Work is collaboration between BETC Paris and The Lego Agency.

Lego is championing the power of creativity with its first brand campaign in 30 years.

Launching today (17 September), the campaign introduces a new tagline, "Rebuild the world", as a rallying cry for children to reimagine a more fun, playful and free universe. Created by BETC Paris and The Lego Agency, it will run globally in markets including Beijing, Berlin, London, Mexico City, New York, Paris and San Francisco across TV, cinema, events and out-of-home.

The film follows a chase scene between a hunter and a clever rabbit, mixing elements of reality with fantastical scenes imagined by kids. Lego bricks don’t appear until the end, but every character and vehicle is based on an actual toy with the same characteristics: so heads can spin 360 degrees, bodies can bend completely backwards, everyday objects are oversized and a boat can fly.

It also appeals to diehard Lego fans by featuring a number of Easter eggs that span generations of Lego, such as the classic wooden duck toy, a dragon wearing trainers designed by Jeremy Scott and a life-sized replica of the Lego House in Billund, Denmark, where Lego has its headquarters.

The work was directed by Traktor through Stink and the soundtrack was composed by electro-musicians and composers Flavien Berger and Jacques. Special effects are by Mikros MPC and Initiative is the media agency. 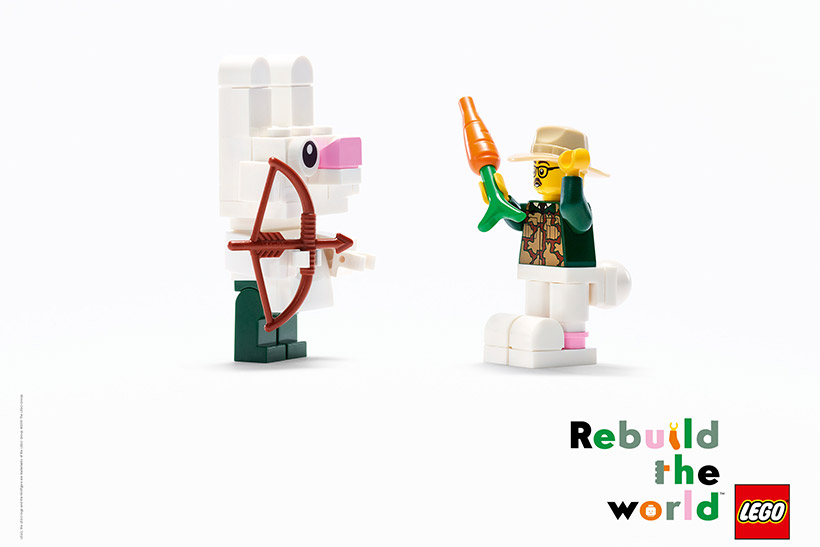 With its first campaign in three decades, Lego wants to remind people that "we’re more than just a toy company – we stimulate creativity", according to Rémi Marcelli, senior vice-president and head of The Lego Agency.

Creativity is one of the most in-demand skills by employers around the world, yet "there is less and less space for creative development" in schools and workplaces, Marcelli said. The line "Rebuild the world" is a call to action for people to develop and express creativity throughout their lives.

"We believe creative people can rebuild the world. We want to take a stand," he added. "We hope people will be inspired by our optimistic view of the world. Creativity is more than artistic expression – it’s the combination of left- and right-brain skills." 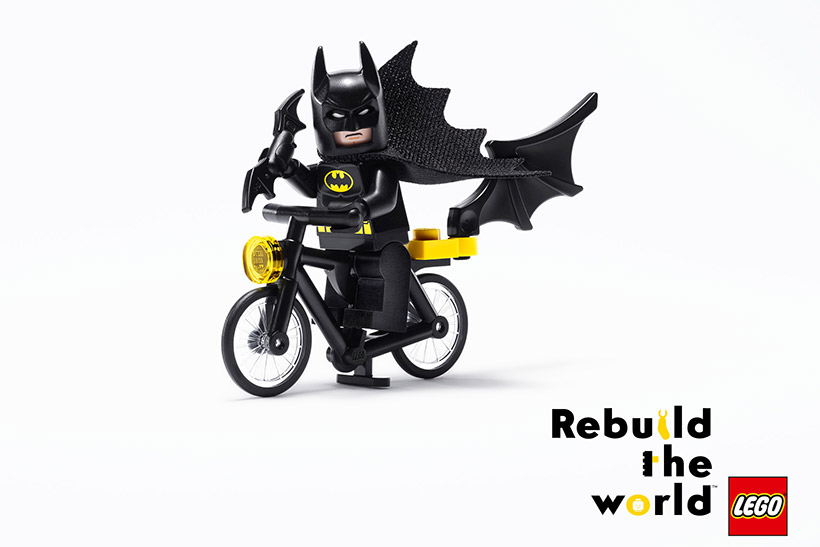 Lego brought on BETC 18 months ago to collaborate with its in-house agency on the campaign. Their brief was to appeal to both children and their parents.

"The line resonates with parents’ hope for their kids and with children who want to play and have fun,"  Rémi Babinet, BETC's founder and creative director, explained. "You learn stuff with Lego that you’ll always remember."

Legoland "Get ready for fun" by BMB