The failure of heavyweight agencies to influence the European Union vote shows that perhaps political advertising remains a forgotten art, after all.

When Dominic Cummings, Michael Gove’s former special advisor and Vote Leave’s campaign director, emailed agencies in March to say he was looking for a shop to help him "spend 7 million quid", he didn’t have many takers. Cummings told Campaign he wanted a "small, hungry and edgy agency" that was not afraid to take risks and upset the government. Which was fortunate because none of the big agencies would touch the brief.

This week, I spoke to Alex Thompson, the 25-year-old who Cummings worked with instead. As the currency markets have since shown, everyone who voted leave took a gamble. But Thompson risked stakes closer to home. He left his job in BMB’s film department to work on the campaign as he wasn’t allowed the time off as unpaid leave. He also split up with his girlfriend, who was an ardent remainer. It was lonely being a leaver in a remain world.

M&C Saatchi made much of its "pocket Miliband" poster for the Conservative’s 2015 general election campaign that showed the then Labour leader in Alex Salmond’s breast pocket. The agency was so proud, it took out an ad in these pages charting the image’s impact on the national press, which shifted its focus on to the potential influence of the Scottish National Party on Labour. And, as David Cameron found out to his cost after their blades switched targets, national newspapers can be deadly and relentless weapons. 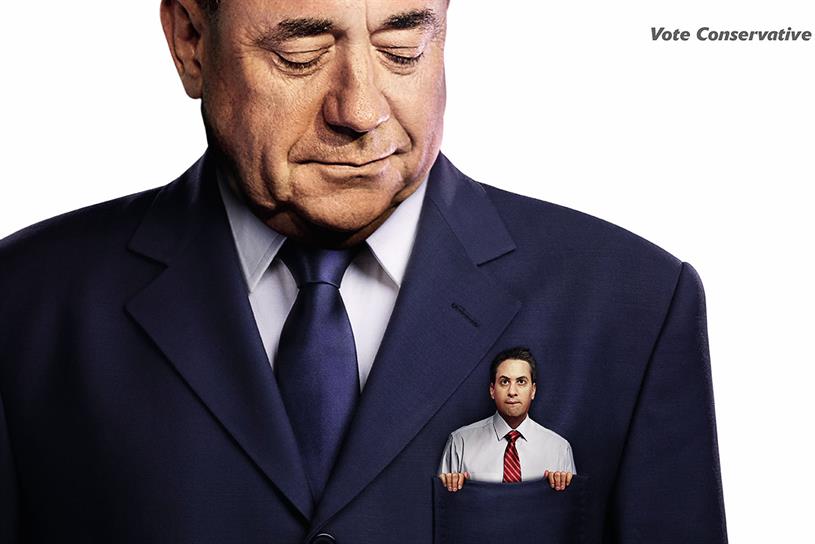 The Miliband ad seemed to mark the return of the proper political poster, resurrected after years of MPs standing in front of Photoshop jobs on ad vans. But the ad was only part of the story. It was accompanied by Edmonds Elder’s painstakingly targeted digital messaging in key marginals. The approach was heralded as the future of British political campaigning, but it’s one the remain side failed to capitalise on, despite bringing M&C Saatchi and Edmonds Elder back together.

In fact, it was the leavers who learnt from Tory successes. They stuck to three messages – take back control, the £350m paid to the European Union each week and immigration – and didn’t get blown off course. Just as it didn’t matter that the £1,250 on the 1992 "Labour’s tax bombshell" ad didn’t rest on the firmest foundations, the leave side celebrated each time opponents criticised its £350m claim, knowing the figure was being etched in people’s memory.

While the agencies helping Britain Stronger In Europe were getting Keira Knightley to swear and encouraging people to get tattoos, Thompson was helping Vote Leave’s pollsters with a football-betting-competition-cum-data-gathering-exercise. Thompson’s ads – which you can watch here – spoke to people in a voice they recognised. Focus groups were also used relentlessly to check the impact of the messaging.

Just as the pro-EU political classes should look to learn from the reasons people voted to leave, the advertising industry would do well to dissect the work of the other side.

The 25-year-old behind Vote Leave's ads

The Remain campaign ads that got away