One year after the launch of PrideAM, founding president Scott Knox questions whether the ad industry has come far enough in representing LGBT+ people.

We set up PrideAM to ensure that anyone who is LGBT+ in our industry feels supported and represented at the highest level. We kept hearing stories of university students who went back into the closet after entering the working world and realised that in 2016 that’s just not OK. In fact, 34% of LGBT+ people are not out at work. That has a huge impact on the creativity and productivity of a large part of the workforce.

Fast forward a year. Over a dozen meetings, 100+ members and an exceptionally active Slack group and we’re starting to see a change in attitudes across the agency landscape. It has by no means been a straight path (pun intended) and we’ve heard many ask why such a group is required. After all, aren’t there lots of "our people" in the industry?

Earlier this year we ran a lesbian ad competition with Diva in which we asked agencies to re-imagine brand ads. The experience of participants showed that there’s still some way to go in creating an open environment where advertising and marketing outputs start to match the society we now live in. 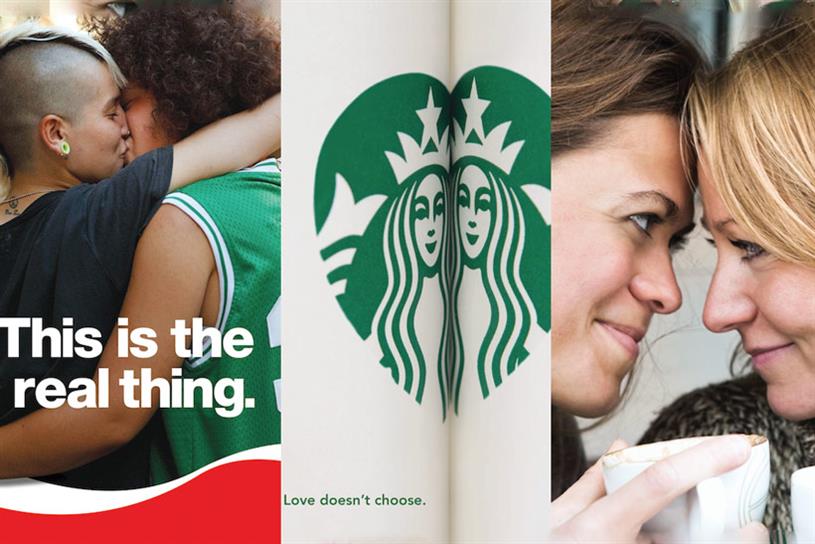 Building on this we conducted a qualitative review of work over the past 12 months and we found repeated instances of LGBT+ individuals being misrepresented or omitted from campaigns. Some brands struggled to visually celebrate LGBT+ relationships on screen, whereas campaigns such as Tesco’s "Basket dating" Valentine’s Day ad by Bartle Bogle Hegarty showed effortless and positive LGBT+ representation.

Laughton said: "The Sainsbury’s ad didn’t resonate with me. The homogenisation of gay culture can be isolating for those who don’t necessary fit the mould". It’s clear there’s still a lot to be done and as we forge more relationships inside and outside of the industry we’re continuing to push boundaries and ask difficult questions to make sure that advertising and marketing become much more representative.

I’m proud of what we’ve achieved over the past 12 months and as I set off on my next adventure and to launch PrideAM North America, I welcome Mark Runacus, managing partner at Karmarama, as the new UK president of PrideAM.

Scott Knox is the founding president of PrideAM

Dare we dream we are on the cusp of a new era of LGBT+ portrayal?

Knox on new LGBT group: 'We want it to have bite'