An essay in the CMA's latest industry report makes the ancestral link.

Since it has successfully reclaimed the phrase, we're happy to say the Always campaign behaved like a girl and swept Marketing's inaugural awards, scooping the Grand Prix and three category gongs in the Cultural Shift, Social Branding and Brand Evolution categories.

The other big brand winner of the night was Airbnb, named Innovative Brand of the Year by Marketing’s editorial team.

Adam & Eve/DDB, the most shortlisted agency in the Awards, was named New Thinking Agency of the Year. The agency’s entries across Unilever brands Flora and Marmite, Save the Children and its much-awarded Harvey Nichols and John Lewis work demonstrated vision and originality.

Here are all the winners, congratulations to you all!

Marketing in the moment (joint winners): Mondelez/PHD for Oreo; and Beats by Dre/R/GA for Game Before the Game

Made In Britain: Unruly

Check out photos from the Marketing New Thinking Awards ceremony. 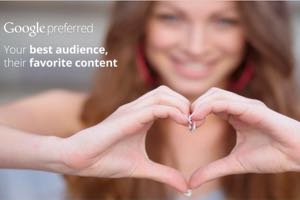 YouTube: how advertisers have responded to the platform's 'Google Preferred'

Almost 30% of the advertisers using Google Preferred are brand new to YouTube as reticent advertisers are lured in by brand safe, TV-like buying options, Marketing's Charlotte Mceleny reports. YouTube shared figures with Marketing exclusively ahead of its splashy Brandcast event in London today.

Google Preferred allows advertisers to ringfence, or reserve, premium inventory. It uses an algorithm to decide on the 5% most premium content "in the eye of the user" by taking into account engagement metrics, such as the amount of time watched and shares.

YouTube then offers advertisers the ability to buy a "line-up", which means they can select by verticals and themes.

Debbie Weinstein EMEA Director of Brand Solution and Innovation at YouTube, said the success of the first year meant YouTube was now going to expand the service into more markets globally.

Brand Republic is back on the live tweeting beat today and tomorrow at ad:tech London. Here are some snackable stats and musings that Twitterers gobbled up. Hopefully it won't ruin your dinner (in this case, write ups from sessions, coming tomorrow).

We start with these observations from Pete Blackshaw, Nestle Global Head of Digital & Social.

.@pblackshaw on digital ROI vs intuition: "What you're doing on social is seen as entertainment, but actually processing lots of data."

.@pblackshaw: "Social media is a selling tool, but not an overselling tool." #adtechlondon @Nestle

Stefan Bardega, global chief digital officer ZenithOptimedia, was discussing the mobile imperative when this slipped from his lips.

.@stefbard on rise of mobile voice search: "Impact is how consumers use it in different way to how they type, and key words" #adtechlondon

Slides from his presentation are here: Five emerging mobile trends for marketers.

And finally, CEO and cofounder of StoryStream had this to say about content and brands.

.@Alex_Vaidya: "Content is forcing brands not to hide behind big budgets, but to be authentic. It’s being true to what brand represents. "

Join us on @BrandRepublic tomorrow for more. 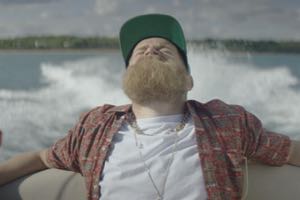 Jimmy's Iced Coffee and Channel 4 have turned the brand's viral hip hop video into a TV ad, Campaign's Gurjit Degun reports. The video was originally launched online in August and was viewed 430,000 times in three weeks.

The ad will launch in the first ad break of The Big Bang Theory on E4 at 11.10pm and will also feature across 4Music and Smash Hits. It has been created by Fearlessly Frank and Deadbeat Films.

Cregan said: "We are so stoked to be working with Channel 4 whose incredibly innovative planning will see our whole 3:30 minute rap track played in an ad break."

Jonathan Allan, the sales director at Channel 4, said: "After meeting Jimmy and then reading about his new music video in Campaign, I thought it looked perfect for Channel 4, so we got in contact again and we were able to work together to get the viral film onto TV.

The latest Content Marketing Association industry report has landed, and this time it's looking at social media. Along with essays, the report quizzed 100 of its members. Presumably taking a leaf out of 50 Cent's book, it asked 21 questions. Here, in brief, are the 21 most popular answers, as statements.

We'd recommend downloading the report to mull over the essays. We especially enjoyed this thought from John Brown's head of content, Matt Potter, in his essay "More social, less media":

Research suggests that simply manifesting a social presence that people find engaging, outgoing and interesting has hard value in itself. One clue as to how comes from the study of the social behaviours we share with animals. Primates strengthen social bonds in large groups by approaching each other, smoothing fur and removing (often imaginary) fleas. This grooming often has no direct link to hygiene, it’s simply a way of affirming a shared connection, and in doing so stimulating the production of endorphins and the hormone oxytocin responsible in humans for feelings of intimacy, compatibility and bonding.

It’s a direct ancestor to ‘Liking’ or ‘Favoriting’ a post and may explain the pleasurable feeling of being followed or retweeted by a strong or credible social media account.