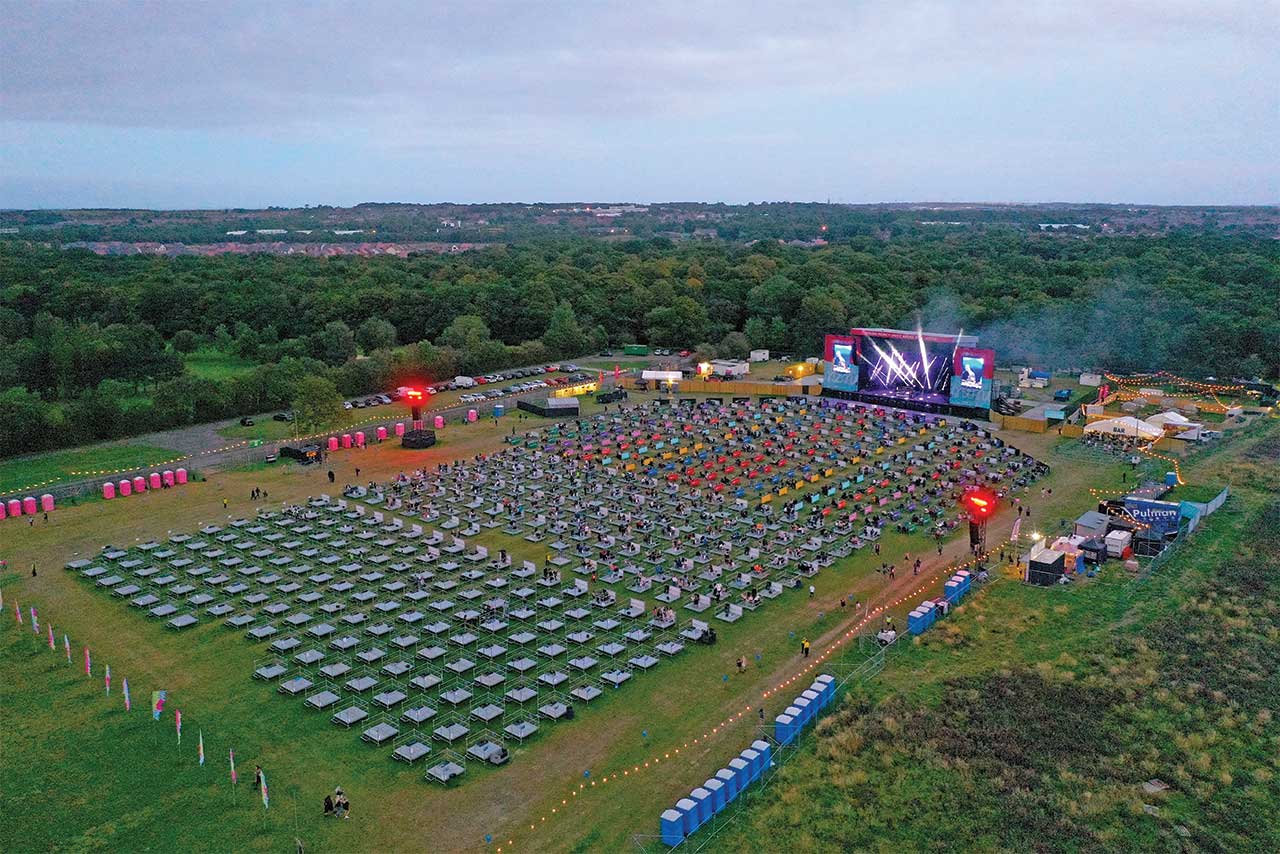 Faced with a socially distanced world, Virgin Money devised a new format to deliver a concert experience to fans. Through the use of viewing platforms, guests were able to stay safely apart while enjoying a hefty dose of much-missed live music together. The open-air arena in Newcastle had a capacity for 2,500 people and featured performances by bands Supergrass and The Libertines. 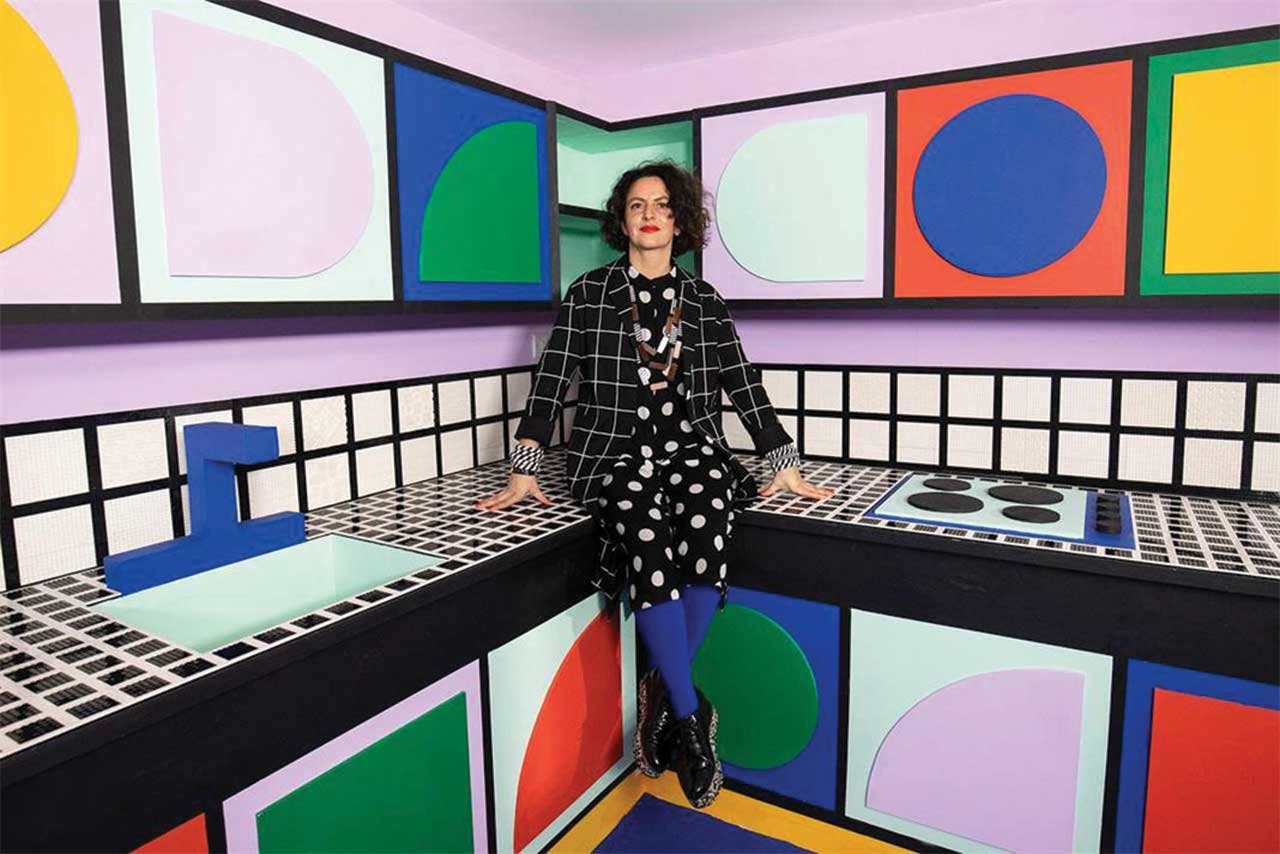 Lego partnered artist Camille Walala on a creative event that brought its new tile product to life. The "House of Dots" was an interactive, five-room house at Coal Drops Yard in London's King's Cross. Inside the vibrant building, visitors were able to explore, design their own patterns and try out an eight-foot slide. Walala's signature style of brightly coloured, geometric patterns proved the perfect match for the plastic brick company. 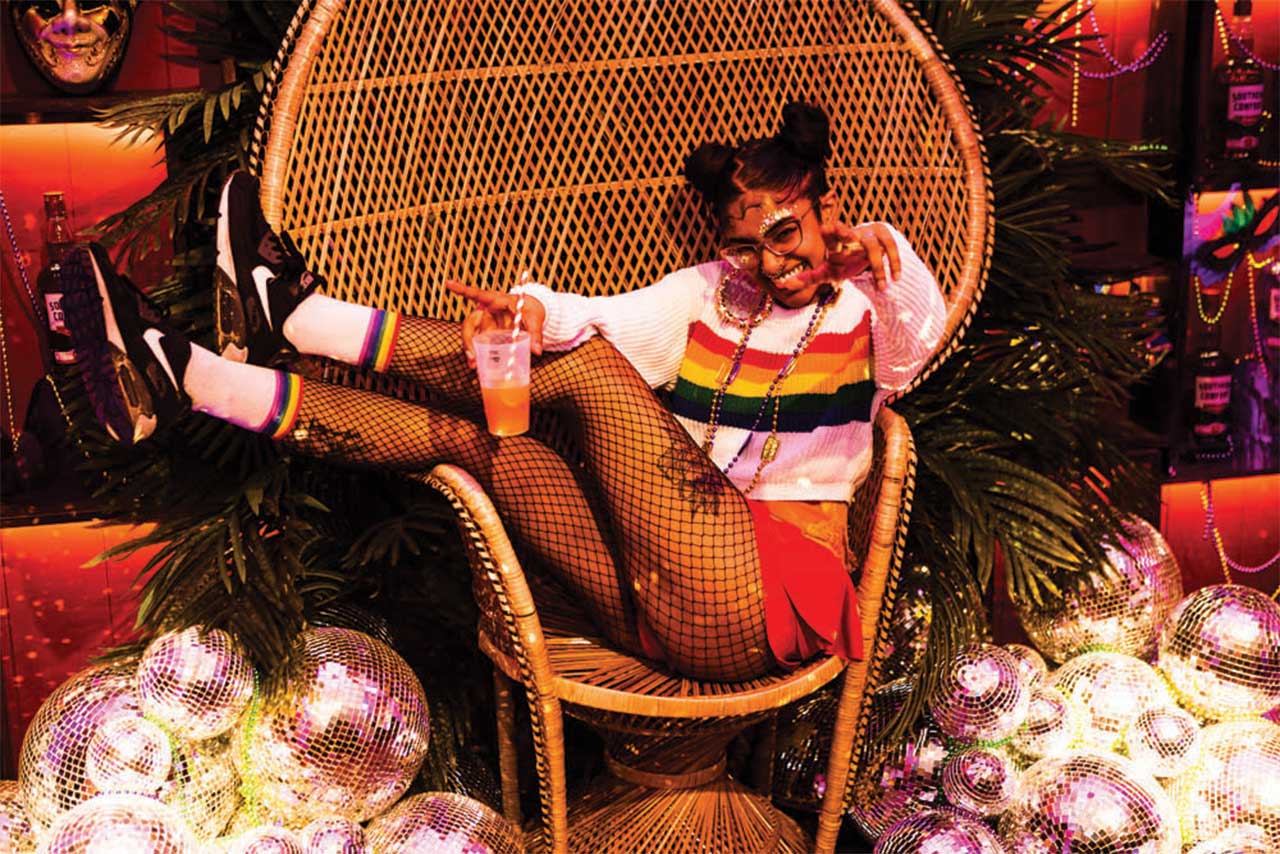 Southern Comfort delivered the spirit of New Orleans to London with a two-night Mardi Gras party. At the 26 Leake Street venue, in London's Waterloo, consumers were greeted by the sights, sounds and smells of the French Quarter. East London group Hackney Colliery Band paid tribute to the New Orleans marching band tradition with an acoustic set and were accompanied by dancers that got the crowd involved in the proceedings. 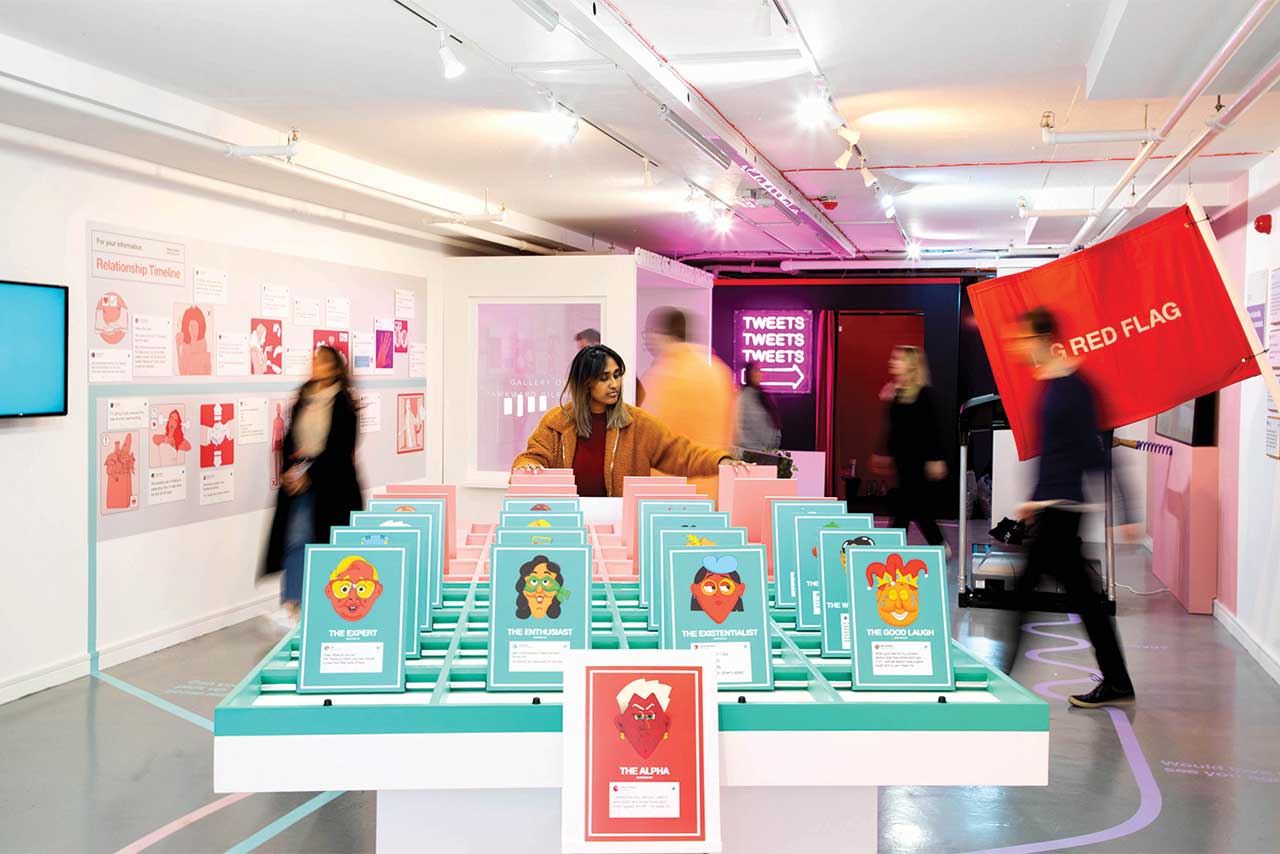 Twitter marked Valentine's Day with an interactive pop-up that brought to life real tweets about dating. The "Dating Twitter advice bureau" featured amusingly named interactive installations including the "Wheel of misfortune", the "Ghosting graveyard" and the "Gallery of awkward silences". Visitors were also able to explore a neon-lit adult area and glimpse X-rated tweets at the peep show. During the curation process, Twitter and Flying Object invited researchers representing various communities to identify tweets to use in the project that were representative of Twitter. 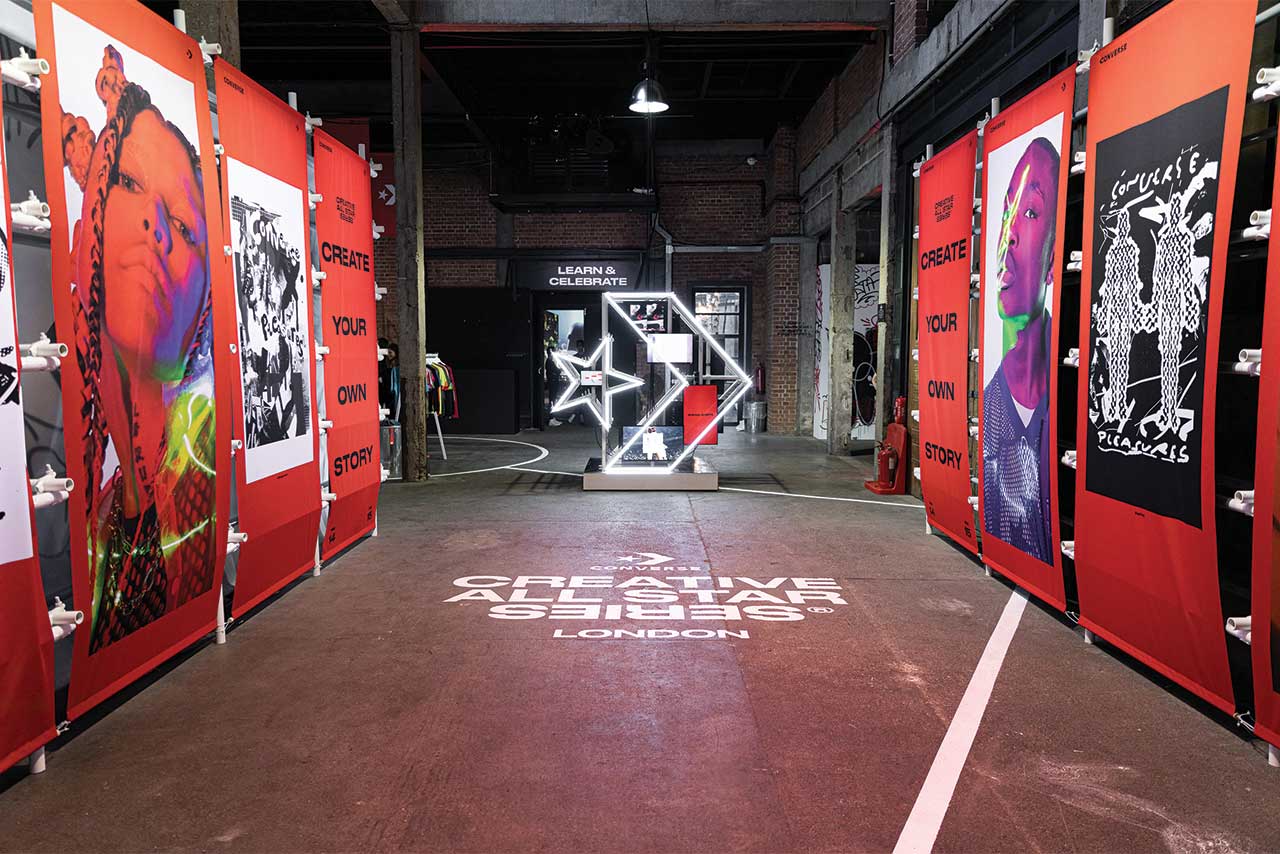 Converse brought together a collective of creatives for its "Creative All Star series" to celebrate its Pro Leather collection. Visitors were able to take part in conversations with artists and creative classes, watch performances and attend parties at London's Hoxton Docks, surrounded by shoe-inspired installations. A collaboration with restaurant chain Nando's involved the brand hosting a Converse Chuck 70 customisation session, where a variety of colours and design techniques could be used to create a South African-inspired shoe. 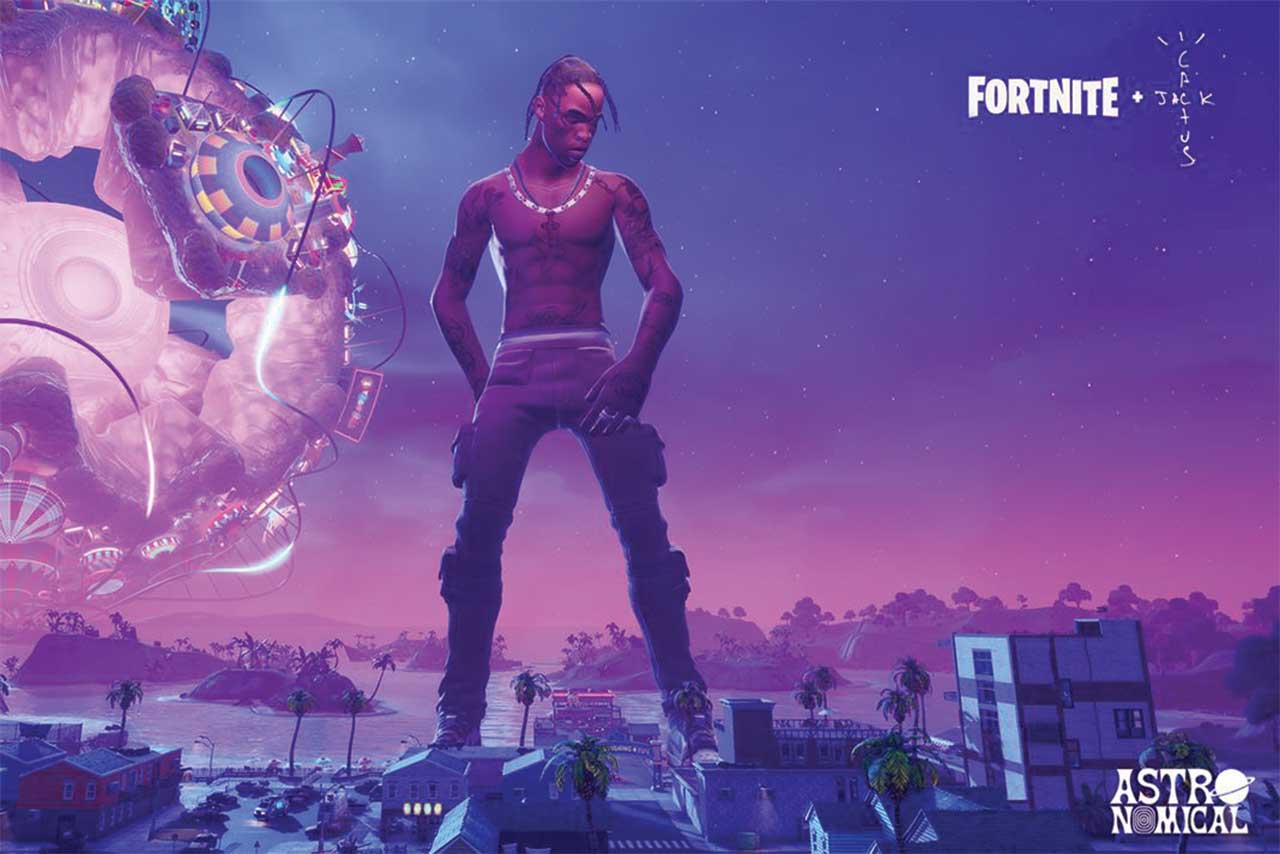 Epic Games' Fortnite hosted an in-game performance by Travis Scott. The concert ran across five events and recorded 27.7 million views making it Fortnite's largest in-game gathering. The gig redefined what large-scale live experiences could be at a time when crowds were unable to be together in person. The virtual gigs delivered an experience that went beyond borders, enabling Scott to offer a front-row experience to millions. Epic produced an event that really was epic. 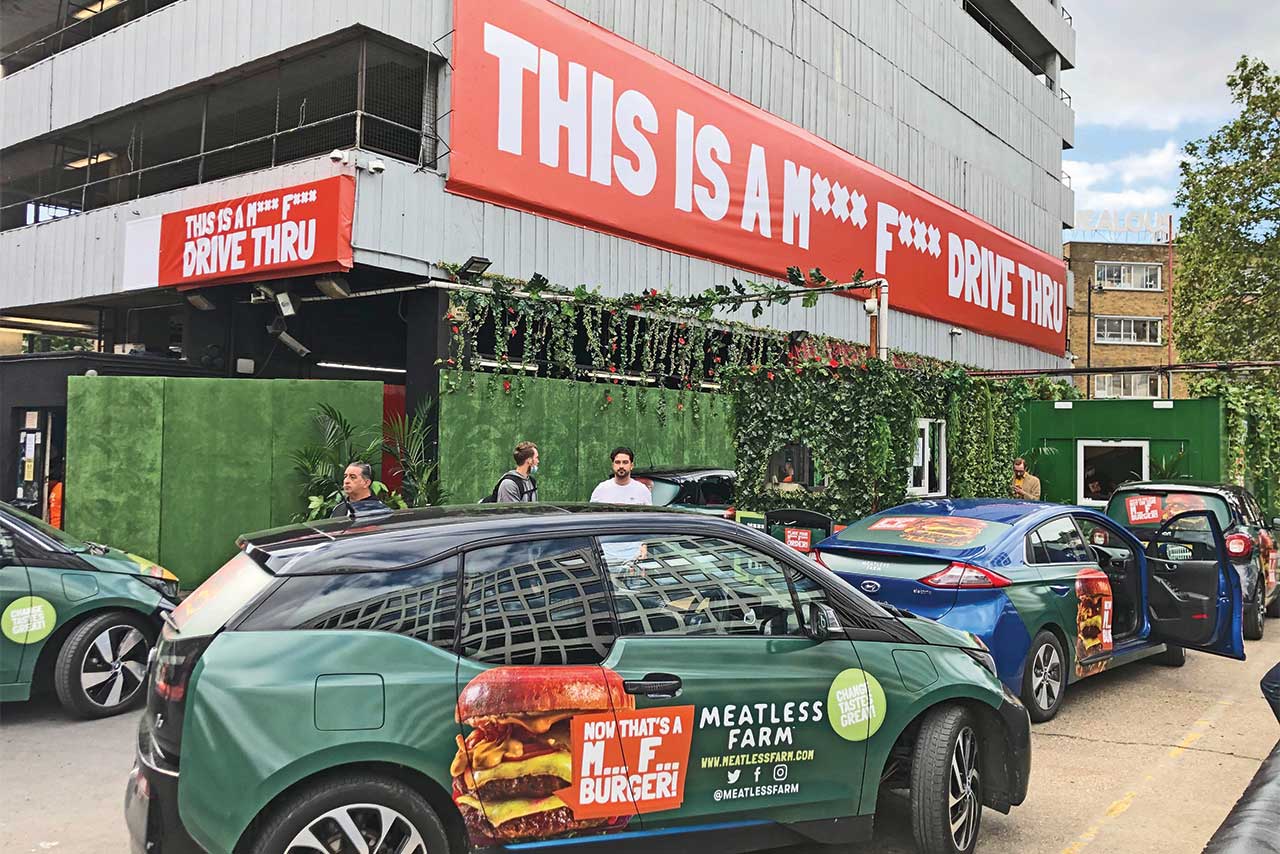 Veganism got sweary to good effect when Meatless Farm, the plant-based food brand, opened a pop-up drive-thru in collaboration with street-food caterer Mother Flipper. For six days, the activation took over the American Car Wash in Hackney, east London, with customers able to visit by car, bike, on foot or on e-scooters. Bold signage and the forest-green exterior made the pop-up stand out against the eclectic backdrop of Shoreditch. 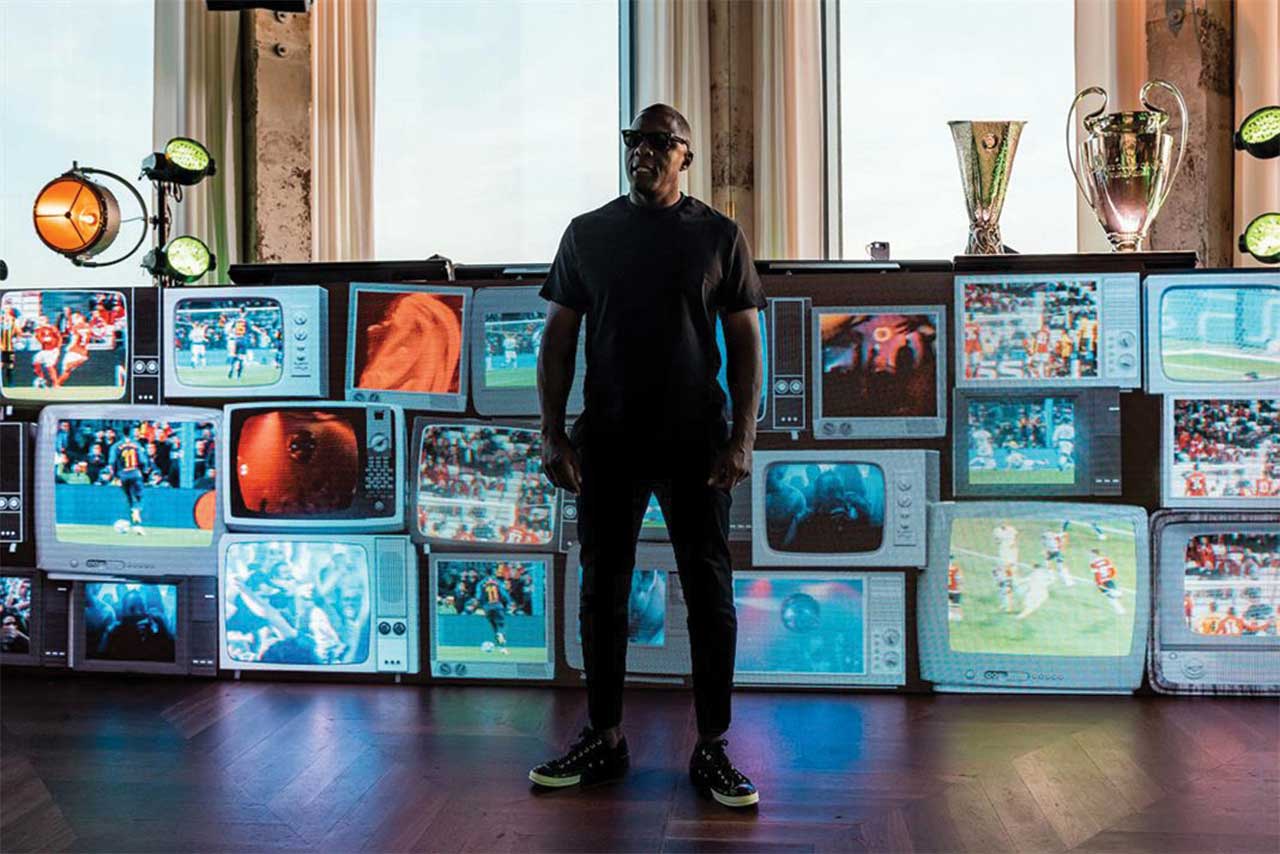 Heineken put its status as an official partner of football's Uefa Champions League and Europa League to good use, hosting a virtual celebration to mark the return of the European club competitions. The eight-hour extravaganza featured several DJs, including Idris Elba, playing from different locations around the world and was presented from Estádio da Luz in Lisbon, the venue of this year's rearranged Champions League final. With "Kick off", Heineken provided viewers with an exciting visual display enhanced with eye-catching set design. 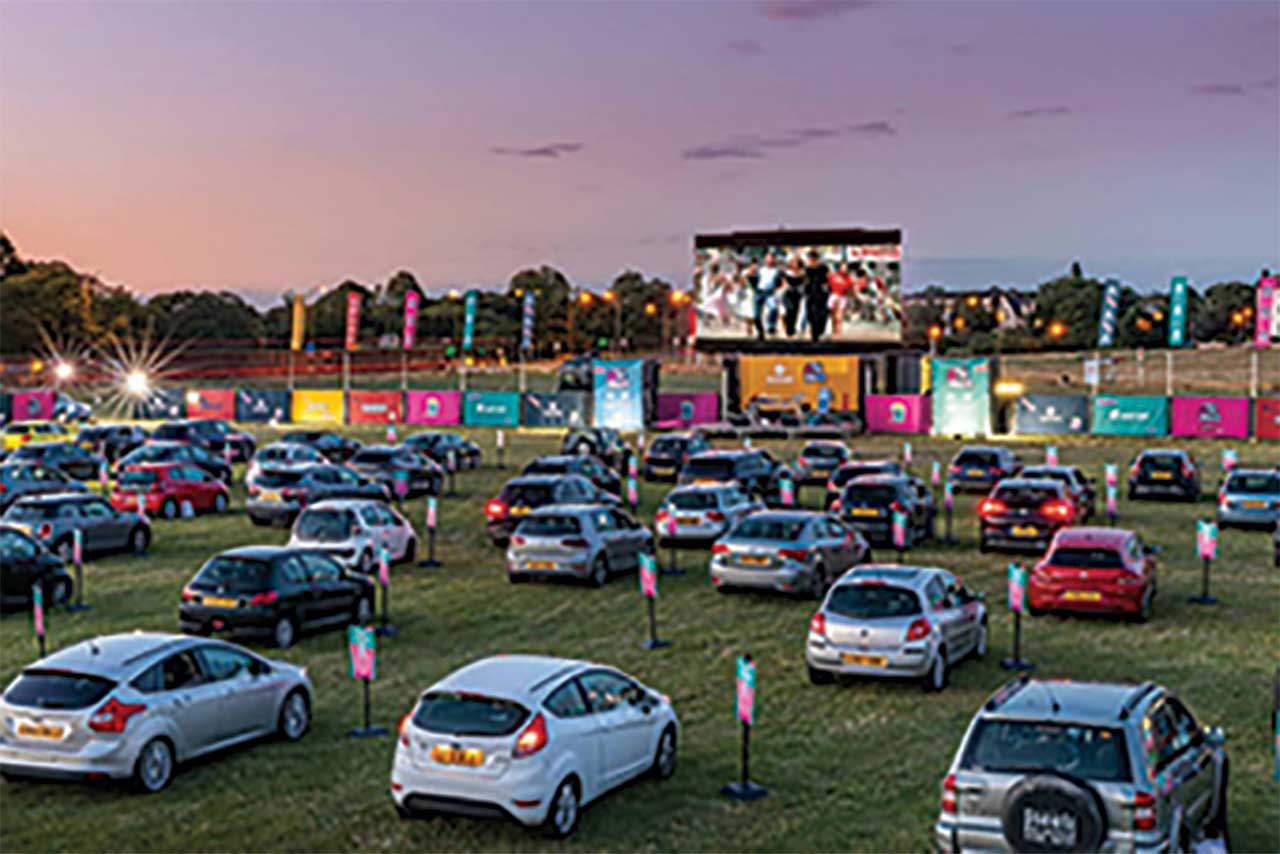 Suzuki partnered drive-in cinema company @TheDriveIn to deliver a modern take on the classic drive-in experience. Some 126 events were hosted in cities across the UK with classic films such as Grease, Back to the Future and The Lion King on show. Pre-film comedy helped to bring the audience together and there was fast food available from TGI Fridays. Cars were socially distanced and digital menus meant the whole experience could be enjoyed from the comfort of the audience's vehicles. 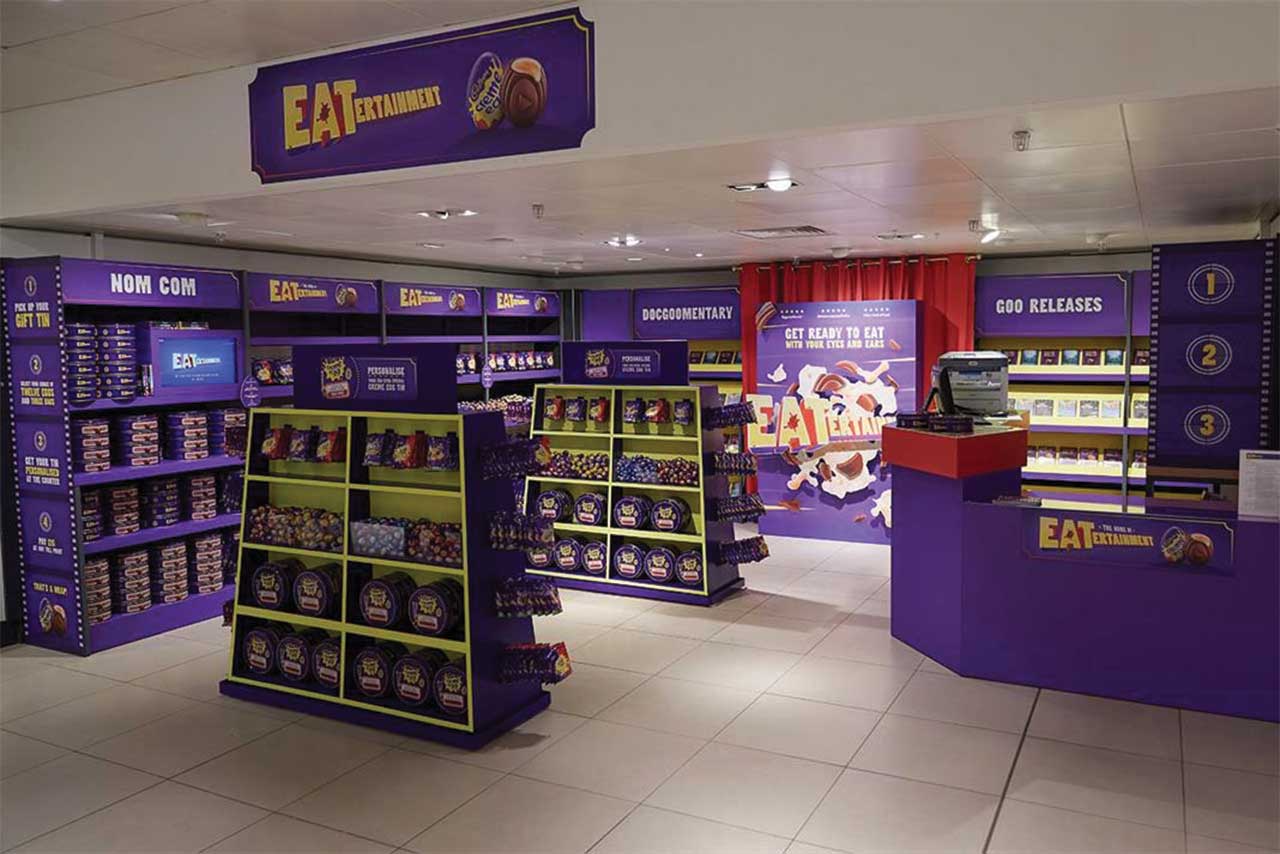 Cadbury Creme Egg brought its "EATertainment" video-streaming platform to life with a retro video shop set-up in John Lewis' flagship Oxford Circus store. The activation, the run of which was unfortunately cut short by lockdown, tapped in to nostalgia for video shops of the past and gave shoppers an opportunity to browse the titles available on the EATertainment platform and watch highlights of the content. Visitors were also able to personalise a movie-inspired tin and fill it with Easter goodies from the chocolate brand.