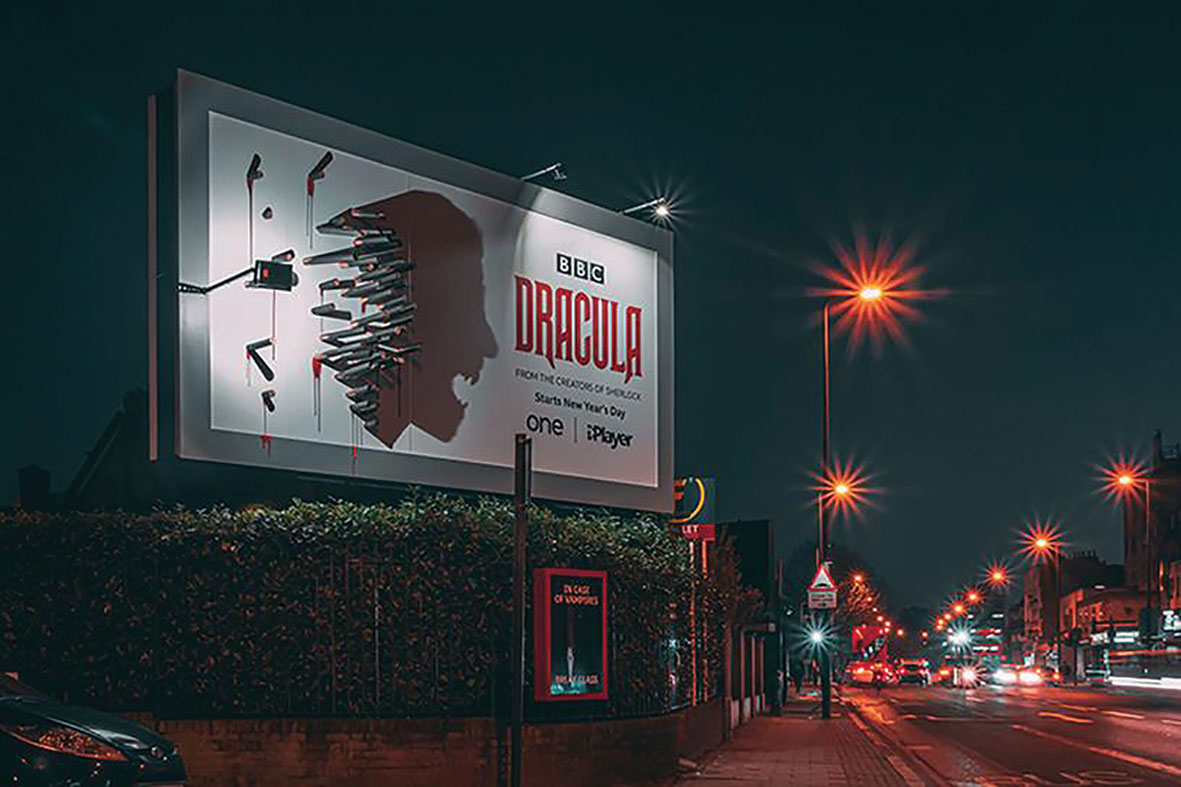 Like its subject, Dracula, this billboard came alive only once the sun had set. By day, the poster promoting the BBC TV series, seemed to comprise only a series of embedded stakes. But as darkness fell, it revealed a silhouette of the Transylvanian count’s face. In a nice touch, below the billboard was a glass box containing a stake and bearing the words: “In case of vampires – break glass.” 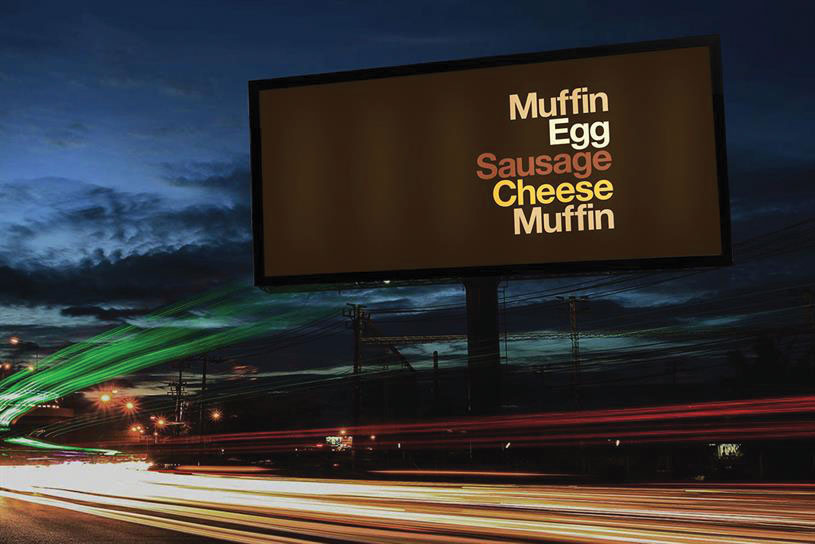 Avoiding the use of its logo or product images, McDonald’s relied on its menu instead, arranging the words “Muffin, egg, sausage, cheese, muffin” to loosely resemble a Sausage & Egg McMuffin. The work was produced with typographer David Schwen. 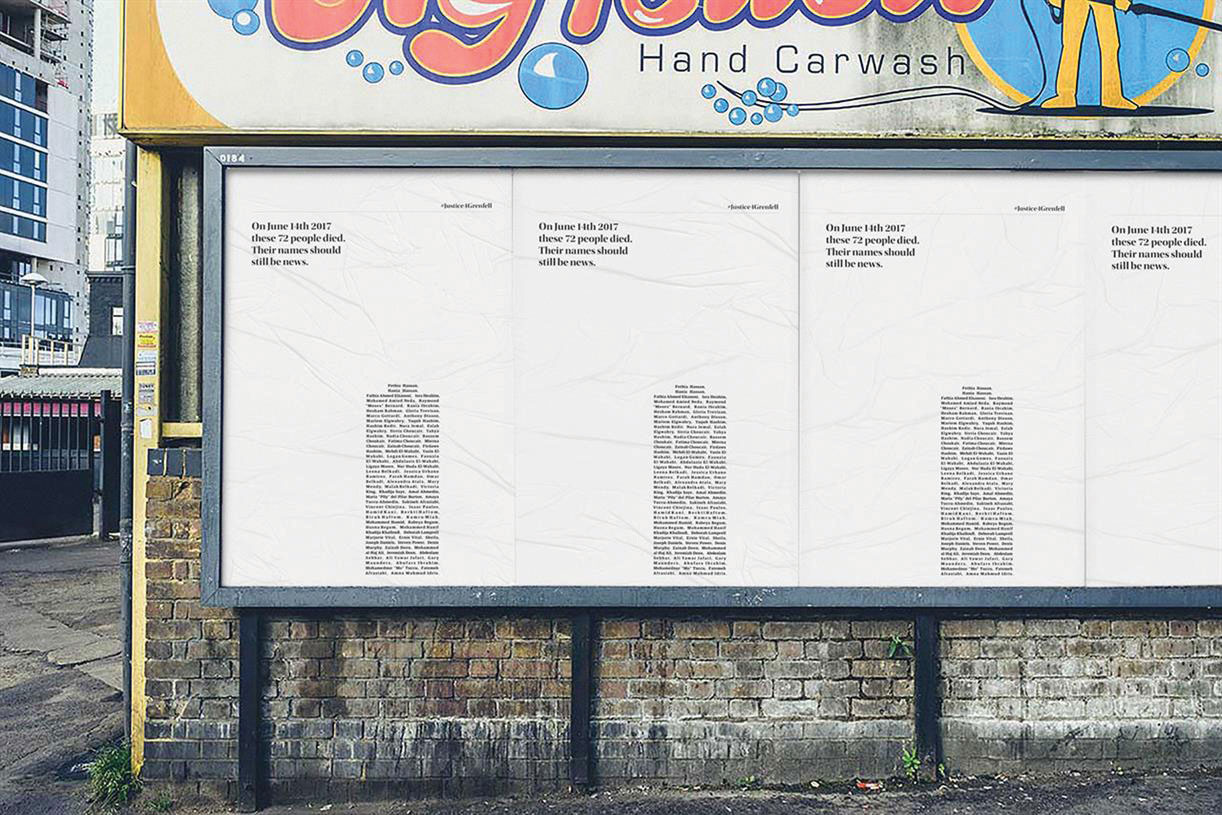 Three years after the Grenfell Tower fire, the community is still seeking justice. To commemorate the 72 people who died – and the 293 left homeless – the organisation took over outdoor sites and print ads with their names in the format of the tower. 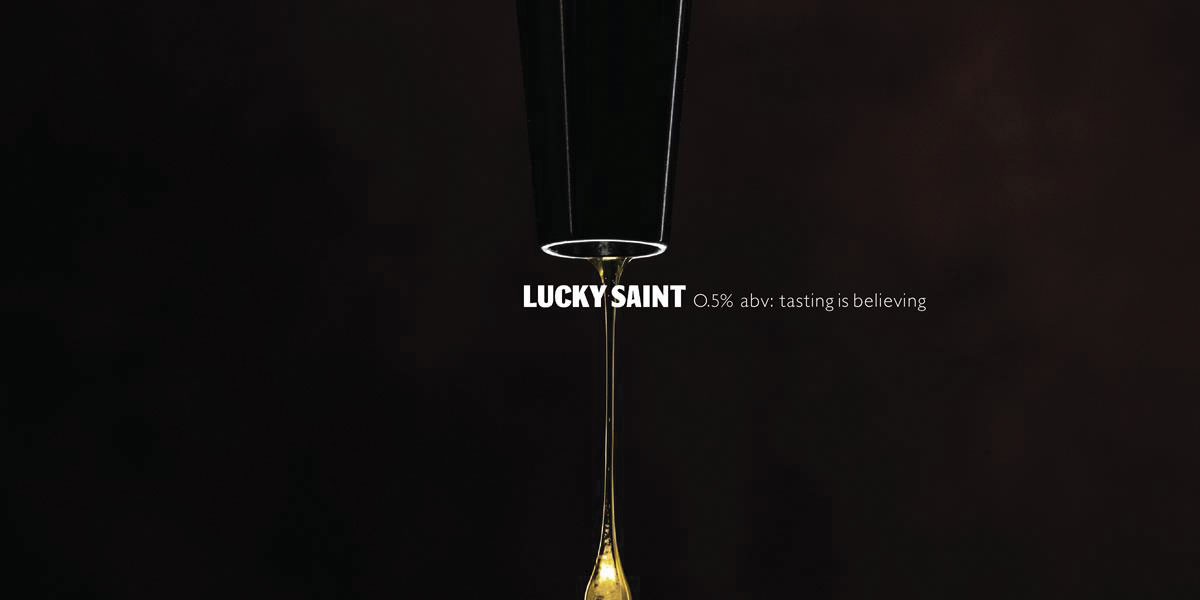 Low-alcohol beers are on the rise (supermarket sales were up 41% year on year in 2019). However, many fall down on perceptions of taste compared with standard-strength beers. So Lucky Saint’s billboards used close-ups of its 0.5% range, with the tagline: “Tasting is believing.” 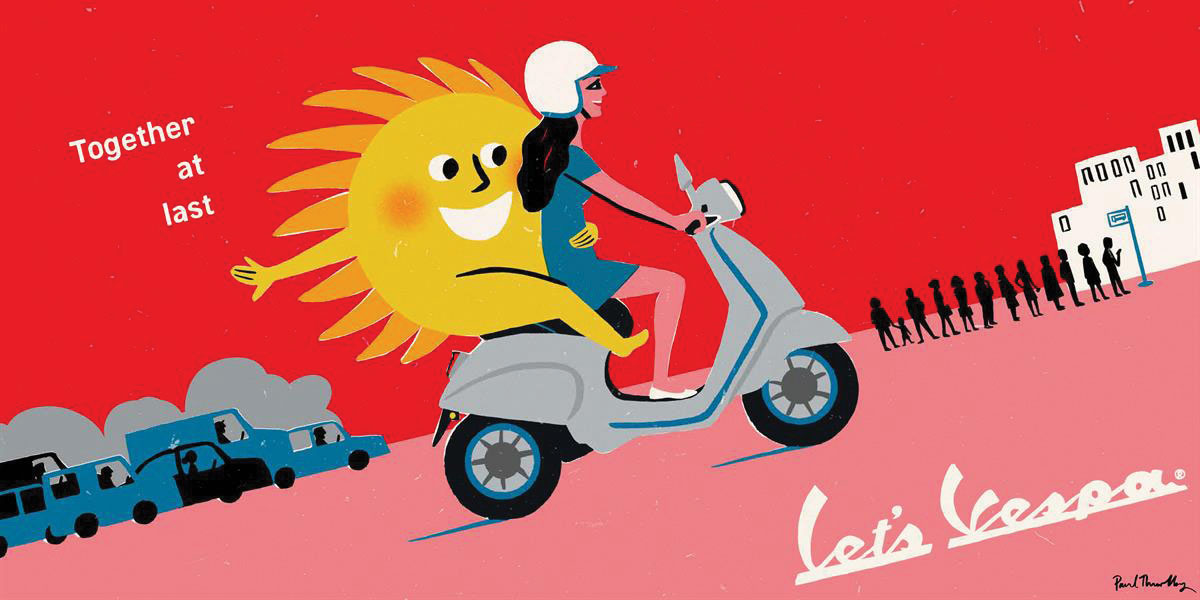 The lack of freedom imposed by the first national lockdown was tough to deal with. Vespa captured the feeling of coming out of it by reviving its 1950s slogan “Vespizzatevi” (“Let’s Vespa”) and running colourful images with the line: “Together at last.” 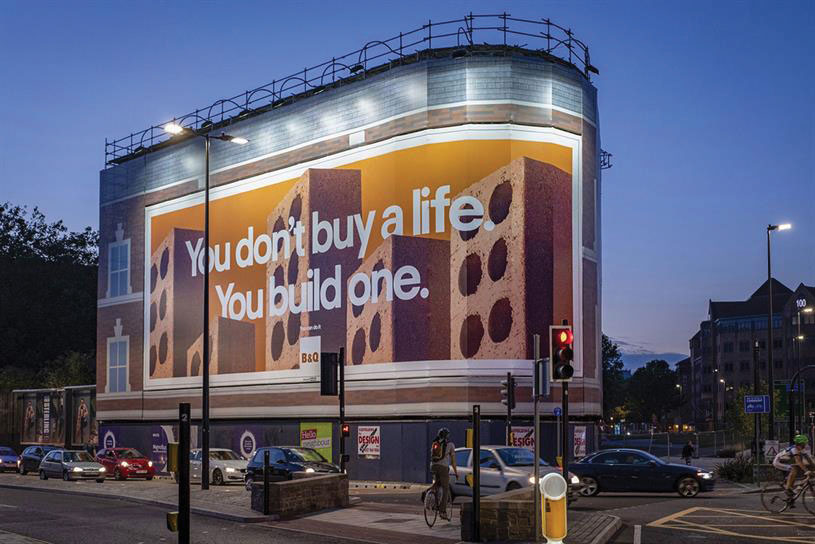 Moving away from traditional home-improvement ads, B&Q’s emotional approach led to 17 out-of-home executions that showed what everyday DIY products can mean to people. For example, a garden shed was paired with the word “Peace” and an image of a dimmer switch with “First kiss”. 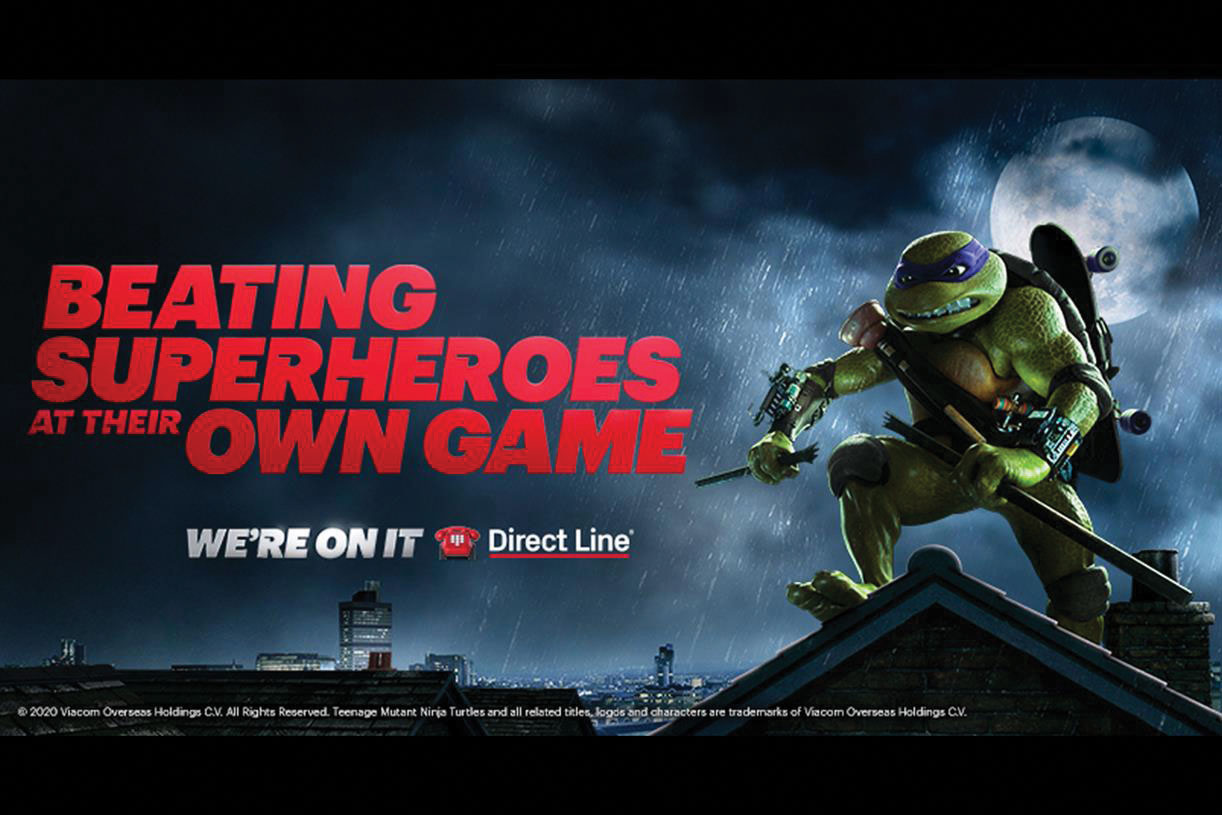 Direct Line had to pull something big out of the bag to replace brand character Winston Wolf, and it did. Outdoor ads carried the line “Beating superheroes at their own game” alongside Ninja Turtle Donatello, RoboCop and Bumblebee the Transformer. 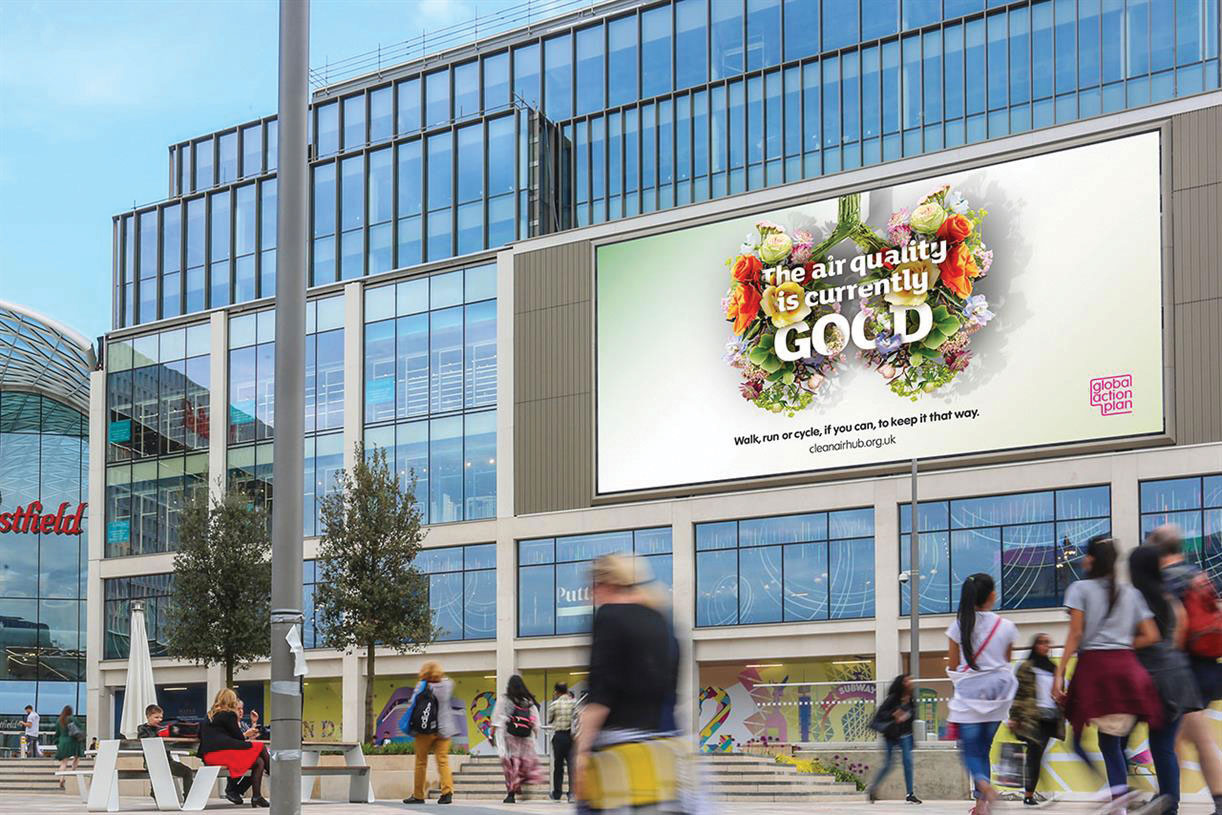 The floral lungs on these breathable posters reacted to localised data from the Daily Air Quality Index, blooming when pollution was low and withering when high. Charity Global Action Plan’s aim was to promote cleaner air. 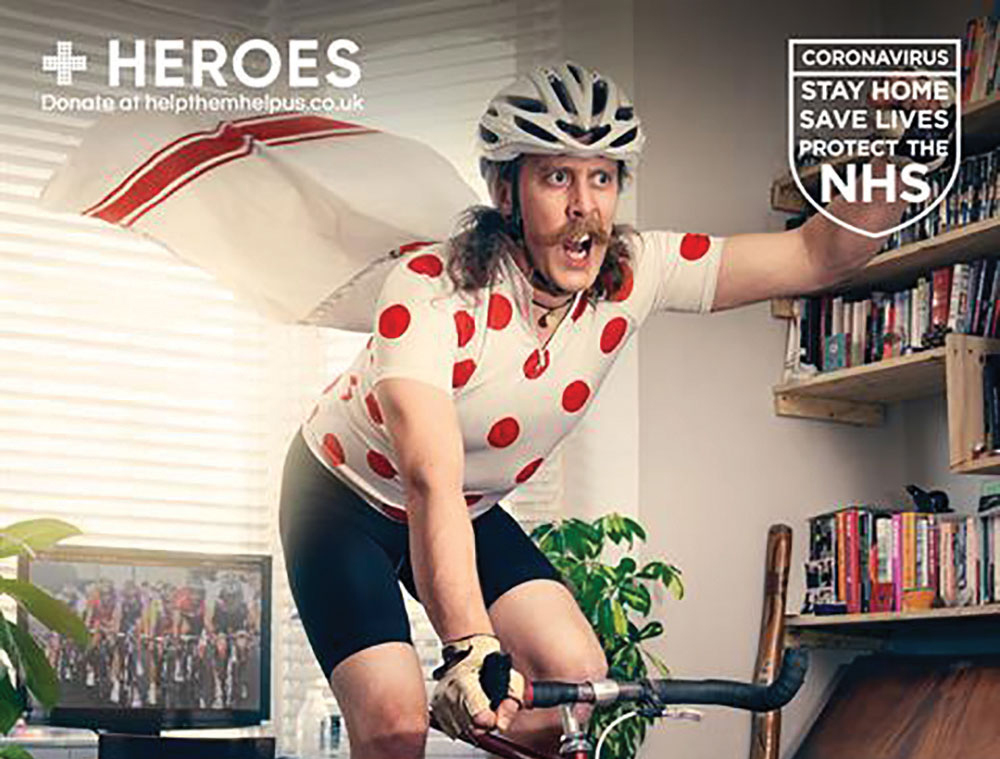 Baking and exercising at home were some of the ways people kept busy during lockdown. But as lockdown-fatigue hit, NHS workers charity Heroes (now called Healthcare Workers’ Foundation) commissioned 26 photographers to celebrate people who were following the rules and staying put. 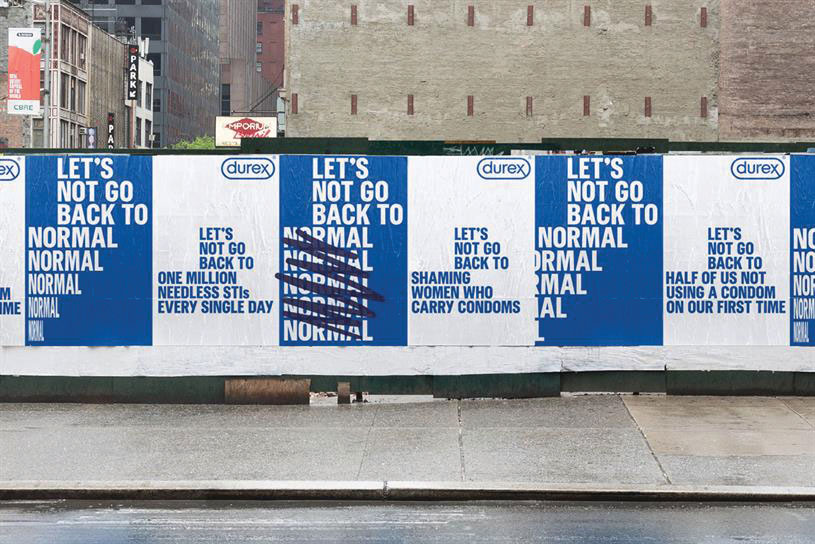 The condom brand used the end of lockdown to encourage people not to go back to the old ways when it came to sex. The ads carried lines such as “Let’s not go back to shaming women who carry condoms”.