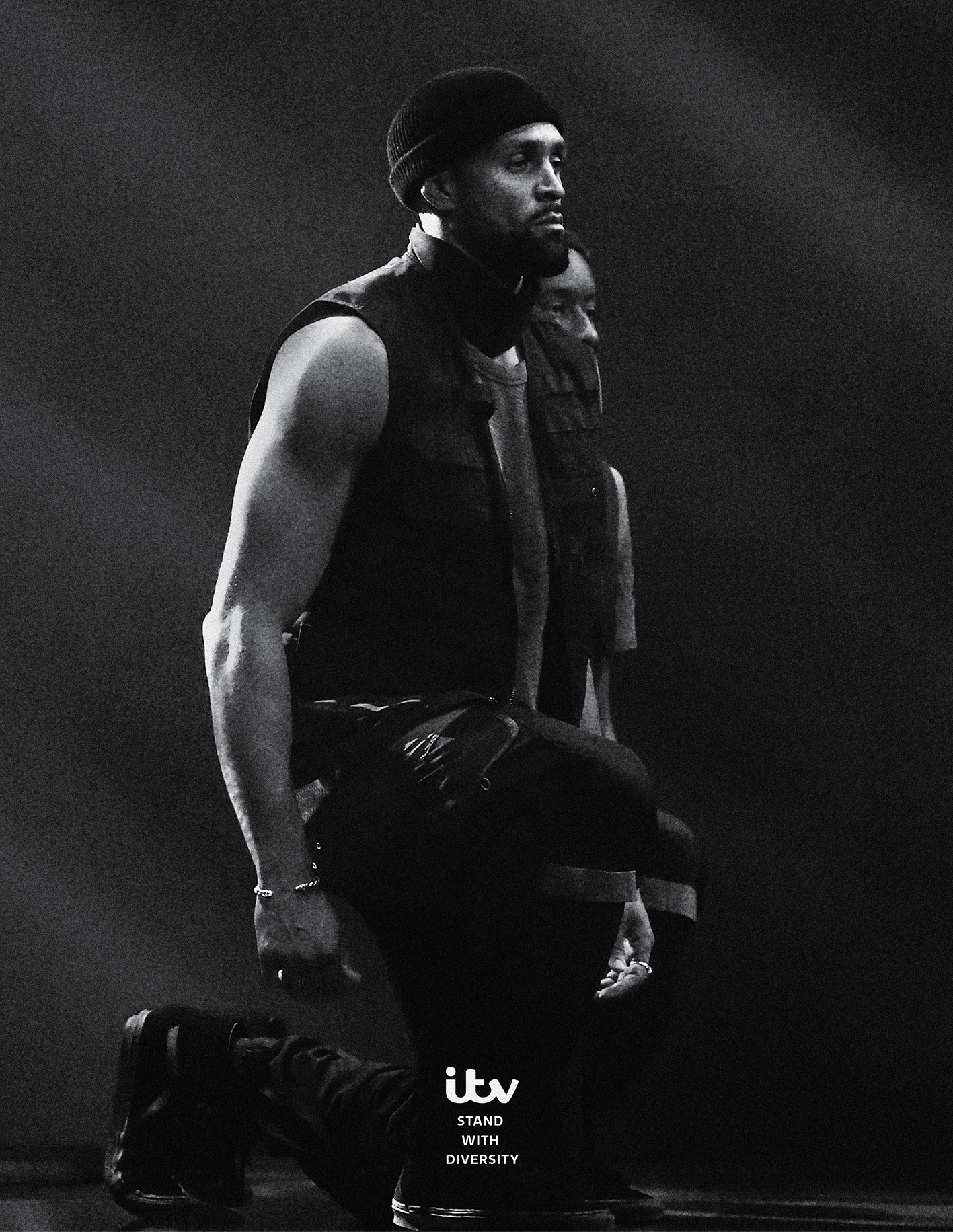 After Diversity’s performance on Britain’s Got Talent garnered more than 24,000 complaints to Ofcom, ITV ran press ads in national newspapers showing its support for the dance troupe. The broadcaster had already made a series of pledges to support ethnic-minority talent this year, showing its active commitment to the line: “We are changed by what we see. Just as we are changed when we are seen.” This ad also followed the excellent “Britain get talking” press activity, raising awareness of mental health in April. 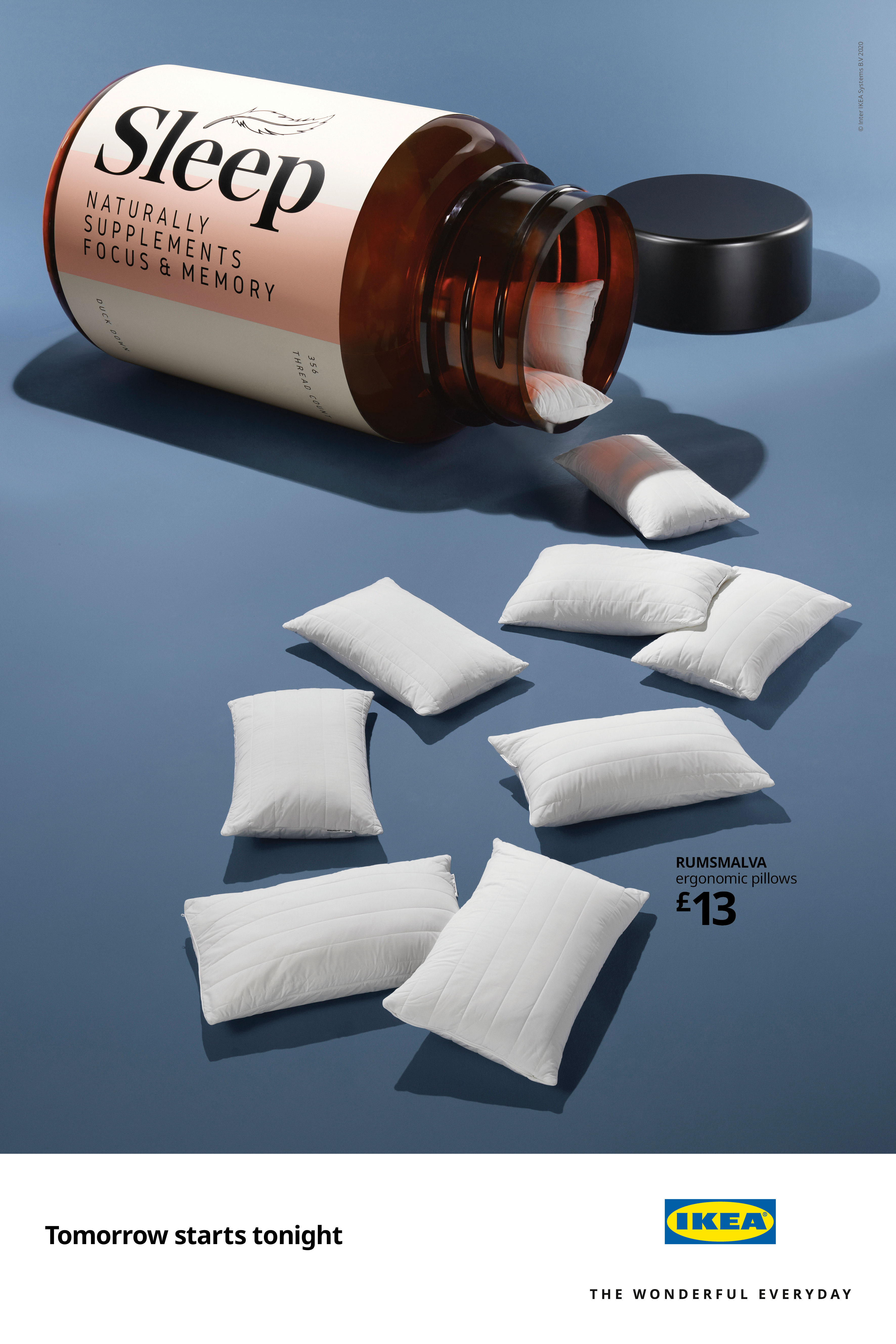 Ikea has often taken a bold approach to promote its sleep products – from a nightclub filled with beds to a retelling of The Tortoise and the Hare – and this is no exception. Styling bedroom items to spoof ads for products that purport to improve health or wellbeing, the executions show that no special cream, drink or pill could beat a good old bit of shut-eye. Impressively, Mother chose not to rely on effects but to build giant models to shoot these stunning photographs.

3 Women’s Aid “The pattern of abuse” 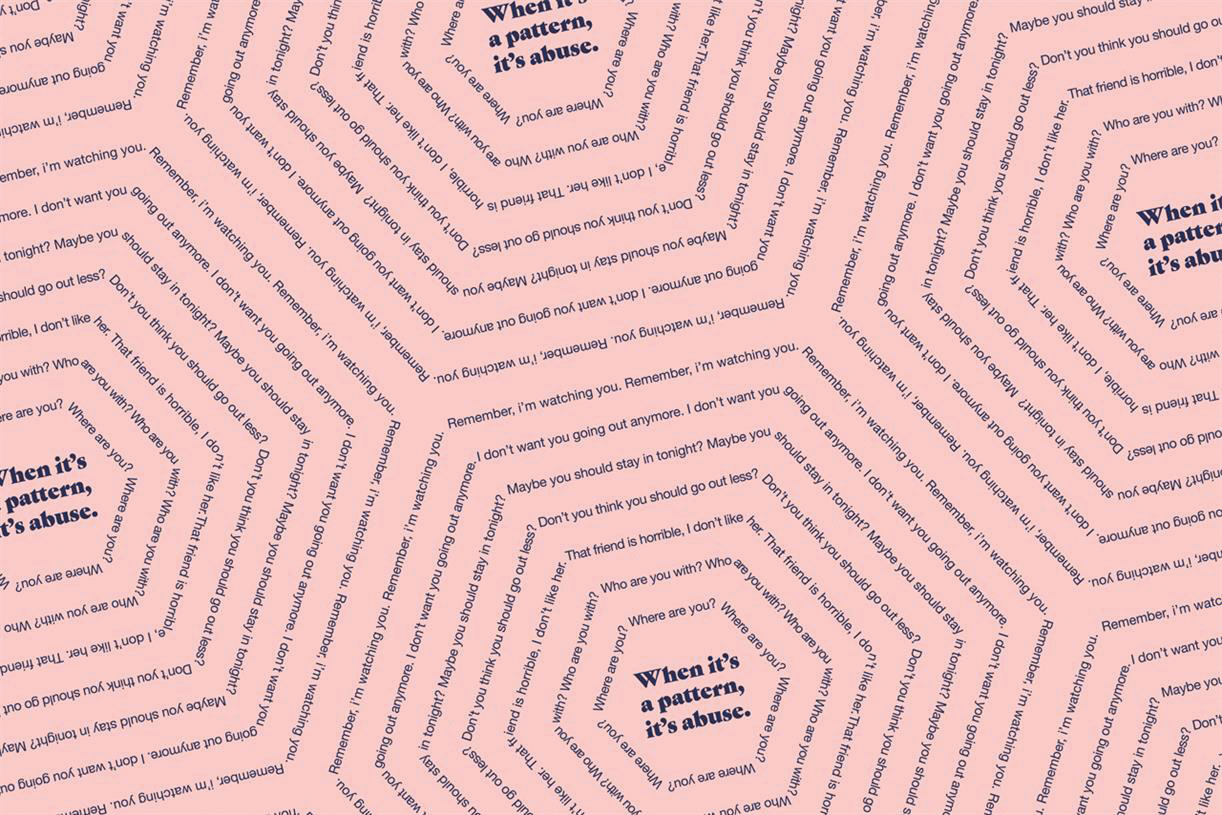 Amid an alarming number of reports to the police of coercive control (and that was before lockdown, which resulted in a surge in domestic violence), Engine created an execution, in Vanity Fair, highlighting this issue. At first glance the ad is a series of patterns on a soothing pink background, on closer inspection the hexagonal shapes contain abusive phrases such as: “Remember, I’m watching you.” The motif is emphasised in the strapline: “When it’s a pattern, it’s abuse.” 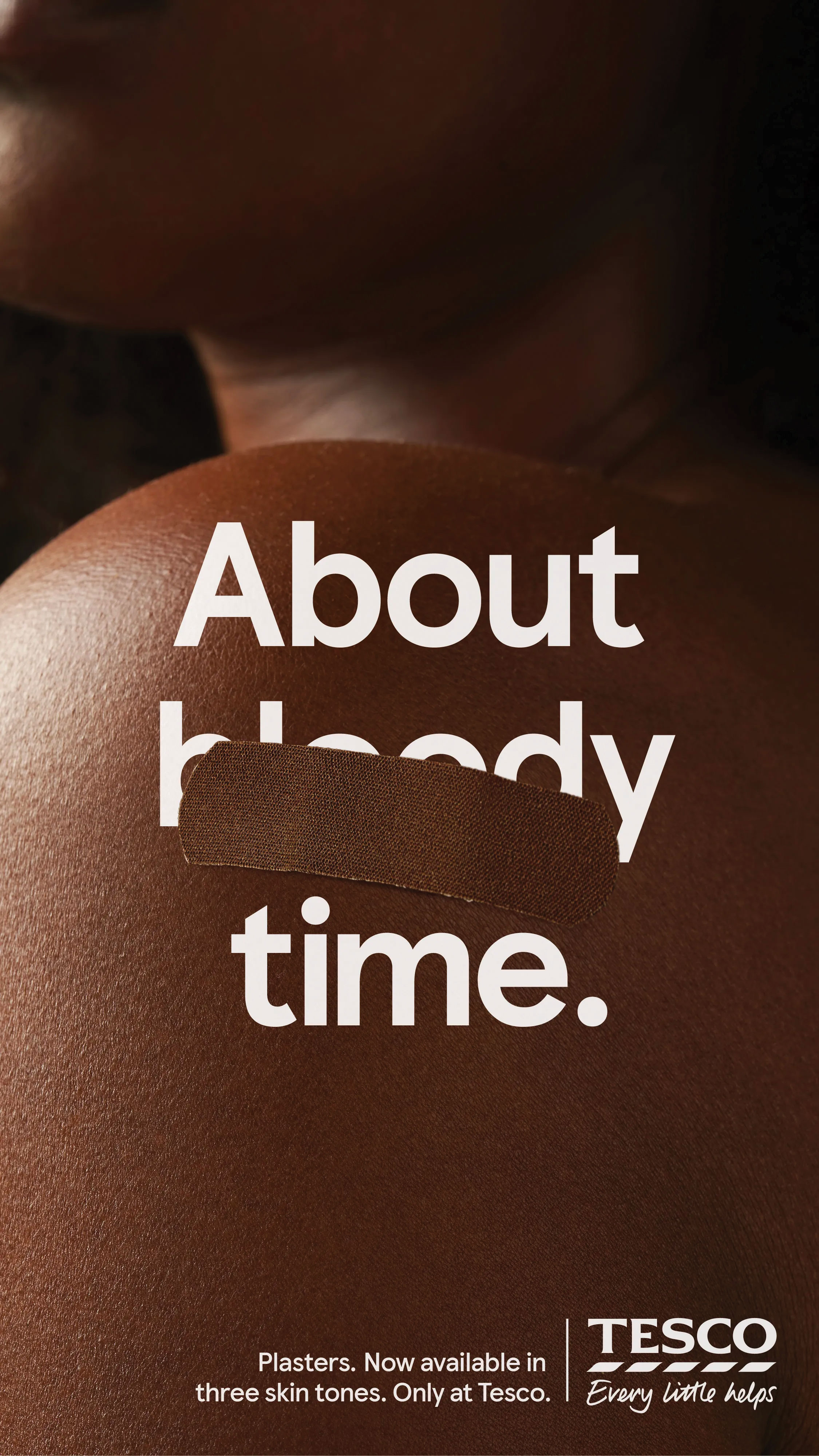 Inspired by a tweet from a man who gave an emotional response to finding plasters that matched his colour for the first time, Tesco became the first UK supermarket to develop plasters for a variety of skin tones. What’s more, the brand collaborated with its BAME employee network to test the product, give feedback and influence the final design. An important product made more memorable by eye-catching press activity.

5 Government “All in, all together” 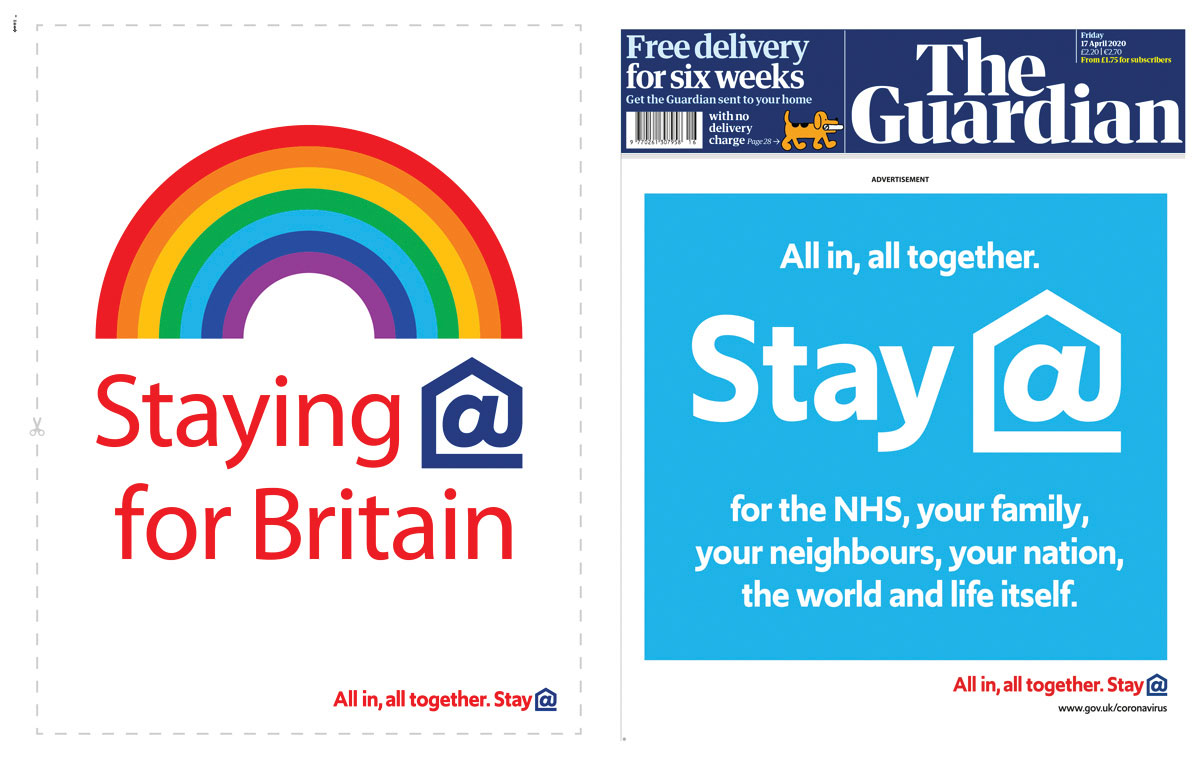 OmniGov, the Manning Gottlieb OMD unit that handles government work, co-ordinated a deal that meant the same coverwrap appeared on all national and regional daily newspapers on 17 April (followed by weeklies the week after). An industry first, the multimillion-pound campaign showed the impact news brands can make when they collaborate. The brightly coloured message urging readers to stay at home was accompanied by a rainbow that could be used as a poster to put in windows. 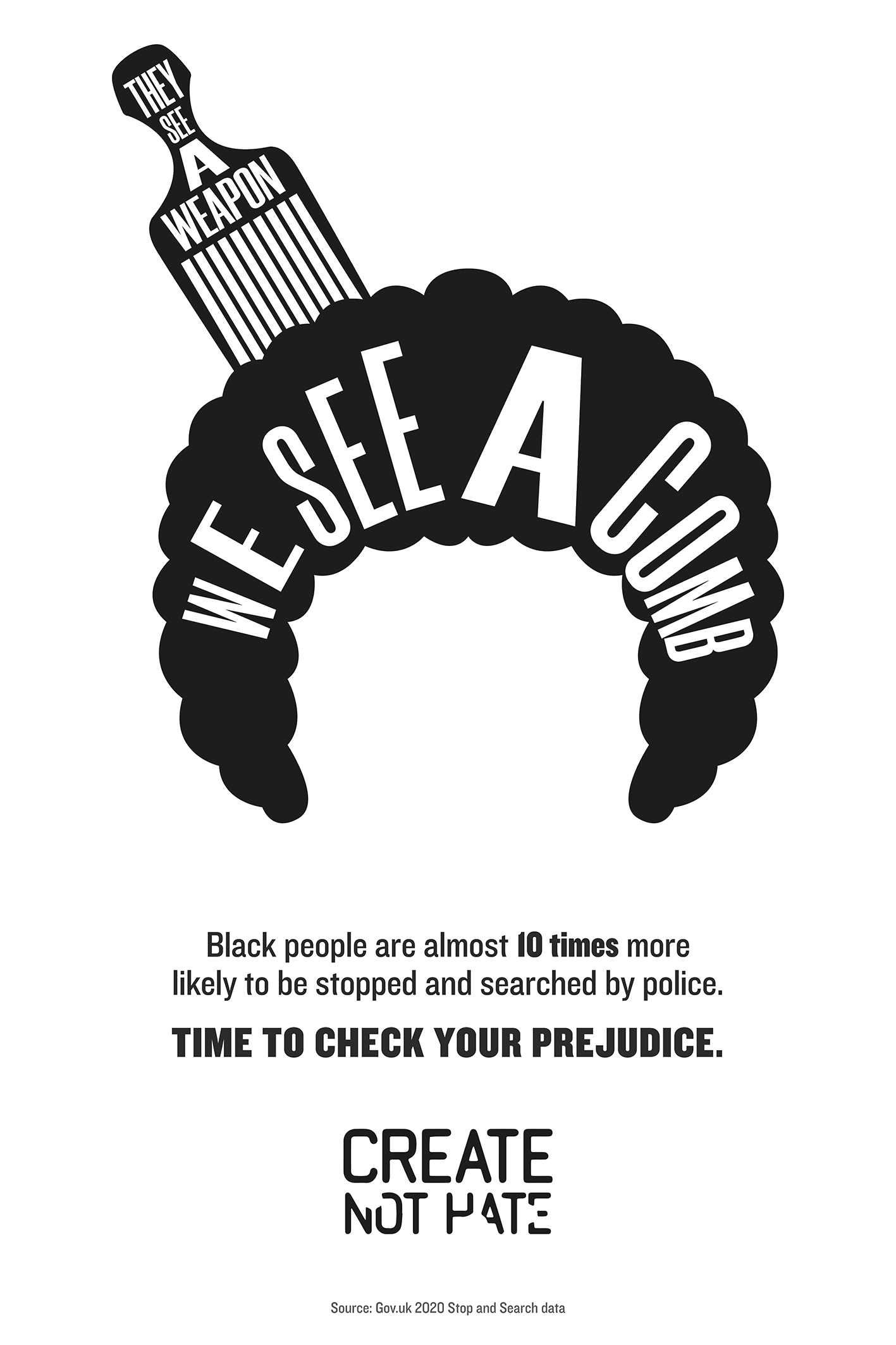 Quiet Storm founder Trevor Robinson revived his 2007 initiative Create Not Hate – which seeks to bring more people from minority backgrounds into the ad industry – following the resurgence of the Black Lives Matter movement. The agency worked with young people in London, inspired by their experiences of racism, for a campaign celebrating the spirit of the Notting Hill Carnival. A black-and-white illustration highlighting racial profiling included the call to action: “Time to check your prejudice.” 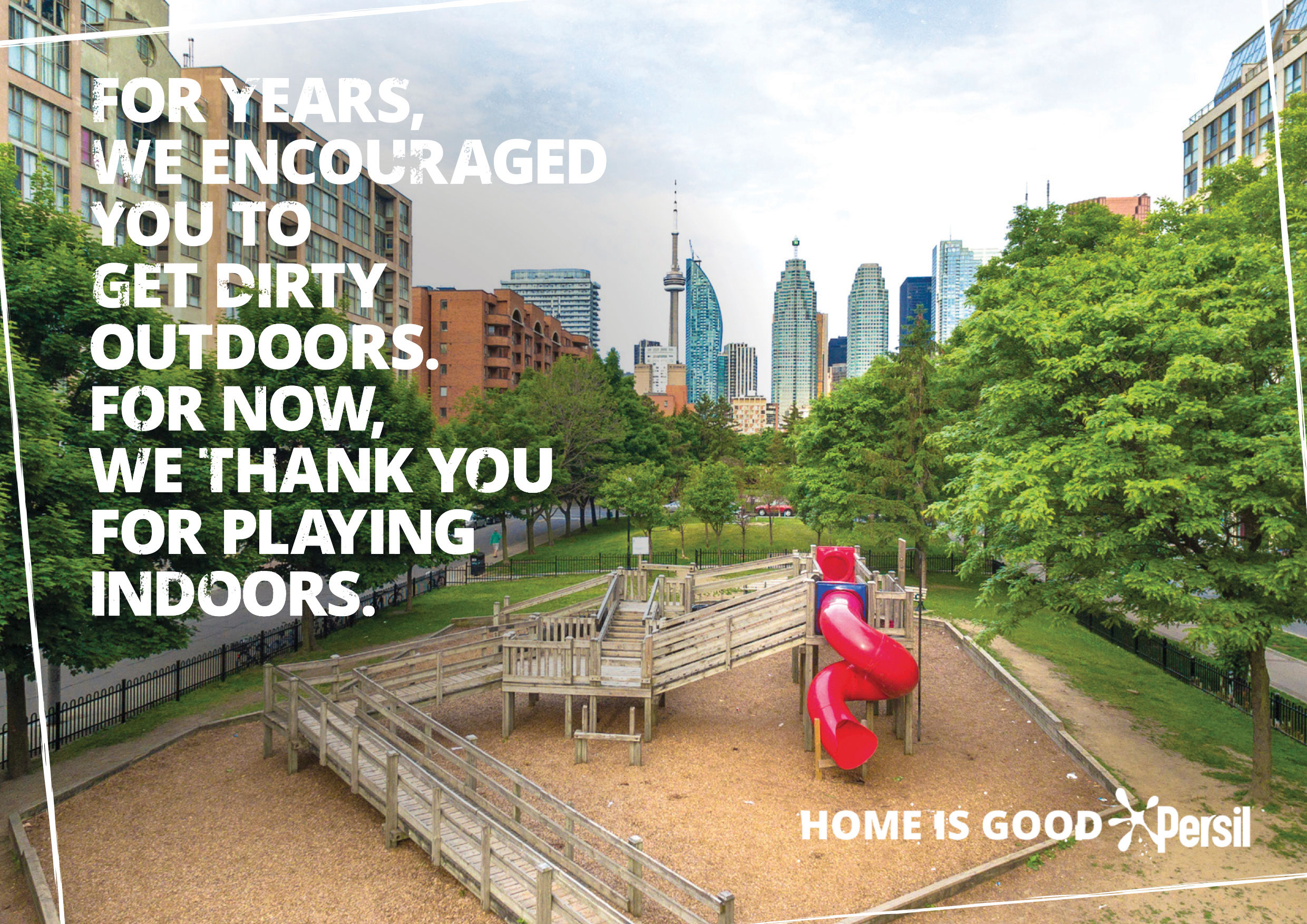 MullenLowe has had a busy year with all the government work, but it still found time to do something fun for another key account, Persil. A twist on the brand’s long-running “Dirt is good” positioning that encourages kids to enjoy the outside, April’s campaign instead thanked people for staying indoors at the height of lockdown. Shots of empty places may seem a familiar sight in advertising now, but Persil was one of the first to take this approach.

It’s hard to imagine now, but in January the biggest news story was the Duke and Duchess of Sussex’s decision to leave the royal family (at least in terms of active duty). So Expedia’s ad agency moved quickly to buy space in Metro and the Evening Standard next to stories about the couple splitting their time between the UK and North America. 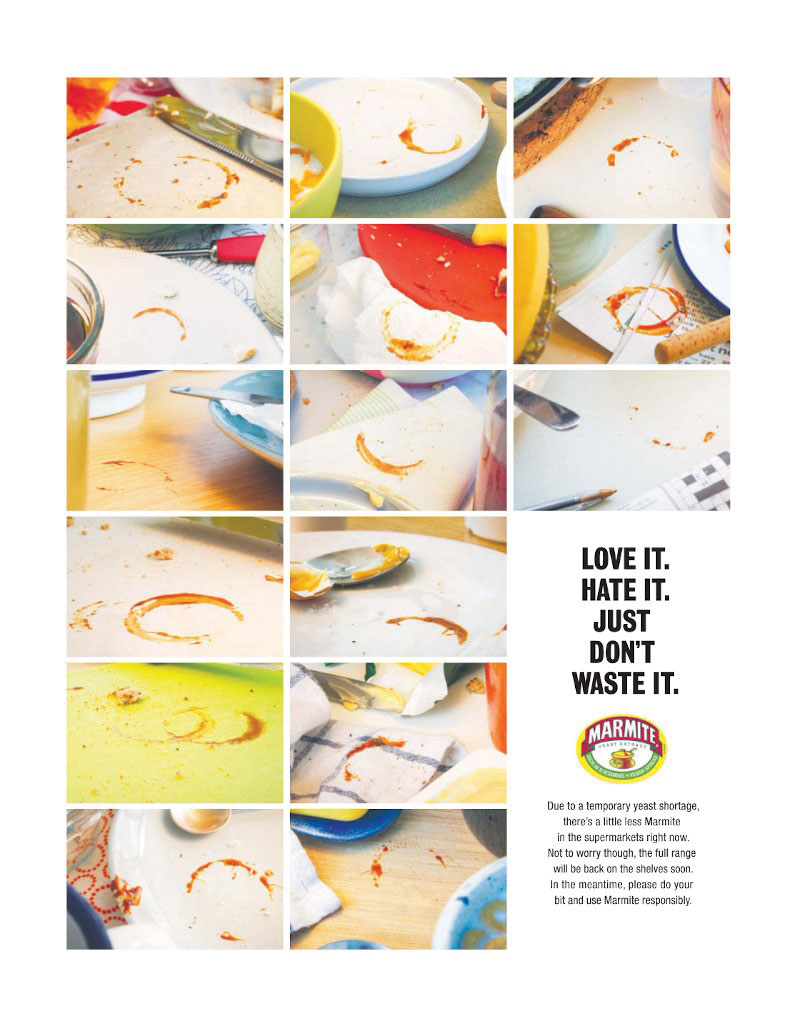 During March and April, plenty of household goods were in short supply as consumers went into panic-buying mode. Marmite dealt with a yeast shortage by reminding the public to use the spread sparingly, in its own light-hearted way. The colourful press work contained a collage of pictures showing the pesky brown ring left by the jar everywhere, from dining tables to newspapers. A long-running campaign that is still at the top of its game.

10 Carlsberg “Welcome back to the pub” 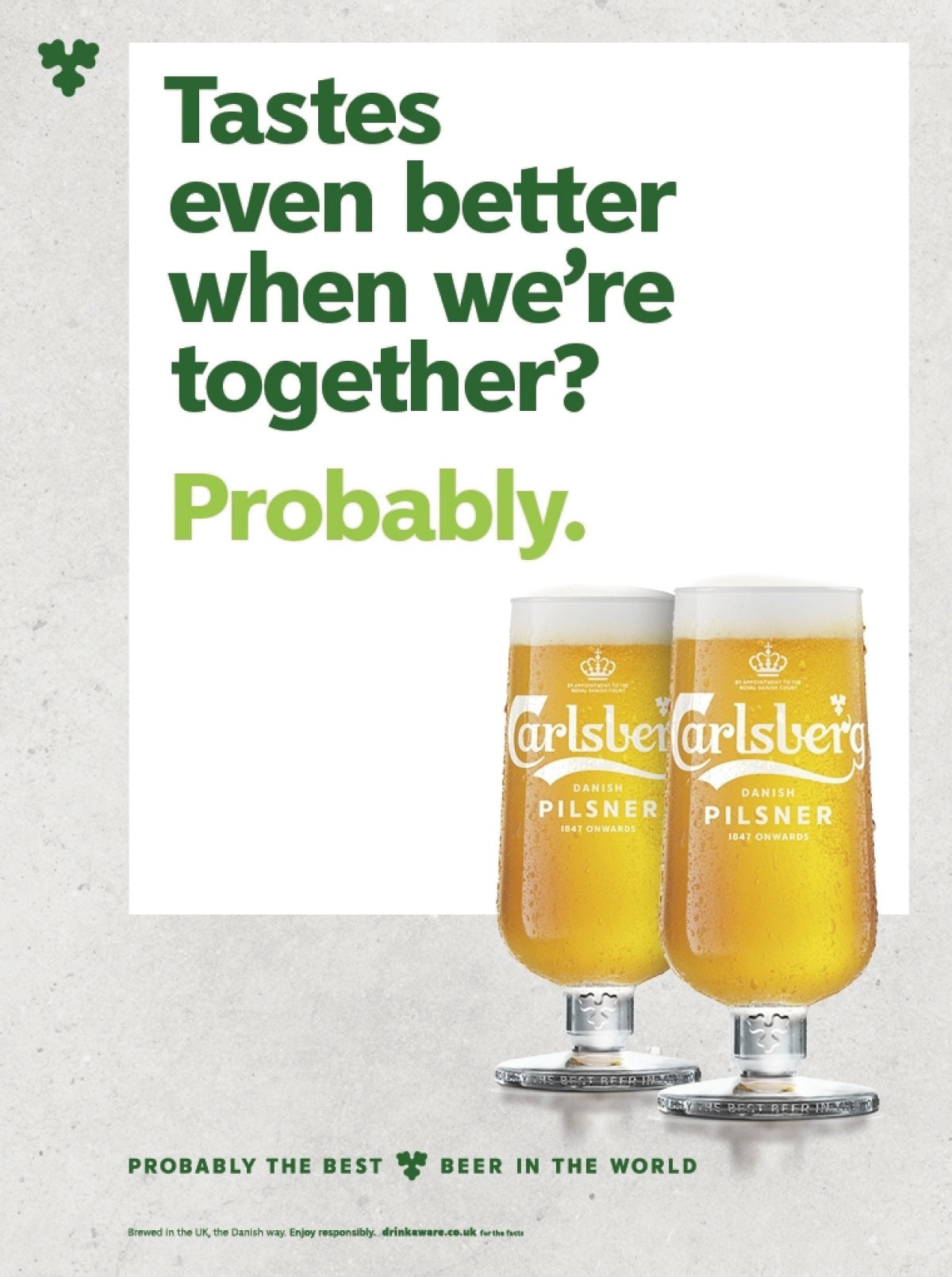 Carlsberg nailed the excitement of the reopening of pubs in England in July with an execution showing ice-cold pints and its classic “Probably” strapline. And the brand had been doing its part since the start of the coronavirus outbreak. In April, it created the Love My Local platform, which allows pubs, restaurants and cafés to sell food and drinks via takeaway or delivery. As pubs reopened, Carlsberg expanded the online tool to help them share menus, accept reservations and take payments.