Pizza franchise serves social media campaign with a side of bacon 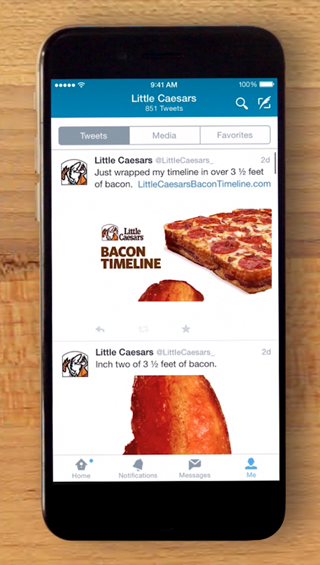 One campaign for Facebook on mobile devices callled 'Tap the Bacon' takes advantage of the space above and below a video to compliment fans.

Another channel is an app for Twitter that wraps a user's timeline in bacon goodness.

Nature's Care Organic Garden Soil "Can I Touch It" by Barton F. Graf 9000