Cost savings were catalyst but it was also about quality.

Richard Warren, director of marketing communications at LBG, said it had been “a long-held ambition to create, at scale, a new internal creative agency” for Britain’s biggest retail bank, which spent £187m on advertising and promotion last year.

The in-house agency, which is called Beehive and launched quietly in January, will work “alongside our existing roster of excellent agencies”, Warren said.

Beehive has about 30 staff and will work across LBG’s brands, which includes Lloyds Bank, Halifax, Bank of Scotland and Scottish Widows. 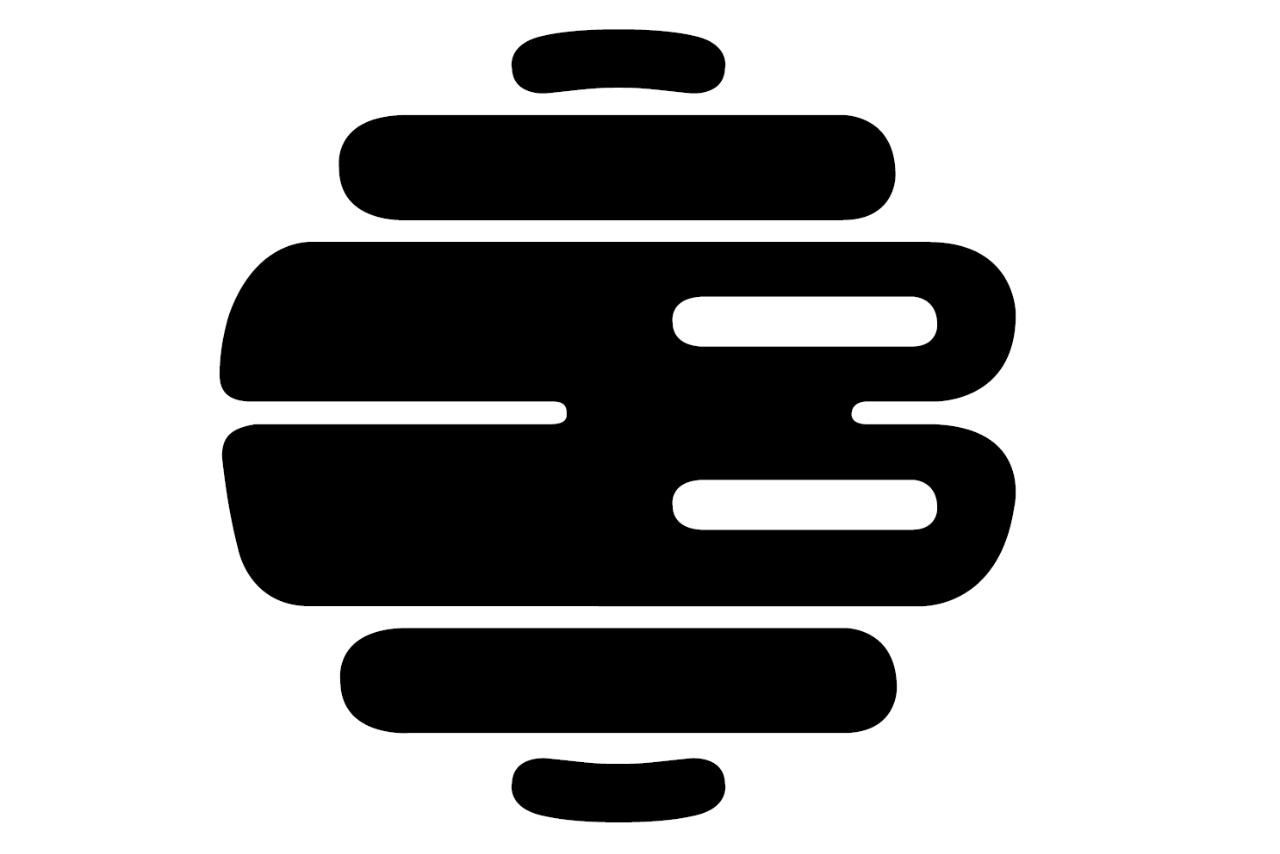 Tim Male, previously the head of marketing communications for Halifax, is running the agency, which is expected to produce around 9,000 pieces of customer communications annually for LBG’s 25 million customers.

Staff are based in three locations: Halifax, Edinburgh and Bristol.

Beehive “will be best in class creatively, operationally and commercially”, according to Warren, who has previously worked in agencies, including as managing director of Greenhouse, which used to be a bespoke Group M agency for LBG, and as chief executive of MullenLowe.

Beehive has developed its own branding – LBG previously used a beehive as its logo in the past and a beehive symbolises collaboration – to emphasise it is an agency in its own right.

Alchemists, the marketing advisory firm and pitch consultancy, advised LBG and introduced Warren to other advertisers that had in-housed marketing services as part of the planning to work out how Beehive will fit into the bank’s “culture, structure, commercials and operations”.

Creating the kind of comms that agencies aren’t interested in

“Beehive will allow the business to be nimbler, more responsive, and more effective across these areas but there is also an ambition to look deeply at the customer communications experience in these areas and how done brilliantly they can, in fact, drive brand preference,” LBG said.

The new outfit has already shown that it can create high-quality customer comms that are more engaging and “empathetic” than some of the work produced by agencies, according to Warren.

“You can quote me on this: No-one can write in advertising agencies any more,” Warren said, although he stressed the paramount importance of external agencies in making broadcast TV campaigns “without compare” and media planning and buying.

“I did a creative review with Beehive the other day and the kinds of things we’re interested in is the things that agencies aren’t,” he went on, citing the example of how Scottish Widows used data visualisation to display the performance of a fund.

“Agencies are not interested in how do you display fund performance? Do you do it via an interactive PDF? How can you lay it out in a more engaging way? These guys [at Beehive] take enormous interest and pleasure in those kinds of areas.”

LBG’s main ad agencies – Adam & Eve/DDB, which handles Lloyds and has worked for LBG since 2011, and New Commercial Arts, which has looked after Halifax since 2020 – are unaffected by the launch of the in-house agency and the bank remains “super-committed to broadcast brand advertising”.

Many of Beehive’s staff came from HHG, a global supplier agency that provided studio network-type resources and printing, and they transferred to LBG as part of a TUPE process.

Havas CX Helia, which won LBG’s customer experience account in 2019, is affected but Warren said the bank discussed at the start of the appointment that it was planning to handle some of its customer communications in-house and the two sides had a “very mature and honest conversation”.

Warren added he expected more “hybrid” working between client and agency and pointed to its relationship with MediaCom.

LBG “toyed” with the idea of in-housing some aspects of media such as search, but opted instead for a collaborative apporach where staff from the two organisations sit alongside each other in the WPP media agency’s London office.

Warren said: “Rather than saying it’s all agency or it’s all us, we think this hybrid model serves us very well.” 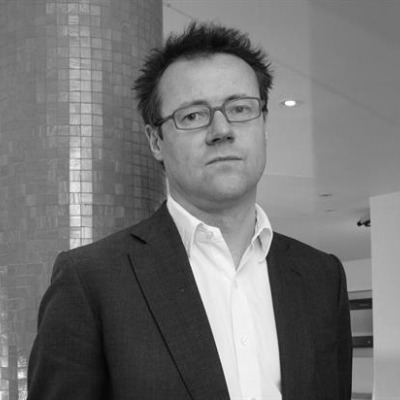 The need for cost-savings was the catalyst for setting up Beehive, Warren (pictured right) said, speaking to Campaign in a joint interview with Angus Crowther, founding partner of Alchemists.

“We are always under pressure to reduce our cost base, so that was the start of it,” Warren said.

“I come from the agency side, so you know what the maths are in terms of staff costs, plus overheads, plus profit.”

Or as Crowther put it: “The basic model of an external agency is salary times two, so there’s a very easy ratio immediately [in terms of potential cost-cutting].”

Havas CX Helia had “put a pocket of resource into LBG” last year and showed it was possible to save money.

But there were benefits beyond cost and speed. “What we were most surprised and impressed by was the quality” of work that the in-house team could produce, Warren said.

“Havas helped to build our in-house capability and it was the confidence that we had from that that allowed us to launch Beehive.”

Warren and his boss, Catherine Kehoe, the chief customer officer of LBG, started to explore the potential upsides of in-housing, rather than it just being an efficiency push.

“Yes, it will save money but is there actually a vision?” they asked themselves.

LBG talked to other clients and “that really raised our horizons and said this isn’t just about us bringing this resource in-house and saving money – this is about creating a centre of excellence”, Warren said.

“The quality of our customer comms is incredibly important” because of its large customer base – the 25 million customers include about 17.4 million digitally active customers – and much of its growth “can come from existing customers”, he explained.

“This is about having an on-going communication with the customer.”

Part of LBG’s thinking is to use its first-party customer data to ensure a more positive and relevant “communications experience”, according to Warren, noting “there’s a lot of conversation at the moment about what is a healthy eco-system” in terms of frequency and bombardment of messaging and trust in advertising.

“How can we create a healthy, empathetic eco-system for our customers is the specific area we’re focused on.” 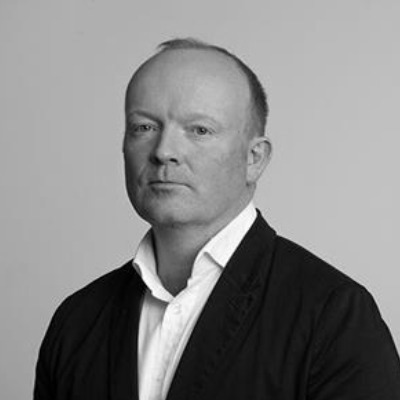 Crowther (pictured right) added that “the internal agency is actually better at a lot of things than the external agency”, especially around copywriting and “quality and relevance of the tone of voice” during the pandemic. “It’s not just cost or time, there’s a quality aspect as well,” he said.

Hence Warren’s comment about how “no-one can write in advertising agencies any more”.

The need for greater empathy is a priority for the board of LBG, which has shown it is willing to shake up its operations in other areas, disclosing in December that its black employees were paid 20% less on average than the wider workforce and vowing to do better.

The bank increased spend on advertising and promotion by 10% to £187m last year, despite Covid-19, the annual report showed, and Warren said that shows: “We are considerable believers in the power of brands and the power of brands to drive commercial growth and that’s a belief that’s shared with the board.”

To an extent, the money required for advertising investment “is taken for granted and is absorbed” but the parent company has also taken an interest in in-housing because “what’s particularly interesting to the board is the ability to have empathetic customer comms.”

As Warren put it: “We think the main purpose of Beehive is to help us to deliver best-in-class empathetic customer comms and we think we can do that much better in-house than working with agencies. And by the way, we’re also going to save a considerable sum of money.”

Being the best client to agencies

Unilever, Vodafone and Marks & Spencer are among the listed FTSE companies to bring aspects of their advertising, media or marketing services in-house in recent years and the growing trend has encouraged other companies to consider it as an option and alarmed some external agencies.

Julian Douglas, the incoming president of the IPA, warned in his inaugural speech last week that in-housing was one of the reasons that agencies risked losing relevance.

But Warren was bullish about the role of agencies if they focus on what they’re best at and maintained he wanted LBG to be the “best client”.

He said: “The principal agencies I work with – Adam & Eve/DDB and NCA – add fantastic and phenomenal value, and the creativity and brand strategy that they have offered us are beyond compare.

He went on: “I am acutely conscious that agency world is a momentum, confidence game and I want my agencies to feel confident and have good momentum all the time.”

Asked whether agencies need to evolve their offer, he said: “Agencies should think about 'what is it that we are particularly good at that we can offer to clients', rather than try and spread themselves too thinly and pivot into areas that they’re not very good at.”

M&S Food recently took a more radical step when it set up a creative in-house team and cut its retained relationship with ad agency, Grey London, in favour of project work.

“When we see the M&S story, I think that’s a bigger challenge. I would be much more nervous trying to pull that off,” Warren said, while acknowledging some “aspects” of “food editorial” might be handled better in-house.

“M&S has always had very strong broadcast advertising and that’s been a big part of its success and to replicate that will be a big challenge.”

In LBG’s case, Warren said he felt a “hybrid model” made more sense.

“The thing that you’ve got to be really confident on in-housing is that you can continue to get the best people,” he said.

“Because on the creative side, we’re so specific about the fact that we want to be brilliant at this aspect of the [customer] comms mix, we’re very confident that we can be.”

Crowther warned that marketers considering in-housing need to work carefully on developing an internal agency “culture” – “not just on delivery but also on creativity”.

He went on: “There’s a confidence and belief issue that needs to be addressed and the more the in-house agency treat themselves and act as a brilliant agency, lo and behold, the more the internal clients will treat them as such.”

It requires “proper briefing as opposed to the shoulder tap and, ‘Can you just do this [task]?’”, Crowther explained. “You’ve got to treat and respect them as such – and that respect manifests itself in much better work.”

He added that the commercial aspect of an in-house agency is also important to ensure accountability.

“The worst thing you can do is treat it as free or have no value ascribed to the cost,” he said. “Whether any money changes hands or not, you have to a service-credit arrangement or something that establishes the value of what is being produced. You’ve got to track it really carefully.

“It highlights those clients that perhaps are behaving more in a strategic way as opposed to those clients who fail to prioritise and it just gets thrown at the in-house agency. There are some rules of engagement and behaviour that we work hard on.”

Vodafone unveils ‘Together We Can’ brand positioning with ad from NCA

An entrepreneurial spirit of added creativity: how Covid has changed the game for marketers