Artist and illustrator Rebecca Strickson has created a series of summertime flags that imagine the future effects of climate change.

The flags imagine new rituals and folklore that could result from climate change and its fallout. Based on ancient heraldic designs, old English folklore and 1970s colour schemes, the illustrations depict climate-change effects such as rising sea levels, overfishing, aberrant weather patterns and climate refugees.

Twelve banners with four designs will be exhibited across Lower Stable Street, which is part of the Coal Drops Yard retail district in London’s King's Cross, from 5 July to mid-September. Kiosk N1C, a magazine, store and event space, commissioned the project.

A limited run of the flags and accompanying prints will be on sale in the Kiosk N1C shop on Lower Stable Street.

Strickson, an artist who has previously worked with brands including Sony, O2, Nike and Channel 4, created the illustrations through RSA Design & Animation. Annalisa Middleton sewed the embroidered flags.

"Folklore is always being created; it's not a static, archaic thing. I wanted to think about how we will be looked back upon by future generations," Strickson said. "As a city whose very nature is threatened by the future, and what climate crisis will cause if we don't act, I wanted to think about what would our potential followers think of us when they reflect back? What kind of rituals and folklore will surround us, knowing we have the power to change things and yet are choosing not to?" 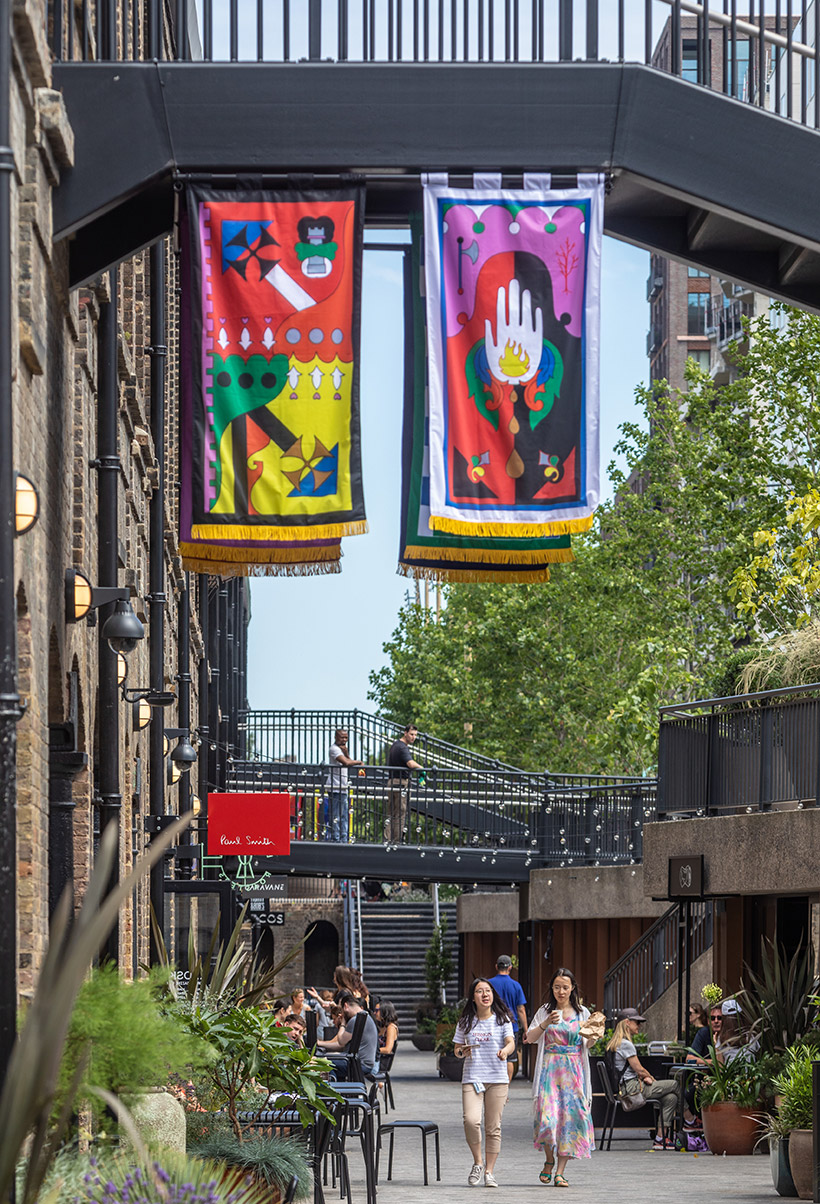 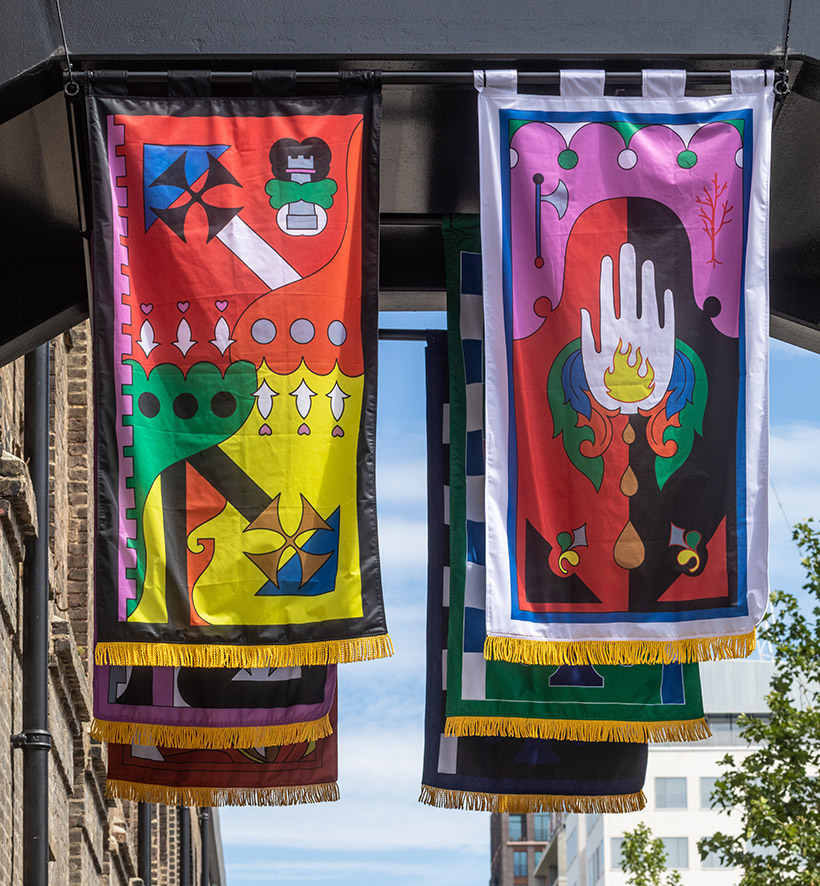 Anti-Trump artist Edel Rodriguez: 'It's up to advertising to stand up to what's happening'