London Fashion Week's fusion of digital and physical events for SS21 has come to a close. The hybrid schedule has generated a more-inclusive Fashion Week, enabling the public to watch shows and topical discussions. This season's schedule is a transition from June's event, which was fully digital due to the pandemic.

Thirty-one of the 81 designers hosted some form of physical activation, but, as seen with Burberry's show, which opened the week, this was often without the typical front row. This has meant a more fragmented  experience, without the range of off-shoot pop-ups, as footfall in central London remains low, and activations that would usually gather large crowds have not been possible due to Covid restrictions.

Burberry embraced the altered nature of the event. There was no audience present and footage of the runway, located in a forest outside London, was streamed live from a range of perspectives on Twitch. 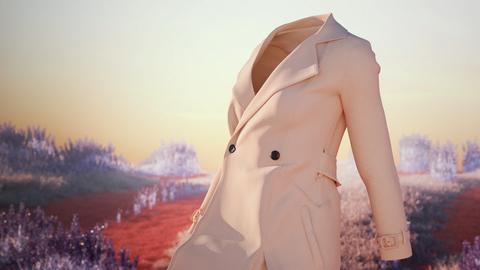 Natalie Hughes, founder of The Fashion Digital, told Campaign: "I've been interested to see the ways some designers have embraced digital solutions – and by proxy, a more sustainable approach – in lieu of a traditional IRL show. Roland Mouret's partnership with Amazon Prime was particularly savvy."

Mouret revealed his collection via a one-minute video in partnership with Amazon and skipped the opportunity to host a more traditional catwalk show. A selection from Mouret's PF20 collection is available in Amazon's Luxury Stores, which is accessible to eligible Prime members in the US.

Hughes continued: "It leveraged Amazon's tech capabilities, offering customers 360 viewing as well as personalisation, while creating a shareable 'moment' in the form of the accompanying 'No Show' video –a no-model, no-location, no-waste fashion show, using CGI. Plus, it aligned cleverly with London Fashion Week's #PositiveFashion theme. These are the kind of moments I hope to see more of in seasons to come."

MTV worked in collaboration with the British Fashion Council, River Island and Iceberg on The Music Meets Fashion Competition. Earlier this year, students from the BFC Colleges Council network were invited to design a line inspired by MTV that merges music, fashion and sustainability. Five finalists were revealed during this season's Fashion Week and the winner will be announced at LFW in February 2021, when their commercial line will launch concurrently with global fashion retailer River Island.

Additionally, brands including the Evening Standard, Lavazza, Mercedes-Benz and Toni & Guy produced collaborative films. Harvey Nichols bucked this trend by partnering rental and resale platform My Wardrobe HQ to host a VIP breakfast and panel discussion. My Wardrobe HQ will retain a pop-up in-store presence with pieces availble to rent and buy from designers until 18 November.

Selfridges has teamed up with vintage shopping service Byronesque and production company Great Guns for a campaign that pays homage to Helmut Lang's 1998 fashion show, the first to be "streamed" with images distributed online and on a CD-ROM. Set in an empty studio, models walk towards the camera, uttering the words: "Love it a Lang time." The campaign is also promoting the launch of the department store's new sustainability initiative, Project Earth, which encourages the creation of less waste and keeping clothes for a long time.

TikTok has launched its own version of Fashion Week as a global initiative running for a whole month. The app will live-stream two fashion shows a week, including JW Anderson's S/S 2021 womenswear show on 28 September. A virtual fashion show featuring Puma and Alice & Olivia will feature new pieces that will be available exclusively via the app.

For those committed to seeing something in person, British designer Gareth Pugh launched a week-long fashion exhibition at Christie's King Street location. The show featured a series of looks from his new collection, accompanied by films and imagery from Nick Knight of ShowStudio.

Knight also worked with Italian fashion brand Valentino back in July, developing a film for its couture fall collection. Mike White, chief executive and founding partner at Lively, said that Knight's creativity placed him as a leader in the field of digital fashion.

He added: "To be perfectly honest, it's about time fashion caught up. Art and music have long collaborated on hybrid and social media projects. Knight launched his digital ShowStudio fashion films back in 2001, so it's no surprise to see him leading the field yet again after a collaboration with Valentino. Their immersive couture experience placed Valentino at the forefront of hybrid events."

The catwalks that did take place had little or no audience. Visitors to Victoria Beckham's virtual show were limited to her family, while numbers remained under control for Rixo, which showcased its collection by hosting one-to-one appointments on a bespoke Routemaster bus, parked in Covent Garden for three days from 16 September.

White added: "Whether it's Victoria Beckham's 'family-not-FROW' [fashion show front row] or virtual showrooms providing simultaneous appointments across continents, the winning brands at Fashion Week are delivering experiences that connect with customers, increasing engagement and sales. Fed up? The fun is only just beginning."

What is clear is that every designer now has to have an online presence and with London Fashion Week committed to providing a direct-to-consumer approach, this new fusion format could be here to stay.

What face masks tell us about global audiences

I made this: Self-expression through FanGirl's non-gendered apparel