David Puttnam, Labour peer and film producer, was the speaker at The Marketing Society's Annual Lecture this year. Alongside board-level roles at several organisations, he is working with the government on creating the first MBA in creative leadership and is the Republic of Ireland's Digital Champion. 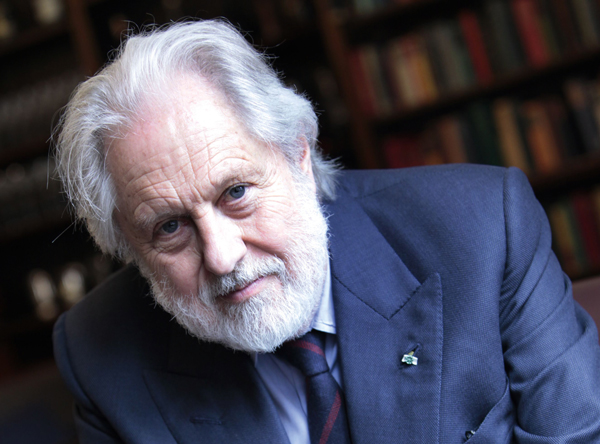 Brands have an enormous part to play in developing trust

If you misuse market power, for example to distort news, where, on a range of societal indexes, does that leave you?

It may help your brand, but you are damaging society. We saw it with The Daily Telegraph, where the newspaper [apparently] didn’t print news because the proprietor had a loan from a specific bank. That’s a misuse of market power.

We give out trust instantly

People were prepared to be quite forgiving of Tony Blair, but the tragedy there is that, having reached a point that people were giving him the benefit of the doubt, he then manipulated us to a point where our natural good sense was removed.

I remember thinking "I guess we have to go to war, because he clearly knows something we don’t". It absolutely wasn’t true and I will never forgive him.

I went through the lobbies at the House of Lords and voted for us to go to war. Much brighter people than me didn’t. How instant it is to give out trust.

There are brands that, as a result of behaving well, are developing trust.

They understand that trust, in the social-media sense, is very quickly lost and that to sustain it is almost a daily activity in which you have to prove that you are the trusted brand you said you were.

You now have a social-media pack out there that is more than happy to put you down if you are not. You can’t solve a problem until you acknowledge there is one. A lot of people try to pretend that there isn’t a problem, or that it will go away.

As an example, the problem with young people and their recent disengagement with politics is that it has really set in and is really serious. Either you could say it’s cyclical (but it’s not), or you can say "Does it really matter?" If people don’t start engaging with the things that really matter to their lives, they will start disengaging even more.

Be kind, but be very firm.

I try to make sure people know where the line is, but above that line I try to be kindly and considerate. I was the first producer, for example, who gave profit share to the whole crew. I try to involve people and have always encouraged people to bring ideas in.

Be prepared to fire people who are damaging the business environment

I have fired a lot of people in my life. I thought they weren’t delivering and the impact of them not delivering isn’t just on me, it’s on all the people around them.

We had an obligation to hair and make-up to make them feel great and give them a really good cup of coffee because [they start work at] 5am or 6am. I’ve got rid of hair and make-up people because they were moaning to the actors.

Getting the best out of creative teams is about having the subtlety to know that you have to do something unfair in order to get what you need.

When I was very young, I was a creative group head and I had Charles Saatchi and Alan Parker as my two writers – they hated each other. Rather than try to make them chummier, I used the fact that they hated each other and constantly played them off against each other; I literally worked it.

Pack your bags: five lessons in making your campaign a global success