L’Oréal has seen online conversion rates as much as triple after acquiring ModiFace, an augmented-reality tool that lets consumers see themselves modelling different shades of lipstick and other beauty products, last year.

That was according to Nikki Akers, ecommerce acceleration director at L'Oréal UK and Ireland, who was speaking at Campaign’s Breakfast Briefing event in London in association with Performics on 28 November, the day before Black Friday.

Akers said the service was invaluable in getting consumers to consider online purchase in beauty – a "tactile category" in which most people instinctively want to see how products look on themselves before committing.

This was part of a focus on services, she said, rather than just products – something that the beauty giant needed to be able to provide a "great consumer experience".

Akers added that "our challenge now is to drive awareness of the tool and the service".

For that reason, L’Oréal is participating in Amazon’s Black Friday pop-up store in Shoreditch, east London, where ModiFace is on show, "really integrating offline and online", as Akers put it.

From frequency to reach

Opening the event, Mykim Chikli, UK chief executive and EMEA head of product at Performics, flagged up the importance to ecommerce players of being visible on Black Friday, but said it was not vital to offer discounts. 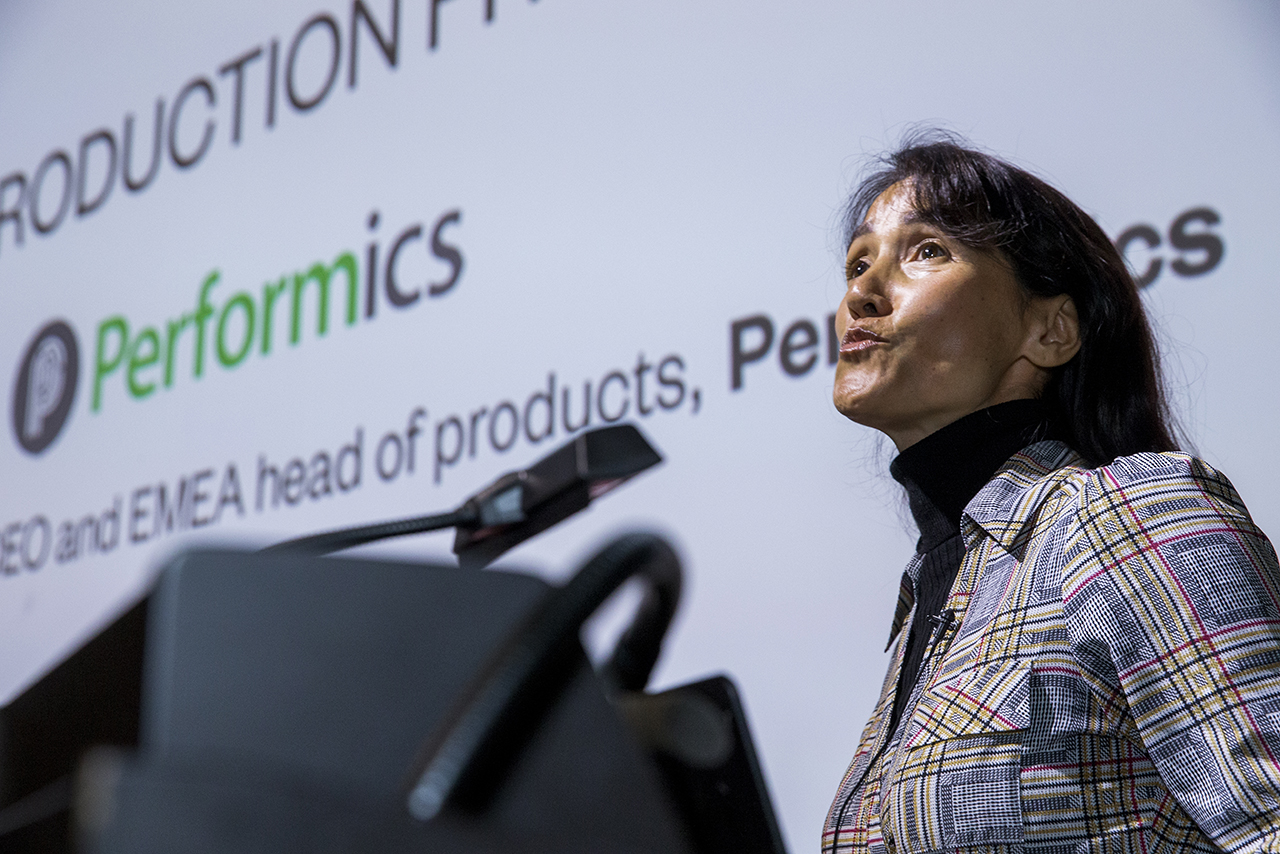 "67% of consumers delay their purchase to wait for that day," she said, but retailers should "not necessarily [use] a promotion, because only 37% expect a promotion".

Chikli also outlined essential points to consider for a successful ecommerce operation, including a positive user experience, the use of paid media and "digital shelves" – meaning the places that products are seen by browsing consumers in digital environments, such as in search rankings and customer reviews.

Cheryl Calverley, chief marketing officer at Eve Sleep, discussed the mattress company’s journey from a start-up that spent 80% of its budget on performance marketing to a more mature wellness operation with a 50/50 split of budget between brand and performance.

"There comes a point where you need to start growing your reach, rather than your frequency," Calverley said. "We had got to a place where the 80/20 performance ratio was flatlining profitability. The business wasn’t going to be sustainable if we didn’t change our strategy." 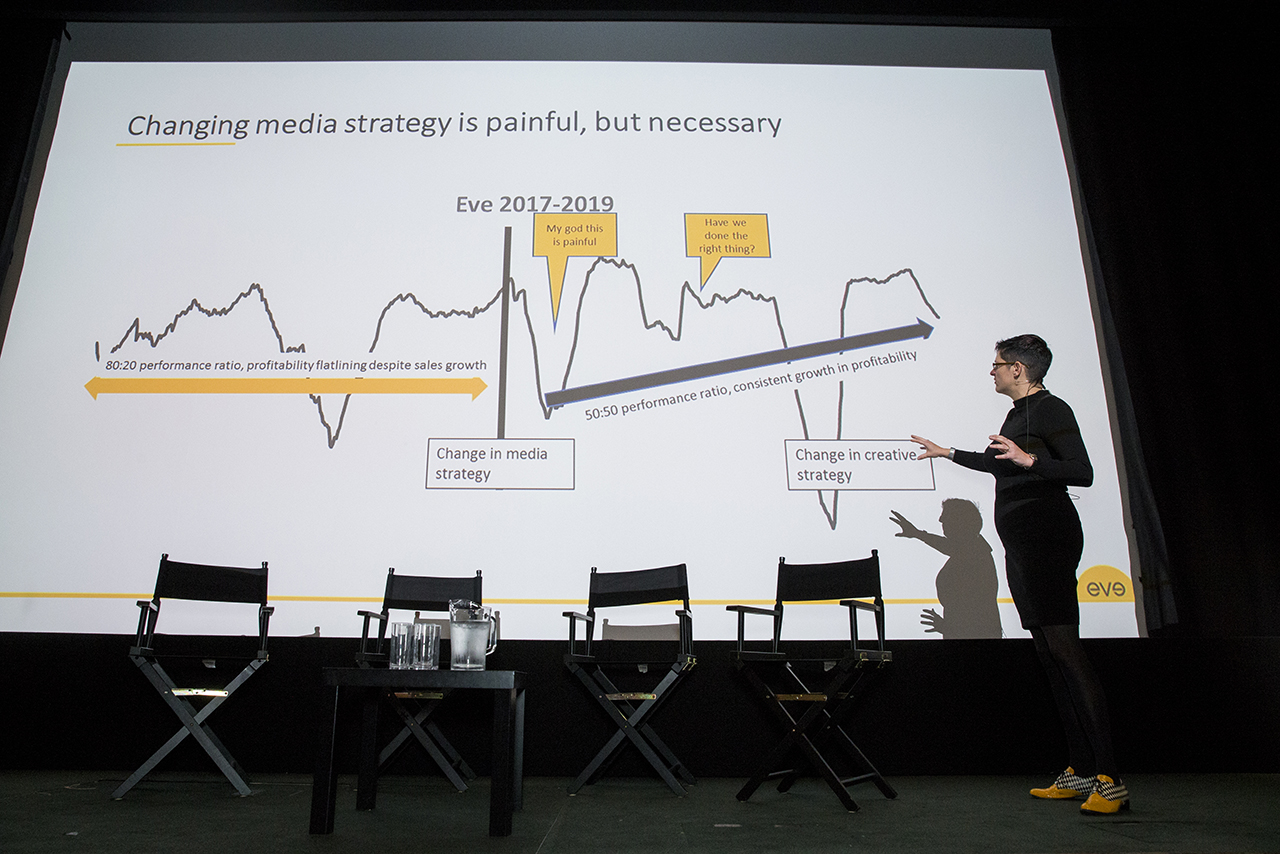 Calverley was hired at the end of 2018 from the AA and tasked with turning Eve into a brand-driven business. In July, it launched a TV campaign featuring a dancing sloth – something that Calverley said boosted brand awareness by 50%

One mark of the success of her strategy came this week, when she noticed rival brands Simba and Emma offering a 40% discount for Black Friday on social media – whereas Eve felt able to offer just 20% off.

"This difference is the first sign I’ve properly had [that] we can grow into profitability in the long term," Calverley said.

Dunelm’s chief customer and digital officer, Leonie Foster, told the audience that when she joined the home retailer in 2015, its brand awareness was well behind the likes of Ikea and Argos. 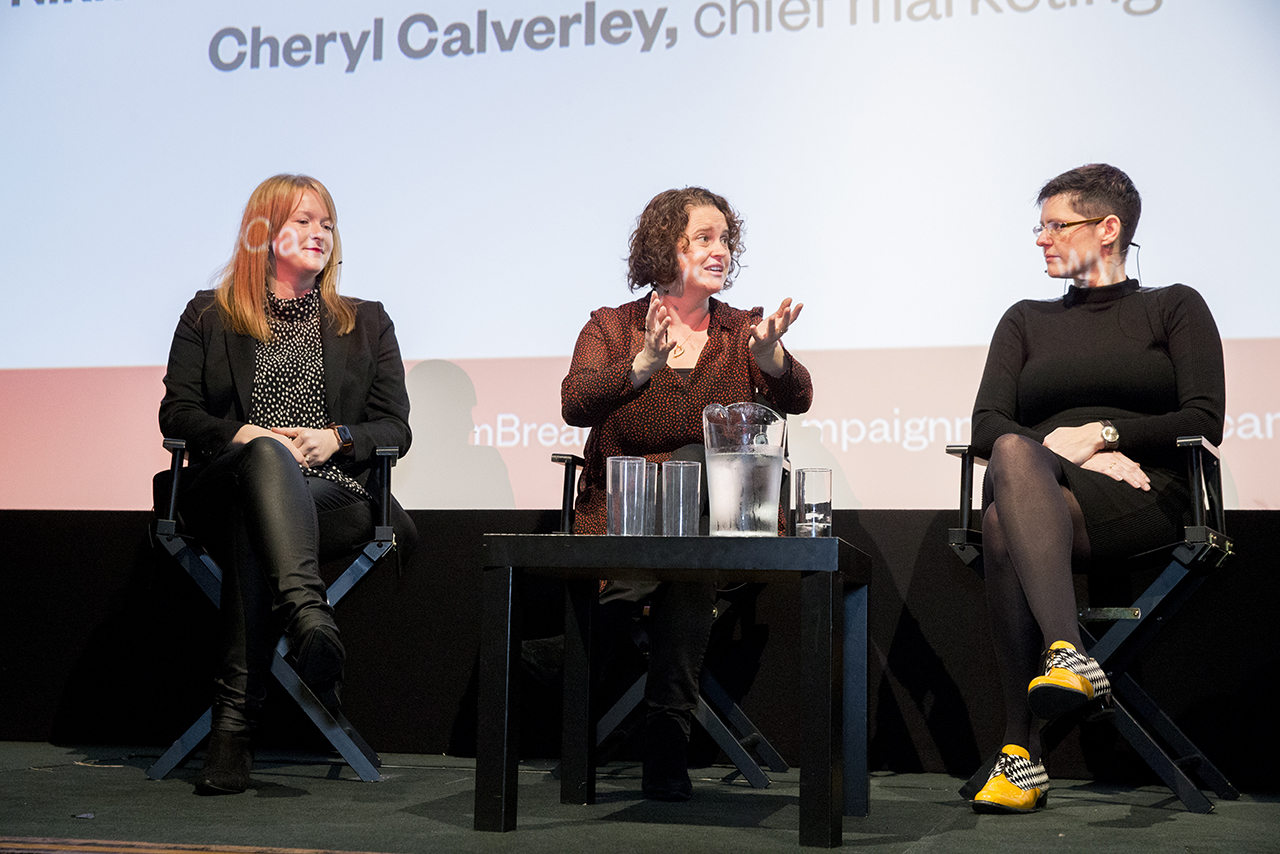 The situation has changed, with Dunelm growing its digital business by 35% in the past year, with significant growth coming through increased traffic, Foster said – while at the same time Dunelm has grown its customer base by nearly 10%.

But Foster said it had "not been a simple journey" convincing the business to invest in marketing. "A major unlock was when we started to think about it in a multichannel way, to really prove every time we spent on performance marketing it was really driving store footfall," she said.

When Dunelm started spending on traditional media, Foster began with a "test and learn" approach, running a through-the-line campaign in Scotland only: "So we could prove to the business how we could drive ecommerce and store performance by investing in advertising, especially TV."

Dunelm has since partnered ITV, sponsoring daytime show This Morning, and co-creating a Channel 4 dating show, called Back to Mine, based on the idea that people judge potential partners within 26 seconds of seeing their home.

This had worked hard for the brand, Foster said: "The show itself, because it was co-created, has proven to be pretty good value for money – but it’s what we can do with that content on our social channels, to create really engaging materials we can use for targeting and retargeting.

"Its effectiveness has enabled us to take something that’s about broadcast media and drive it straight through to results."

How is creativity evolving in a growth obsessed world?

ITV signs up Dunelm to sponsor This Morning

ITV and Dunelm in dating and homemaker show tie-up