Age Perfect is L’Oréal’s range for mature women – its rejuvenating products are designed to help make ageing skin beautiful, and it wants this audience to know that it has the answer to their beauty needs.

But L’Oréal’s ambitions are far bigger than that. It wants to tackle the beauty industry’s obsession with youth. To change minds. And make a positive impact on the world.

In a culture where women over 50 still feel increasingly invisible as they get older, L’Oréal wants to show the world that age is not an issue and women are beautiful at every stage of their lives. It wants to challenge stereotypes and positively shape our perception of age, fostering a community where everyone embraces growing older.

So that’s exactly what it did with The Non-Issue. L’Oréal partnered with British Vogue to create a special magazine edition with content that celebrates, inspires and empowers women over 50.

McCann London and McCann Paris crafted the issue with British Vogue’s editorial expertise. The Non-Issue is packed with world-class editorial, fashion and beauty content tailored for this target audience. 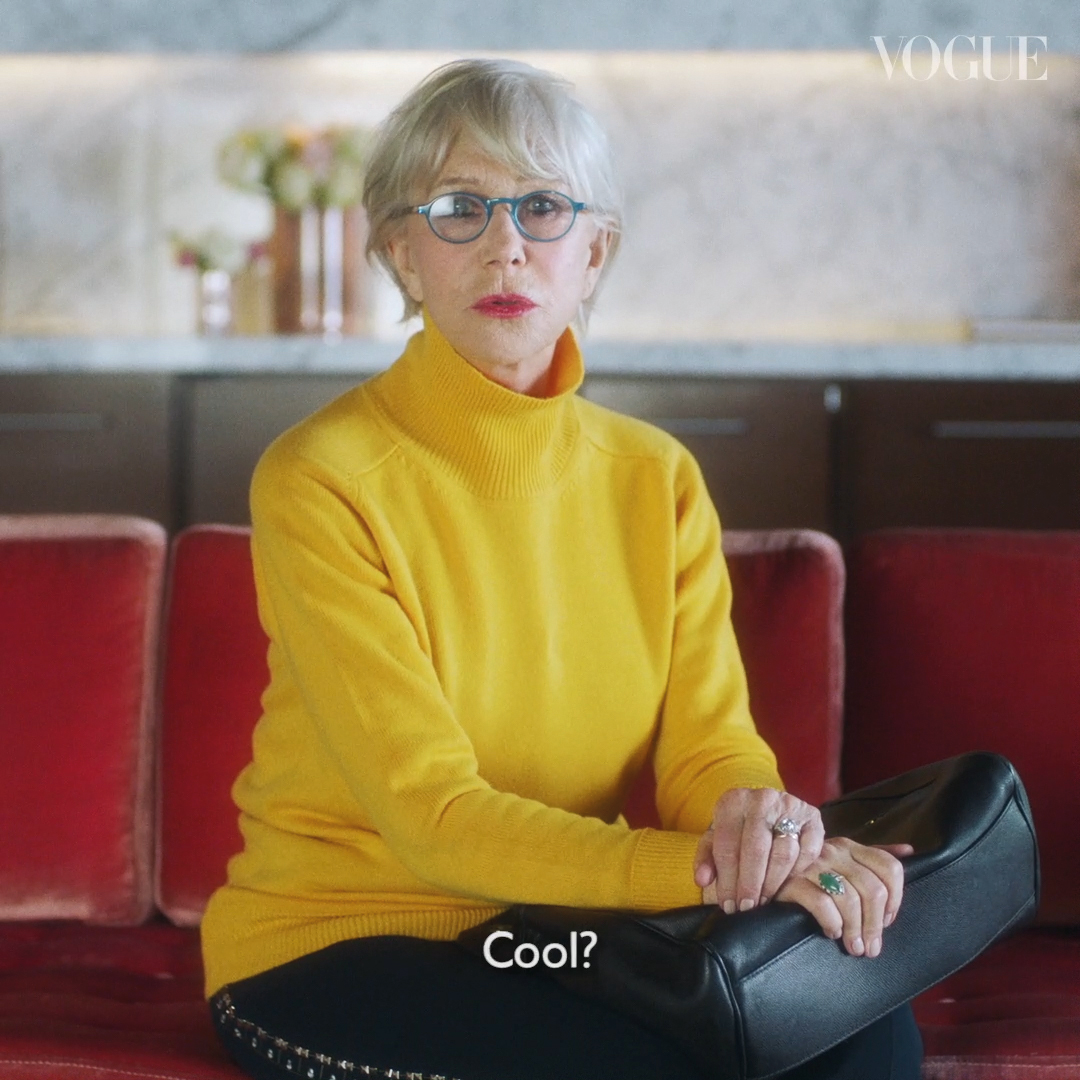 L’Oréal brand ambassador and outspoken actress Jane Fonda, aged 81, is on the cover and is featured inside with an exclusive interview. The edition also features brand ambassadors Dame Helen Mirren, Isabelle Adjani and Val Garland, among others.

The 80-page Non-Issue came with the May 2019 issue of British Vogue, which was sold on newsstands and sent to the magazine’s subscribers. It is also available via digital download.

How did the idea come about?
Creatives in Paris and London joined together to hack L’Oréal’s brief and share perspectives.

They understood that L’Oréal wanted to move away from more traditional communications around its Age Perfect range – and that it wanted to do something "transformational" to really change minds and reframe ageing from a negative to a positive.

They decided they would need to make women over 50 more visible in the media to really change the conversation around what beauty entails.

That’s where The Non-Issue was born – a campaign L’Oréal believes makes sense in today’s multi-screen world, because it combines a powerful message with print and online channels.

McCann Worldgroup believed British Vogue to be a true partner for this project. The magazine brand is a leader in its category and shares a responsibility – alongside L’Oréal – for representing women. British Vogue also shares a commitment to diversity and inclusivity.

Collaboration was key to finding a way to change minds and challenge societal expectations around beauty.

Making the point on mobile
McCann Worldgroup worked with British Vogue and Facebook to give additional value to readers. They built a powerful digital experience to maximise the impact of The Non-Issue. 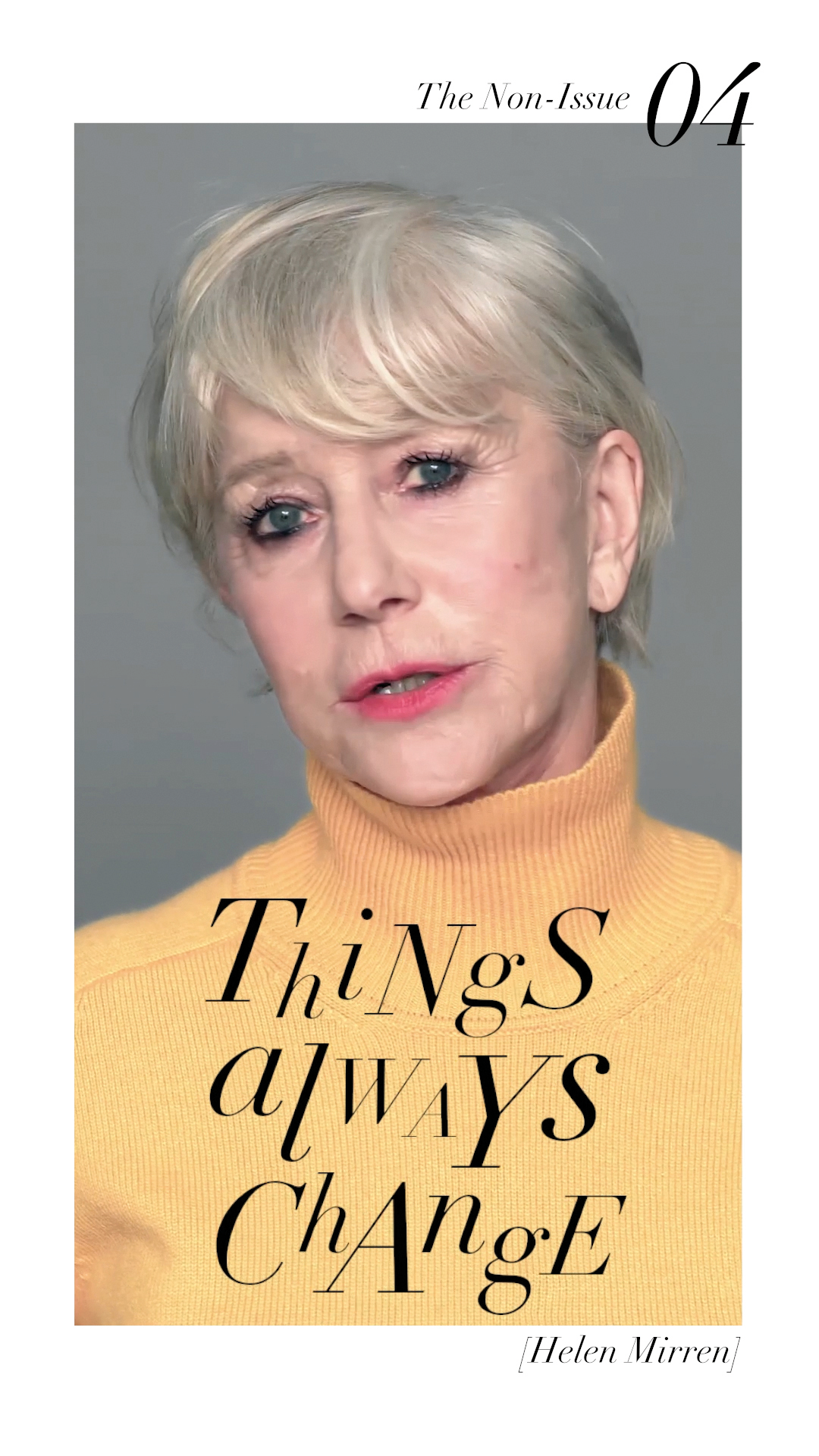 They created a special augmented publication covering relevant lifestyle matters such as fitness, fashion, travel and technology, but customised for a generation too often overlooked.

Facing the blemishes
L’Oréal had a modest media budget for this campaign, so it had to ensure that it would be strong enough to stand out on its own. It needed McCann Worldgroup to create a strong concept that would spread across social media and drive organic traffic.

The company also wanted this campaign to have a global impact. Although it partnered with British Vogue on the edition, it wanted to ensure the magazine went beyond newsstands in the UK. McCann Worldgroup crafted a digital campaign – including Facebook and Instagram advertising – to help achieve this.

The results – and the impact
The Non-Issue has achieved greater coverage than any other edition of British Vogue edition this year, even beating the engagement levels of its best-performing September issue.

Edward Enninful, editor of British Vogue, dedicated the issue to "the women who feel left behind by the beauty and fashion industries because of their age". He added: "Now is our moment to challenge the industry, together."

Pierre-Emmanuel Angeloglou, global brand president, L’Oréal Paris
"I think the whole industry and the media have a strong responsibility. For me, the Non-Issue is just a step in a very important journey. I believe that all together, we should have objectives to make sure we have the right representation of women [age] 50-plus in the beauty industry."

Jeremy Lee, contributing editor, Campaign
'Collaboration’ is one of those buzzwords that is bandied around all too often, but real-life examples are still frustratingly rare. So how fantastic to see this partnership that brought Vogue and L’Oréal together – and in not just a collaborative, but also complementary way. The magazine was the perfect platform to promote this serious issue while Facebook and Instagram allowed the conversation to be amplified further."

Ginevra Capece Galeota, global accounts creative shop, Facebook
"It was a privilege to work with [these] iconic brands and we are very grateful [that] we could contribute… and help spread this important message. We were able to fuse traditional media with our innovative technology to show through quality content that age is a non-issue."

Charlotte Franceries, EVP, beauty, McCann Paris
"Ageism remains an often-overlooked form of discrimination; unconsciously accepted by so many in everyday life. This is why we felt the world’s leading beauty brand, L’Oréal Paris, and iconic British Vogue were the perfect platforms to help turn age into a non-issue. It’s time we all awoke from the inertia of everyday ageism."