Using TV as the key channel for Marmite’s latest campaign was a no-brainer, according to Fik Woldegiorgis, brand experience director for Marmite, which won the latest Thinkboxes Award for TV creativity for ‘Mind control’ – an ad created by Adam & Eve/ DDB, in which the power of psychic persuasion plays a central role.

"The brief was to bring to life Marmite’s purpose, which is to encourage the nation to ditch sugarfilled breakfasts and broaden their breakfast horizon and, in the process, turn Marmite haters into lovers," she explains. ‘Mind control’ was the result – an integrated campaign with TV at its heart.

"For an iconic brand like Marmite that enjoys broad-based appeal, the key marketing objective is to reach as many people as possible, build strong memory structures and create lasting impact," says Woldegiorgis. "As we know from previous Marmite campaigns where we ran long-form ads, TV is able to deliver broad reach and impact in a short period of time."

The creative idea came from the need to change people’s minds.

"After ‘The gene project’ campaign in 2018, which proved that a love of Marmite is genetic, we wondered whether that biological pre-programming could be undone. From there it was a question of can we do this… or should we?" says Adam & Eve/ DDB creative director Matt Fitch.

"Use your brief as your North Star to keep you focused on what is important both to your consumers and your brand."
Fik Woldegiorgis, brand experience director, Marmite

The majority of people who claim to ‘hate’ Marmite and love sugary breakfasts haven’t tried the brand at all – or not in years. So an idea was needed that would both drive re-trial and get the nation making better breakfast choices.

"To get people to re-try it, we needed to reassure them that their experience with Marmite would be different this time. They needed to feel like something had changed. So instead of changing the product, we changed them – using hypnotherapy," says fellow creative director Simon Vicars. 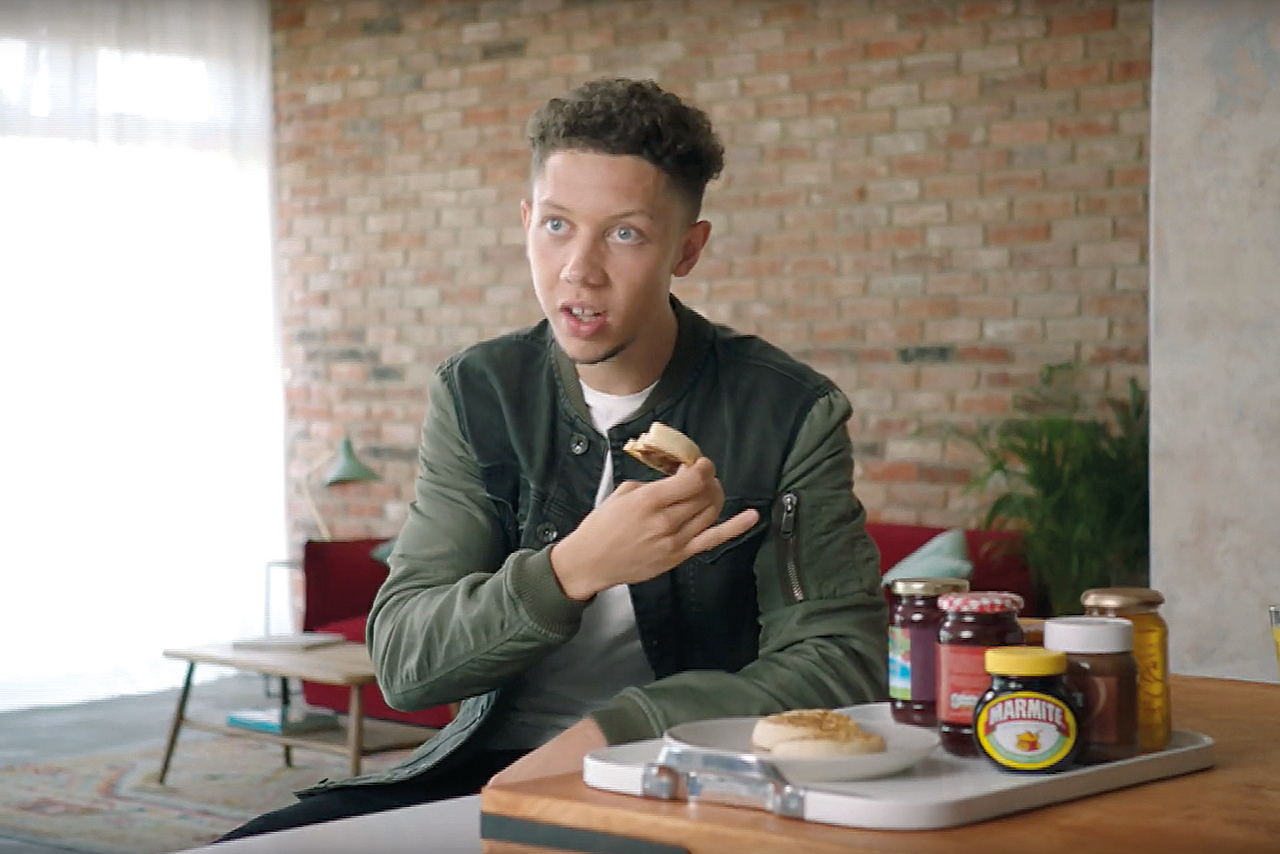 Humour and hypnosis
The idea was that Marmite haters would be recruited to join a 15-minute hypnotic mind-control experience to try to turn them into fans. Those selected would then travel to a lab where they would participate in the experiment, overseen by a hypnotherapist, under controlled conditions.

An edited two-minute version with hypnotherapy segments removed were to be made available on Marmite’s website. The TV ad would be set in a research kitchen and show Marmite haters reacting to the mind-control film.

Intuitively, Woldegiorgis says, all involved knew they were on to a great idea from the outset: "The challenge was in crafting a storyline for the TV ad that felt authentic to Marmite, delivering it in the brand’s humorous tone of voice and in assembling the perfect cast of improv director and actors who could bring their brand of magic to the scene."

When selecting a winning script, the starting point is always to assess the storytelling fundamentals, whether they deliver against brief and are true to the brand, Woldegiorgis continues. "What then tips the scale in favour of a script is how it delivers talkability and cut-through – critical for brands like Marmite that are woven into the nation’s cultural fabric – and how it drives the desired action with the audience," she explains.

The eventual success (or otherwise) of the team’s chosen idea rested on their ability to convert sugar lovers and Marmite haters. The confidence they could – and, ultimately, their ability to pull it off – came from collaborating both with hypnotherapist Rory Z to learn the science behind how the practice can change people’s minds, and the commercial’s director, Martin Granger. "

Martin has a knack for mining the comedy in any scenario and he helped turn what could have been a potentially boring case study film into a funny and entertaining piece of advertising," says Fitch.

"Find the best partners you can... then remember not to freak out when you watch the first online edit - it will suck."Matt Fitch and Simon Vicars, creative directors, Adam & Eve/DDB

Alongside the commercial, a series of two-second subliminal blipverts also ran, interrupting the ad break. This was a media first for Marmite and the fruit of close collaboration between agency, media company Mindshare and TV channels.

"We love creative storytelling to bring our purpose to life in an engaging and intriguing way, and the consistency – how the TV script embodied Marmite’s long-established essence of love it or hate it, and the brand’s tongue-in-cheek personality," Woldegiorgis says.

‘Hope is power’ for The Guardian, by Uncommon Creative Studio, and ‘Fence’, by VCCP, for Cadbury Dairy Milk, placed second and third, respectively, in the latest Thinkboxes winners’ line up.

Also shortlisted this month...
‘Hope is power’ (Uncommon Creative Studio for The Guardian)
‘Fence’ (VCCP for Cadbury Dairy Milk)
‘Chill’ (Engine for Churchill)
‘No we can’ (Karmarama for National Citizen Service)

Unilever will stop advertising ice-cream to children under 12