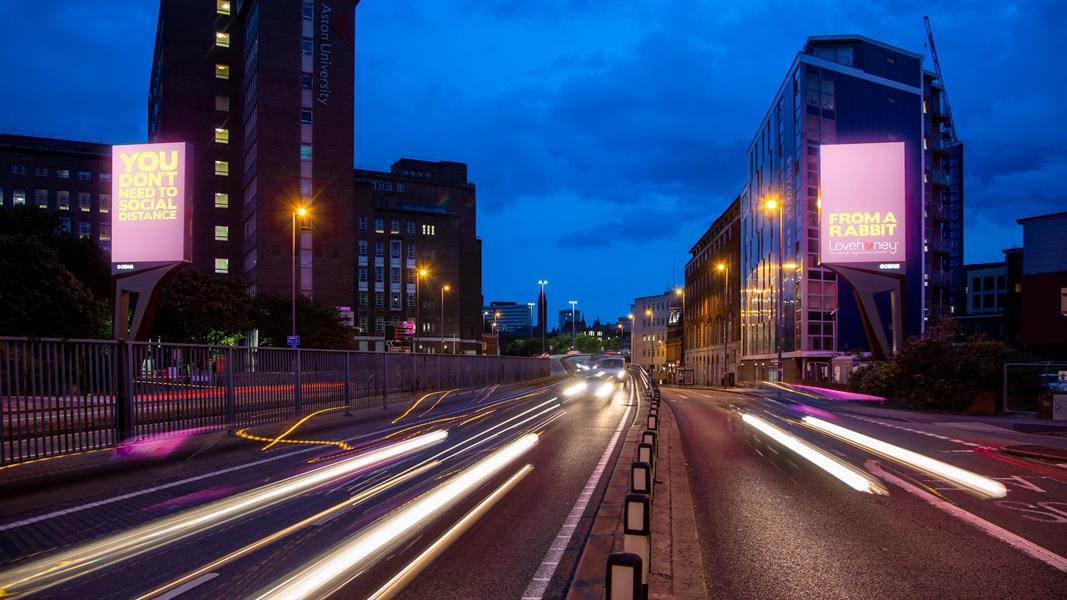 Appealing to "those who enjoy being locked down", the campaign repurposes our new-normal vocabulary for a series of tongue-in-cheek puns. While one ad appeals to people who "also need a mask for home", another declares: "you don’t need social distance from a rabbit". If you don’t understand the innuendos, this campaign probably isn’t for you.

The campaign was one of three runners-up in Ocean’s Crucial Creative Competition, which was won by Innocent Drinks, and runs until 8 September across London. It was written by Drew Haselhurst and art directed by Dipesh Mistry.

In 2018, Lovehoney launched a campaign to celebrate National Orgasm Day.