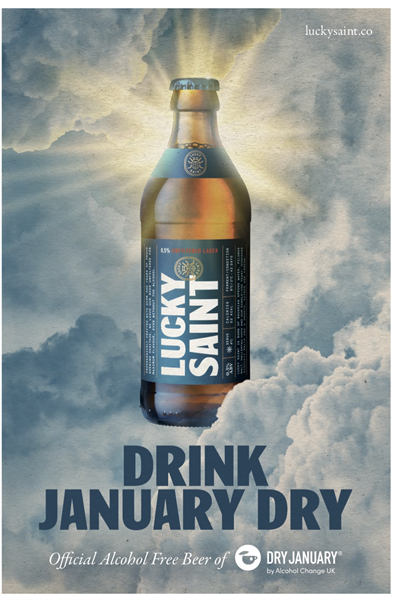 Targeting commuters at 300 London Underground sites, as well as additional poster sites in key London railway stations, Lucky Saint’s campaign will also be seen in major northern stations such as Manchester and Leeds.

Heineken "Worth the wait" by Publicis

Abbot Ale "Relax with an Abbot" by Isobel

Various UK pubs "Get the vaccine" by Grey London

Beer + Burger "Belong together" by NCA