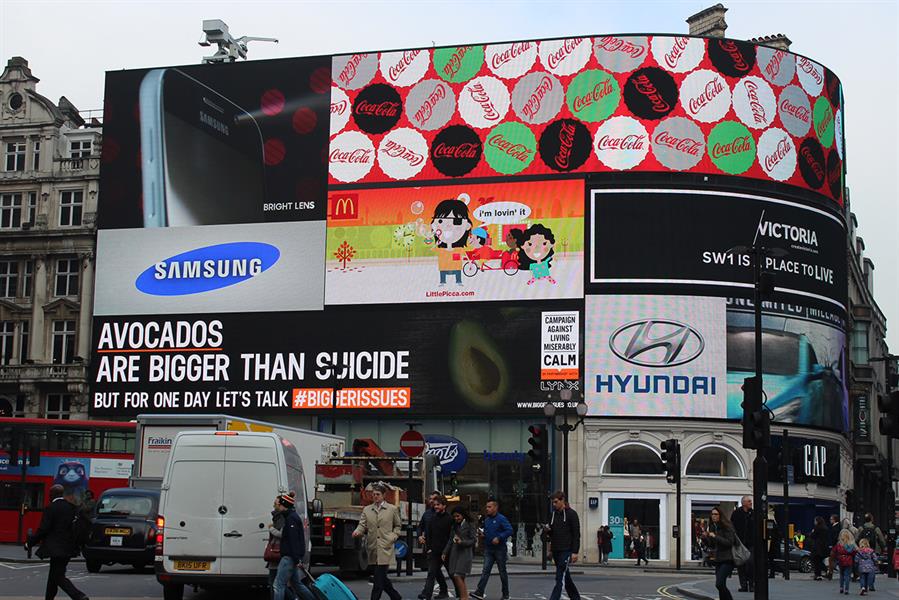 Lynx has teamed with the Campaign Against Living Miserably to produce outdoor ads that raise awareness of male suicide.

The digital posters, by TMW, will change every two hours, reflecting statistics that suggest a man takes his own life every two hours in the UK. The executions name trivial things, such as avocados and tattoos, that are discussed more than male suicide. The work will culminate in a social media activation on International Men’s Day on 19 November. It was written by Becks Wardell and art directed by Lorena Teruel and Ugo Galelli.

The Open University "The future is open" by Havas

Channel 4 "Proud all over" by 4Creative

Private View: Where are we creatively after that 'weird year'? (with Dan Watts, Tim Snape and Emma de la Fosse)