Mergers and acquisitions activity gained pace in the first quarter of 2016, with 288 deals completed globally - up by almost a third compared with the same period last year. 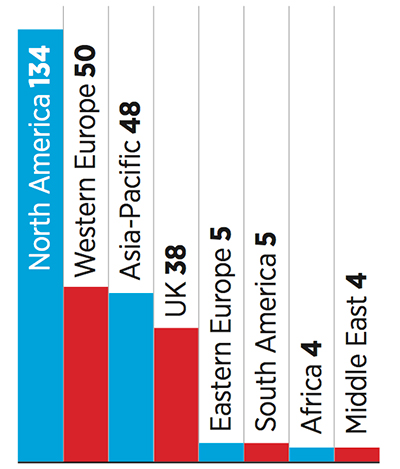 A study by Results International found that the combined value of those deals was $6.5 billion (£4.52 billion) – an increase of 67.7 per cent year on year. The number of deals rose by 32.1 per cent from a year earlier.

Integrated, media and full-service digital agencies were the most active, while data and analytics businesses were also highly sought-after assets.

WPP and Dentsu remain the most acquisitive holding companies for the fourth period in a row, closing 14 and 12 deals respectively in the first three months of the year. WPP struck three deals and Dentsu nine in the same period of 2015.

The report also demonstrated how the fields of IT consulting and digital marketing are getting closer. IBM, the computing giant, bought four companies, making it the joint fourth-most-active acquirer.

Taking the temperature of adland 2015