M&C Saatchi has appointed PR chief Kate Bosomworth, a key figure behind Sport Engand's "This girl can" campaign, to be the ad agency's chief marketing officer. 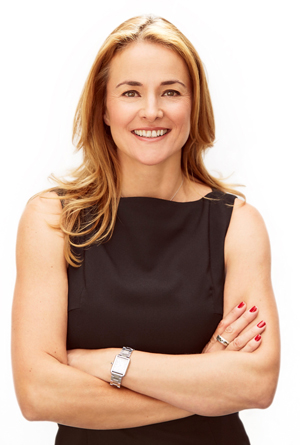 M&C Saatchi cited Bosomworth’s 20 years of experience in the communications industry, as well as her reputation for "driving brand and business transformation" and "her energetic and fearless approach to work".

Hedger added: "I have long wanted her to be part of the team, and I know that the M&C Saatchi brand will be stronger and more famous in her expert hands."

The agency has come under fire from across the advertising and marketing industries in recent months after a controversial column in Campaign by chief creative officer Justin Tindall, who said he was "bored with prioritising diversity over talent".

Bosomworth, who founded sports PR agency KTB PR, joined Bray Leino stablemate Speed Communications as managing director in 2012 and was appointed to the board of Sport England in 2013.

She has been board lead for "This girl can", the multi-award winning campaign created by FCB Inferno, since 2014, and is also on the government’s sport and business council.

Bosomworth said: "M&C Saatchi is one of the biggest agencies in the world and I love the principles upon which the agency was built. My career has covered a wide range of sectors, not just commercial but the political sector too, which will help me to work closely with the agency’s strong history of clients but also bring a different and fresh perspective to the business, its offering and products. I am hugely excited about being part of this new chapter at the agency."

Happiness is a powerful factor in business success

Campaign's Annual 2017 shows that the best creativity can follow adversity

Who are the leaders helping reshape the industry's future?

No more excuses: diversity should not be hijacked over talent

Diversity: the real enemy is boredom

Faces to Watch 2017: Meet the future of the ad industry

'This girl can' goes international with campaign for Australian women