Banking experts have questioned the ability of Marks & Spencer to make a major impact on traditional high-street banks, following the launch of M&S Bank last week.

The retailer, which first rolled out M&S Money in 1985, has long offered non-banking products such as credit cards and mortgages.

Since 2004 it has operated in partnership with banking giant HSBC. Last week, it unveiled plans to extend this offer to include current accounts and mortgages.

M&S says it aims to create a "relaxed, modern banking environment" for customers, with "personal touches" such as M&S furniture and fresh flowers. Chief executive Marc Bolland claims the brand's extensive presence on the high street, as well as "trust" in its brand, would give it the cutting edge with consumers.

Most significant innovation in banking? 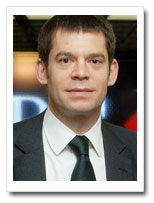 In a recent press interview, M&S marketing director Steven Sharp said the retailer was motivated by images of the run on Northern Rock in 2007, when some customers were seen drawing out their savings and stuffing the money into M&S carrier bags.

He said: "They were older, better off and they didn’t know what to do with their money and my thought was if only we had a proper bank they would turn up in their droves to deposit their money, because they trust us."

Talking to Marketing, Lloyds TSB and Icesave marketing director Alan Gilmour agreed M&S's brand will give them a head-start over other newcomers to British banking, such as Tesco, which is gearing up for its own assault on the retail banking sector.

He said: "With M&S, there will be a kind of kudos in deciding to bank with them, more than, say, with Tesco. They have a strong relationship with an affluent, middle class audience.

"Tesco has the scale, and so probably has the bigger potential, but all things being equal I would back M&S in a brand sense."

However, Gilmour, now head of brand and CRM at agency Cogent Elliot, believes the challenge for the retailer will be to continue to invest in M&S Bank year-after-year, even if the venture does not prove an overnight success.

He said: "Change in any market sector is a lot slower than people think, so the challenge for the likes of Tesco and M&S will be whether they can stick it out and maintain interest in the long term."

At Icesave, the Icelandic-owned savings account brand which failed in 2008, Gilmour said the brand acquired £5bn-worth in deposits, a figure which "didn’t make a dent" in the market leaders such as Barclays, Lloyds TSB and NatWest. 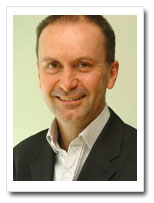 Joe Clift, a former marketer at Visa and Lloyds Banking Group, said the major bank bosses are unlikely to be overly phased by last week’s announcement. Although he believes M&S is a welcome addition as a result of its "heritage of trust and good customer service", much like new entrants such as Tesco, Virgin Money and Metro Bank, it will struggle with "age-old challenges" of scale and critical mass.

He told Marketing: "As with any new entrant, the main high-street banks will assess carefully and observe with interest. M&S is a strong and trusted brand, with some track record already in financial products and has a good partner in HSBC.

"But until it proves it can capture a significant share of the current account market, the likes of Lloyds, Barclays and NatWest won't be too concerned," he says.

Clift said the nature of M&S's joint-venture with HSBC may also cause a few issues with consumers, with questions such as, "who is actually running my current account for me?" and, "If it's HSBC, what's the benefit for me in being with M&S?" likely to be posed.

Commentators agree the push towards in-branch customer service, led by the likes of Metro Bank and Virgin Money, will require big high-street banks to change their approach – but a revolution is not yet on the cards.

Gilmore said: "I'm old enough to remember the launch of M&S Money and did that change the profile of financial service? Not really."

Lloyds kicks off agency talks ahead of bank launch