As Marks & Spencer unveils its latest campaign, ditching stars from its ads in favour of 'real women', Dare's Andy Nairn weighs up the strategy's risks.

It's easy to forget that M&S began advertising on TV in earnest only a decade or so ago. The national mood then was similar to sentiment now, with the venerable old retailer accused of losing touch with its core audience and younger shoppers alike.

Its subsequent rallying cry that the brand was 'Your M&S' was inspired. It galvanised both constituencies, and the all-important internal audience. The choice of Twiggy to convey this newfound sense of pride was particularly clever, as she exuded a style, energy and confidence to which all ages could relate.

However, times are tough and competition is cut-throat. While M&S' food sales remain strong, its performance in womenswear has been much weaker - a worry, given that this is the engine room of the business. Old gripes about confused targeting, dowdy product and low customer empathy have resurfaced, coupled with new ones about poor sizing and stock availability (unforgiveable offences for any clothing store). Once Next overtook it as the UK's biggest fashion retailer, in July, a change in M&S' ad strategy became virtually inevitable.

What is interesting is that M&S has made such a radical shift. There is an argument that the celebrity approach could have been adapted, perhaps by recalibrating the balance between aspiration and attainability. Recent stars such as Ryan Gosling and model-turned actress Rosie Huntington-Whiteley may have strayed too far into A-List territory, but there are other famous personalities with the right 'girl next door' credentials, who might have offered a more natural return to a winning formula.

The most obvious risk of such an about-turn is that the pendulum will swing too far the other way, with the clothes' appeal compromised in a clumsy attempt to be more approachable. There is a school of thought that suggests that, whatever focus groups say, shoppers do not want to see a mirror image of themselves. However, RKCR has mitigated against this danger: the 'ordinary' women here are still beautiful and aspirational.

Perhaps the real risk is that the product simply isn't good enough yet. As the 2006 IPA Effectiveness Grand Prix-winning paper noted, the original M&S campaign worked because it could simply shine a light on strong merchandise. I'm not sure that applies this time, in which case drawing yet more attention to the product might be counterproductive. I hope the designers and buyers will prove me wrong; because, despite its faults, no brand inspires such national goodwill as M&S. l

Andy Nairn is chief strategic officer at Dare. He has worked on various retail accounts, including Waitrose, WH Smith and Debenhams. Nairn also worked at RKCR/Y&R when it won the Marks & Spencer account.

Marks & Spencer has always made a play for different age groups, using its ads to span the generations. However, by trying to appear less 'fuddy duddy' it can deter its core group of older shoppers, while the younger audience is yet to be convinced that M&S is for them. Marketing asked two fashion-conscious women for their views. 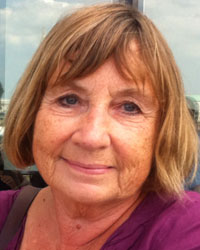 'I always look in Marks & Spencer in the hope of finding something to suit me; sometimes I'm lucky, but often leave disappointed. It is not so much an "age thing", more a "type of person thing". A lot of the clothes I would never have bought, young or old. Most women have an image of themselves in their heads that they carry into middle and older ages. It's the image they feel comfortable with or aspire to. I used to feel certain that M&S would always stock quality clothes, in a range of neutral colours. However, I think the current range often lacks subtlety and can be rather harsh.' 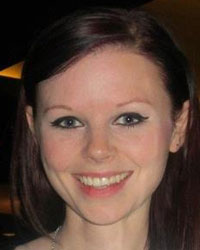 'When I lived at home my mum would only ever buy me M&S clothes, as she thought they were good quality. That's probably the last time I got anything from there, other than things like tights. I know it's not my style. M&S is definitely more for the Twiggy generation, or for country folk and sensible mums; it's not a brand for the urban youth. Maybe in 10 years I'll grow out of my Dr Martens and into some comfy slip-ons, but not just yet.'