Macmillan Cancer Support has launched a campaign highlighting the emotional hardship of a cancer diagnosis.

Created by MRM McCann, the animated spot follows one man’s journey as he faces the aftermath of being diagnosed with cancer.

"When I first found out I had cancer, my head was all over the place," a voiceover begins as a tirade of talking mouths surround the protagonist. However, things take a serene turn after he signs up to Macmillan, allowing him to receive tailored physical, financial and emotional support.

The ad is set to run across Sky, Channel 4 and ITV alongside social media, out-of-home and digital activity, as well as information leaflets and a partnership with Boots. The campaign will then later spread across press and radio.

It was written by James Thorley, art directed by Jon Wells at MRM McCann and directed by Katy Wang through Blinkink. Media was handled by Zenith.

"Challenged with bringing Macmillan Cancer Support’s information and support to people recently diagnosed with cancer, MRM and Blinkink have embraced the brief and without a doubt captured our role in helping people make sense of a cancer diagnosis," Eleanor Howard, head of cancer support marketing at Macmillan, said.

"We are excited to launch this new campaign and hope to bring more help and support to people from the moment they hear the news they have cancer." 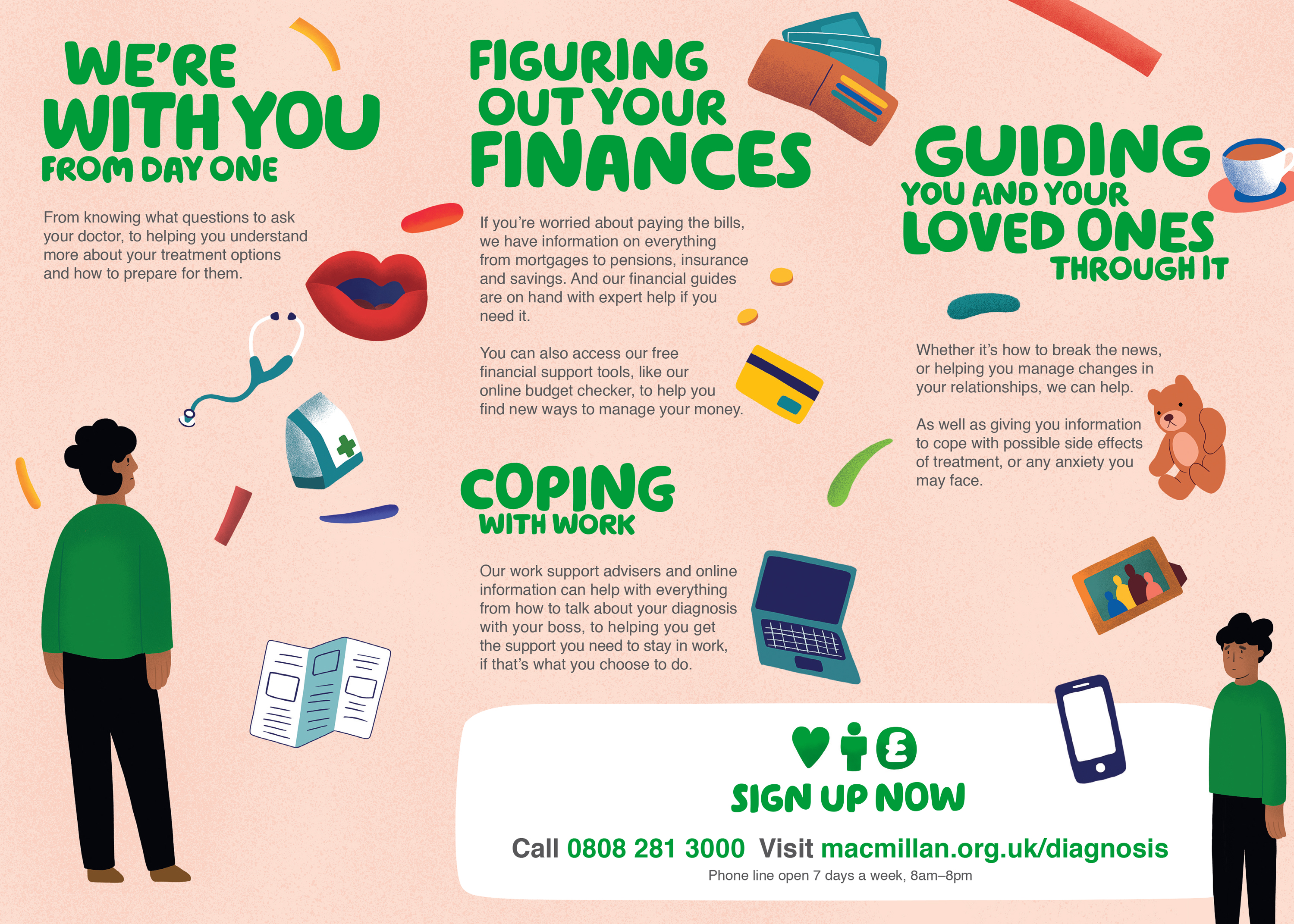 MRM McCann won a competitive pitch in February 2019 to work on a brief focusing on the physical, emotional and financial impact of cancer diagnosis.

According to research conducted by the charity, 26% of UK patients felt overwhelmed by information after being diagnosed, while 14% looked for material online because they didn’t understand the information they were given upon diagnosis.

Nicky Bullard, chairwoman and chief creative officer at MRM McCann, added: "This information support offer is a scalable breakthrough in one-to-one relationship marketing. So many people with cancer will benefit from bespoke support from the experts in cancer care from the very moment they are diagnosed."

In November, Macmillan picked Abbott Mead Vickers BBDO to work on its advertising, while Publicis Media’s Zenith was appointed to handle UK media planning and buying.