One of the best things about working in advertising is you meet lots of interesting people and can stumble across creative opportunities. We met in 2012, during a routine meet-and-greet, and had no idea that a shared love of comics would eventually lead to a partnership and a double life as comic-book writers.

Along with Mark Lewis (Matt’s creative partner), we founded Dead Canary Comics, a small publishing label that started off as a hobby but, thanks to the branding and marketing skills we’d absorbed from our day jobs, grew into something more. Self-publishing introduced us to some of the UK’s most respected creators and publishers and opened the door for us to graduate to our first "proper" graphic novel, Apollo. It was also during the Dead Canary days (as historians will no doubt one day call them) that we discovered our writing jumped off the page much more when we did it together. We work very similarly to how an agency creative team works – an idea is put up against a wall, we smooth-talk it, frisk it down and finally beat it senseless until it tells us what we want to hear. That’s how we wrote Apollo. 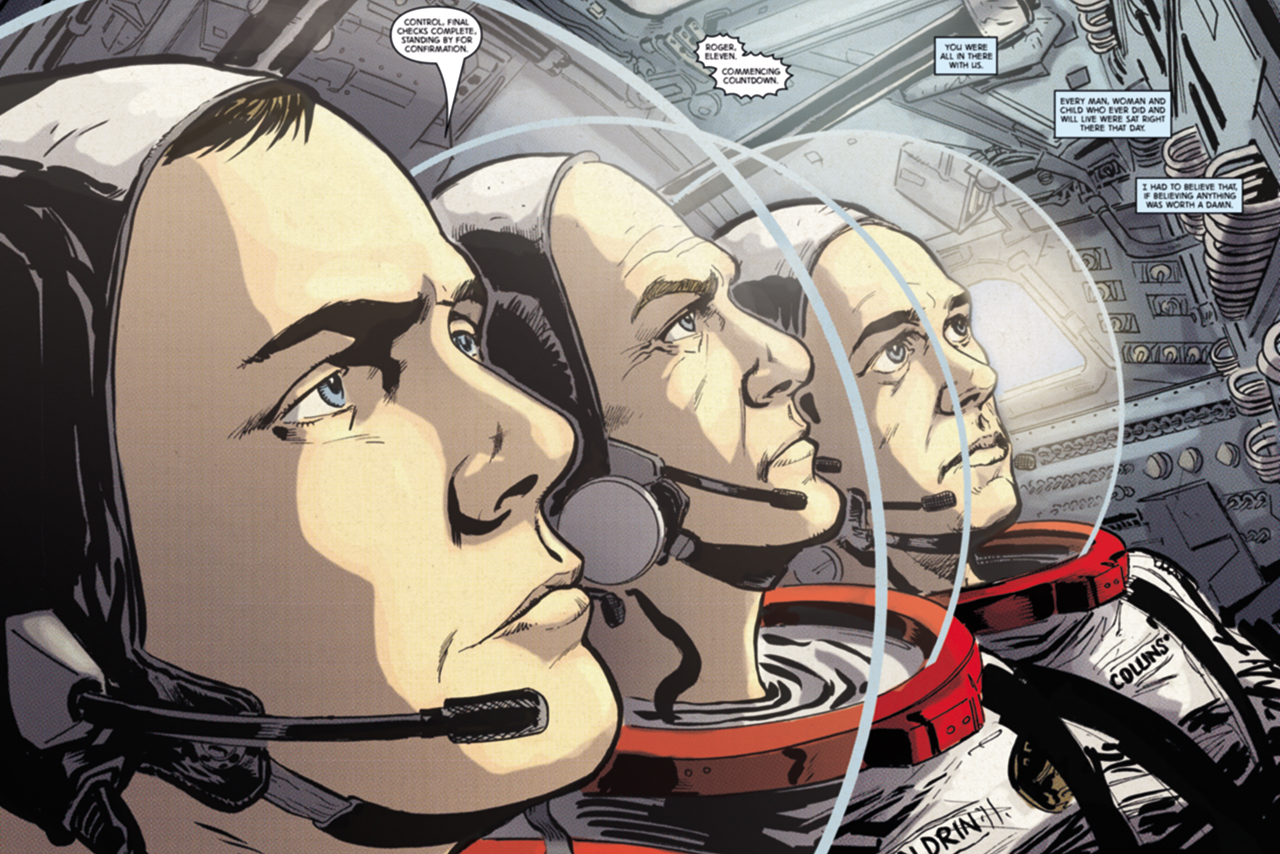 The story of mankind’s first step on the Moon is well known, but we felt we had something new to bring to it. Apollo was a labour of love and is testament to how well collaboration can work when you have the right people around you. We pitched the script to UK publisher SelfMadeHero and took seasoned comic-book artist Mike Collins on board, who, in turn, brought two colourists and a very capable letterer to the table.

The cover was designed by Dan Forde, who was working at King Henry, Adam & Eve/DDB’s in-house design department. Each gave us their best, as we took the sharp tools of process used daily in adland and applied them to the production of a graphic novel.

Trying to squeeze another creative outlet into a busy advertising career is a challenge, but, like most writers, we have things we want to say and just want our stories out there. We love the idea of working with bigger publishers, such as DC or Marvel, and we’re also starting to dabble in writing for TV, so it looks like there’s going to be more late nights and life-juggling on the horizon.

I Made This: Sarah Levitt's Sweet Mother Fluffer