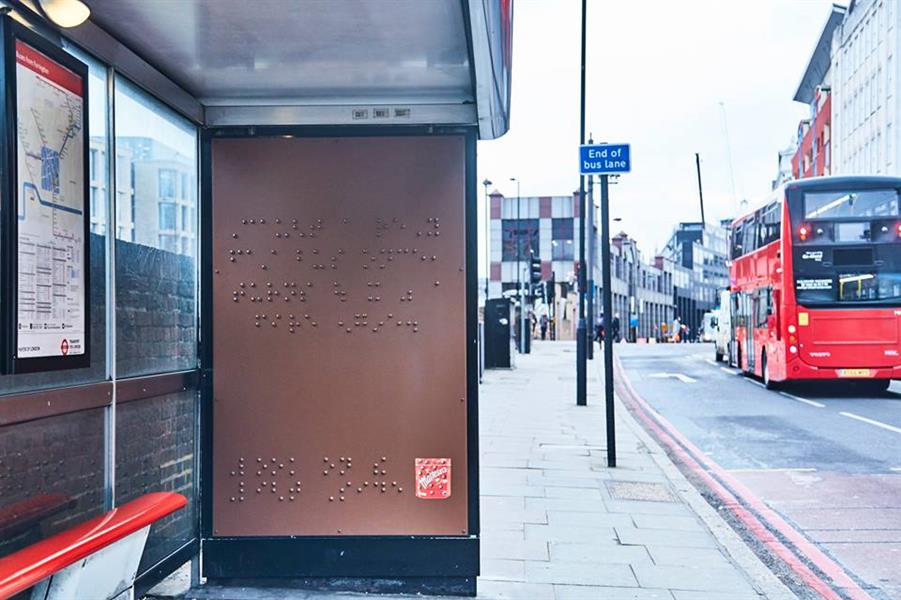 Maltesers is running a billboard in London that is written in Braille to mark World Braille Day on 4 January.

The poster is made of Braille, the tactile writing system used by visually-impaired people, with the dots formed of model-made Maltesers. It will be accessible for everyone through a combination of audio description and a translation on the brand's Facebook page which reads: "Caught a fast bus once – turns out it was a fire engine." The billboard will run in Farringdon until 15 January.

This is the latest effort by Maltesers to better represent disability in advertising. The Mars brand released three TV ads featuring disabled actors during the Rio Paralympics last year.

Friends of the Earth "We've all been there" by Don't Panic

Private view: Start with something never seen before (with Andy Fowler and Mike Nicholson)