Jim Carroll, chairman of BBH London, argues that in the pursuit or creativity and collaboration, marketing has become too childlike and forgotten the serious nature of the business.

In the course of my career I've been dressed as a superhero and a metrosexual. I've reenacted Bohemian Rhapsody and Pharrell's video for Happy.

I've rewritten the lyrics to The Twelve Days of Christmas around the global category objectives. I've built balsa bridges and done stretch exercises in my suit. I've told complete strangers curious secrets about myself. I've been thrown creme eggs at conferences.

More than this, I'm concerned that it's all got a bit out of hand. In seeking to lose our inhibitions, do we sometimes lose our dignity? Can behaviours intended as a catalyst to creativity and collaboration become a constraint on our credibility? Are brands themselves, as a consequence of all this, beginning to speak like a child?

In short, I'm concerned that modern marketing is being infantilised.

The serious enterprise of brand building

I first heard Kate Bush performing 'The Man With the Child in His Eyes' in the late '70s. I loved that song. Back then the thought of an adult retaining his childlike innocence was hugely attractive. Society was constrained, conventional, conservative. Masculinity was muscular, macho, two dimensional.

But now Peter Pan is ever present. We live in an age of deferred maturity and kidulthood, of the eternal mid-life crisis and the oldest clubbers in town. We live in the era of Game of Thrones, Guardians of the Galaxy and Glasto Podpads. The childlike increasingly seems childish.

I believe brand building and communication are serious enterprises. They require more than kindergarten architecture, a few beards and a bike rack. More than an ideation session with Post-It notes, a kooky illustrator and Gummy Bears. 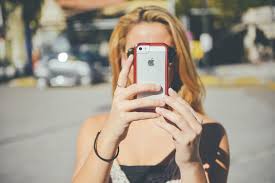 I believe that grown up brands should engage consumers as grown ups. That talking in chatty tones, Californian patter, primary colours and VAG Rounded can sometimes diminish the integrity of the conversation. I believe that if we want to be taken seriously we should be a little more serious.

Perhaps now is the time for marketing to "put away childish things".

I confess that I didn't actually dress as a superhero at the category conference in LA. I hid in the toilets instead.

Why Tesco should rediscover its humility

Quiz: which marketer are you?

Happiness: Why workplace wellbeing is a serious issue

Reinventing marketing: We need to rediscover the real meaning of brand trust