We've read the Labour, Conservative, Lib Dem, Green and Ukip manifestos - collectively more than 450 pages of policy, posturing, and guff - so you don't have to. Here are some of the key points related to marketing.

Having already covered the launch of the main three political parties’ manifestos - in chronological order of release (Labour, the Conservatives and the Lib Dems) - we will start with the salient marketing-related points covered by marginals the Greens and UKIP. 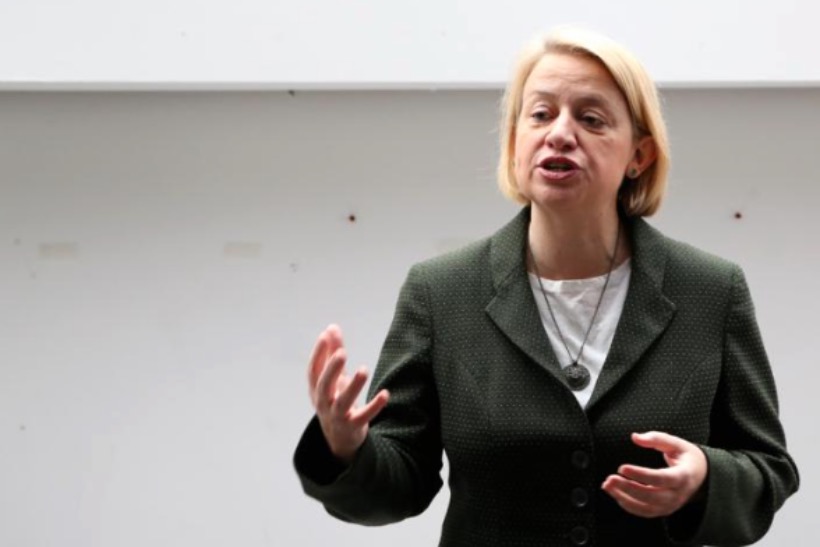 First off, the Green Party is clearly not a fan of the very term used by marketers and brands: ‘consumers’. "It’s hard to be a citizen when life tells you you’re a consumer," the 84-page manifesto reads.

The document says that the party wants to "strengthen controls on advertising directed at children", but adds little detail.

However, there are clues as to what areas might be affected in some of the other policy outlined in the document. The party would increase the amount of VAT on "less healthy foods, including sugar", and spend that income on "subsidising around one-third of the cost of fresh fruit and vegetables".

Like the Conservatives, Labour and the Lib Dems, the Greens would also put a minimum price on alcohol, at 50p per unit to "reduce the physical, psychological and social harm associated with problem drinking". This will "have only a negligible impact on those who drink in moderation", it said.

Cruelty to animals features high on the Greens' list of issues that it would tackle were it to gain government,  saying it would ban the production and sale of foie gras and update the rules on selling animals. It would also tackle "problems associated with online advertising of pets and illegal imports".

The Greens also criticised the privatisation instigated by this and previous governments, singling out the sell-off of Royal Mail. "The public lost £1 billion, while George Osborne’s best man’s hedge fund pocketed £36 million," it said. The manifesto also condemns the use of firms by government that have had their business practices questioned, such as G4S and Atos.

In terms of media, the Green’s is very anti the notion of media groups owning too much and having too much sway. It would therefore: "Tighten the rules on cross-media ownership and ensure that no individual or company owns more than 20% of a media market."

The Greens view digital as important in empowering people and allowing them to work more from home, for instance. So it said it would "ensure that all have digital access and give BT and other public telecommunications operators an obligation to provide affordable high-speed broadband-capable infrastructure to every household and small business".

The party would also increase government funding of the arts by £500m a year and reduce VAT to 5% on live performances. 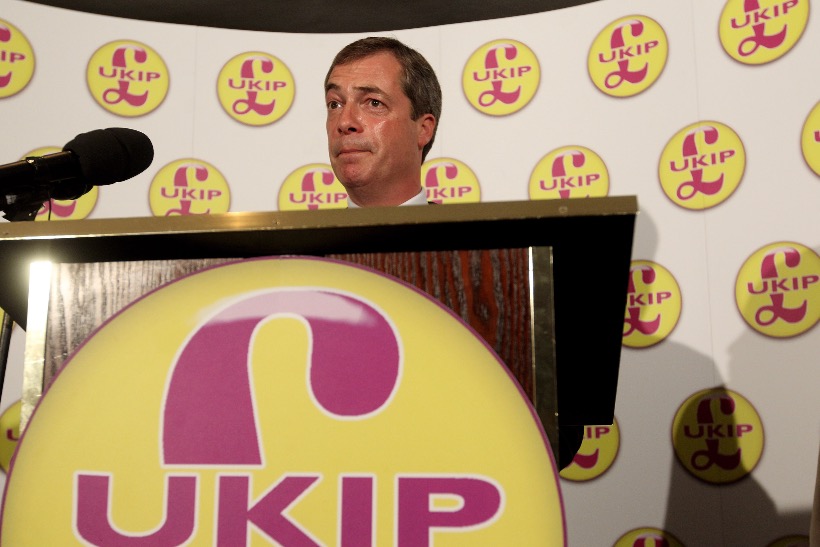 UKIP’s manifesto is predictably full of a lot of anti-immigration, anti-EU rhetoric, whilst also driving home the notion that the party is inclusive, and certainly not racist.

From a marketing standpoint, UKIP claimed that food labelling would come "back under the control of the Westminster Parliament when we leave the EU" (the latter point surely no certainty even were the party to gain power, they’ve promised a referendum).

UKIP said that this control of food labelling would mean it would insist that animal products are labelled to show country of origin, method of production and transport, including whether the animal was stunned prior to slaughter and information on hormones and GM products.

"We believe strongly that customers have the right to see this information," UKIP said.

But, in tune with with party leader Nigel Farage's pint-of-Best-quaffing image, UKIP’s most emphatic marketing-type drive would be its "Save the Pub Campaign!" - the single instance of an exclamation mark in the 72 pages of manifesto blurb, bar one used in a particularly emphatic quotation from a UKIP councillor.

In a bid to reverse the trend of pub closures (citing 21,000 since 1980), ’Save the Pub’ will allow pubs and clubs to open smoking rooms, provided they are well ventilated, and give tax breaks to smaller breweries. The party will also oppose minimum pricing of alcohol and reverse plain cigarette packaging legislation. 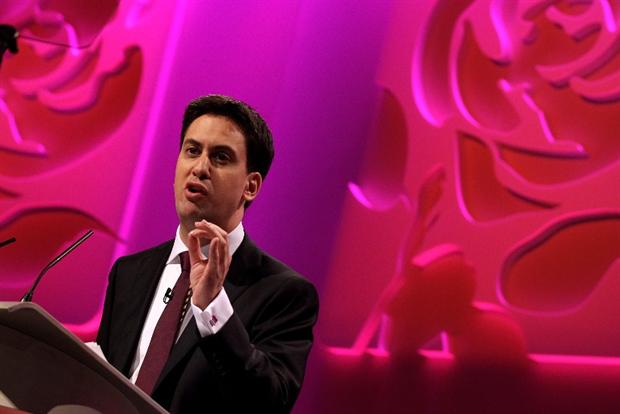 Labour’s manifesto insisted that the party will set limits on the amount of sugar, salt and fat in foods marketed to children should the party gain power in May's general election, but the 85-page document omitted earlier promises to target tobacco companies.

The NHS section pledges that Labour "will set a new national ambition to improve the uptake of physical activity", "take targeted action on those high strength, low cost alcohol products that fuel problem drinking" and "set maximum permitted levels of sugar, salt and fat in foods marketed substantially to children".

While the manifesto singles out the marketing of products high in sugar, salt and fat, it is largely silent on tobacco, merely touching on plans to place a "levy on tobacco plans". This is in spite of comments made in January by shadow health secretary Andy Burnham,who said "children will need better protection from the pressures of modern living and the harm caused by alcohol, sugar and smoke and Labour will not flinch from taking the action needed to provide it". 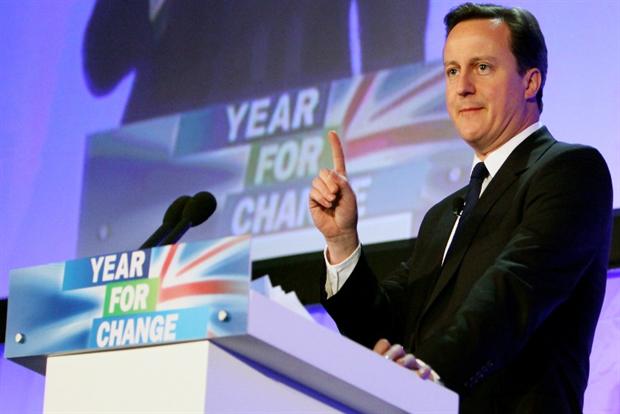 The Conservative manifesto repeated the party’s promise to forge ahead with plain cigarette packaging legislation, while promoting healthier eating among children and "clear food information" are also high on its agenda.

In a section on health, the Conservative manifesto said: "We are helping people to stay healthy by ending the open display of tobacco in shops, introducing plain-packaged cigarettes and funding local authority public health budgets."

Expanding on its commitment to health in today’s manifesto, the Tories added: "We will take action to reduce childhood obesity and continue to promote clear food information." The promises are slightly vaguer, but similar in tone to those made by Labour in its manifesto.

Elsewhere, promises include supporting the creative industries - film, theatre, video games and orchestras, while a tax credit for children’s television would be introduced next year were the party to get into government post 7 May’s general election.

The manifesto also outlined plans to promote competition to keep the electorate’s energy bills low, with the party taking credit for various measures introduced since the Conservatives have been in government.

"We will go even further, implementing the recommendations of the Competition and Markets Authority investigation that we triggered," it added. "We will ensure that every home and business in the country has a Smart Meter by 2020, delivered as cost-effectively as possible, so consumers have instant, accurate bills and can switch to an alternative provider within one day." 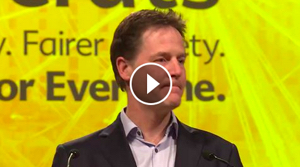 The Liberal Democrats' election manifesto promised that the party would restrict the broadcast of "junk food" advertising before 9pm, complete the introduction of plain cigarette packaging, clamp down on e-cigarette advertising and "encourage the traffic light system" for food products.

The Lib Dems said they would do more to promote healthy eating and exercise, including continuing the ‘5 A Day’ campaign.

The 138-page manifesto also insisted the party would "carefully monitor the growing evidence around electronic cigarettes", which while acknowledhing that they appeared to be "a route by which many people are quitting tobacco", it stressed the need to ensure there are marketing restrictions on advertising of such products. But the Lib Dems insisted they would rule out a statutory ban on ‘vaping’ in public.

Meanwhile, tobacco companies would be forced to pay a levy, "so they fairly contribute to the costs of health care and smoking cessation services", and the Lib Dems would enforce minimum unit pricing for alcohol.

Will The Conservative Party's investment in social media swing the vote?