Ads use euphemisms to start conversation about serious subject.

Marie Curie’s new campaign aims to break the taboo of talking about death.

Created by Saatchi & Saatchi London, the colourful ads highlight various euphemisms for death, such as "Kick the bucket" and "Take your last bow", to start a conversation about the subject. An animated film, set to an upbeat jingle, illustrates those euphemisms with images such as a rubber duckie, a welly kicking a bucket and an egg looking up at a hen.

It ends with the line: "Whatever you call it, we should talk about it." This is one of the biggest initiatives urging people to plan for the end of life, according to the charity.

Marie Curie said that people’s reluctance to think or talk about dying means many feel unprepared and distressed when facing the end of life. Breaking this taboo is even more important because the number of people dying is set to increase sharply over the next 10 years, it added.

The campaign will run across TV, radio, social media and PR. Marie Curie has also set up an online resource called Talkabout with materials such as conversation-starter cards, podcasts and checklists to help people plan for the end of life. 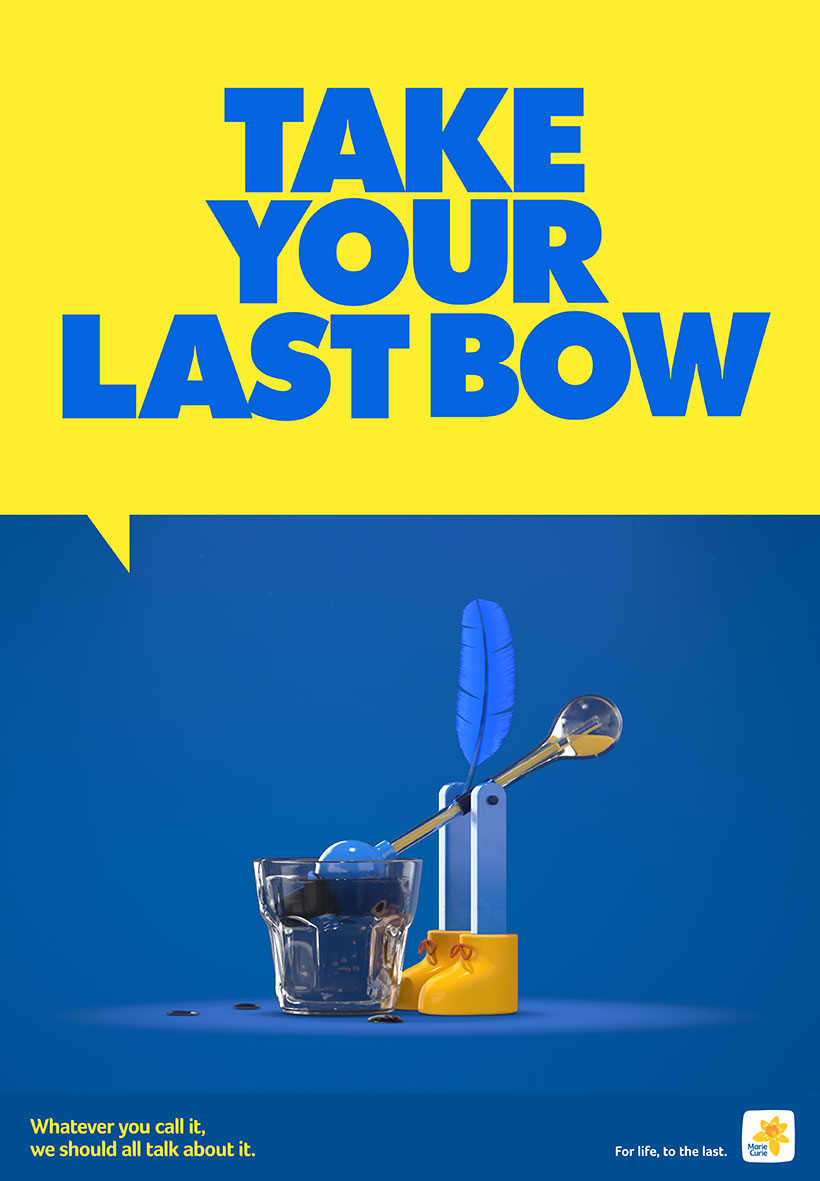 Dan Treichel, executive creative director at Saatchi & Saatchi London, said: "As a culture, we avoid talking about death so much that we invent really creative euphemisms to avoid saying the D-word. This seemingly endless list felt like a really interesting way to get people talking and planning for when they ‘meet their maker’."

The work was written by Ryan Price and Sarah Heavens, art directed by Maria Suarez-Inclan and produced by Moth. Opticomm is the media agency.

New research commissioned by Marie Curie found that not being aware of someone’s final wishes made it more difficult for the bereaved to cope with issues including emotional well-being, financial matters and funeral arrangements. A quarter of people surveyed who weren’t aware of their loved ones’ final wishes experienced regret over unresolved feelings or things left unsaid, while one in five people were left feeling unsure if the funeral was what the person would have wanted. 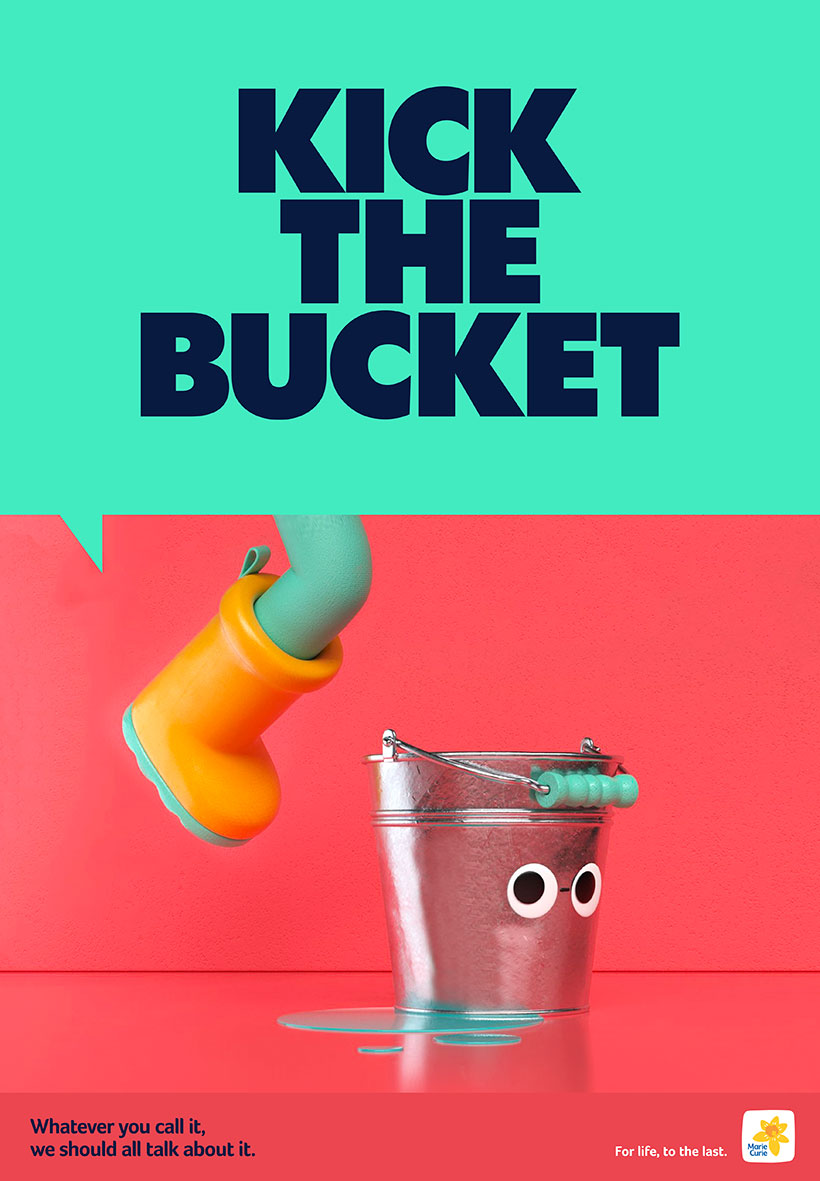 Matthew Reed, chief executive of Marie Curie, said: "When we are bereaved, we can experience avoidable regret, guilt, confusion, family conflict and negative financial and legal impacts. While most of us say we are comfortable having these conversations, the reality is that many of us are not making any preparations as it feels a long way off or something that will cause unnecessary upset both for us and the people around us.

"But we need to plan more for the end of life, while there is still time to do so. Having these conversations early can be easier than having them when we, or someone we love, are dying."

BT to create pop-up to teach children how to code

Are Publicis' problems reflective of a wider market malaise?

Direct Line gears up for Halloween with 'Survive the horror' campaign

Marie Curie to illuminate 4,000 daffodils for 'Garden of light' experience

Marie Curie to set up Christmas tree powered by memories