Whether you're sunning yourself on La Croisette or lunching 'al desko' in Crawley, creativity is the lynchpin of marketing. Suzy Bashford asks how marketers can drive the creative agenda in the digital age. 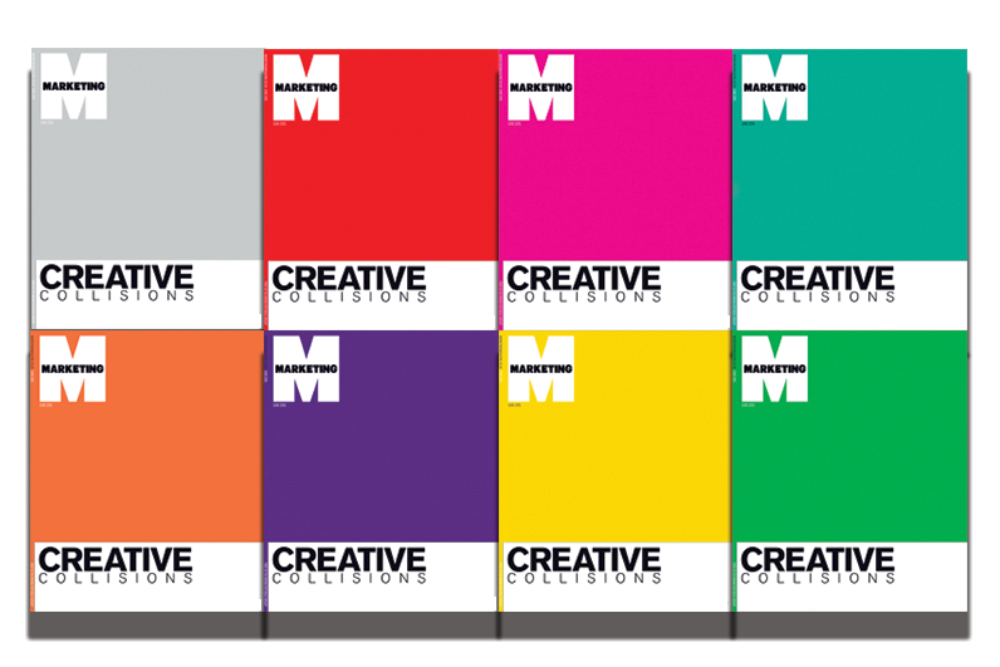 There is no algorithm for creativity. It can’t be plotted via a formula on Excel. Perhaps for these reasons, creativity is at risk of being overshadowed by the comfort and certainty of hard, big data. But the tide is turning, with a growing number of marketers redressing the balance between art and science, realising the real magic happens when you couple creativity with number crunching.

Of course, some marketers – such as Phil Rumbol, the former Cadbury marketing director who commissioned the Gorilla campaign and brought back the Wispa – never lost sight of its value and feel frustrated that many brands still don’t fully appreciate creativity. "Apple and Google, two of the world’s most valuable companies, got to where they are through creativity, yet it’s viewed as ‘kind of a bit soft’. Creativity is not a soft business skill; it’s a hard skill that can transform business and we have to make time for it," he says.

Some of the most edgy, innovative brands agree, and, through their creativity, are catching consumers’ attention, despite content overload. Paddy Power, for example, strives to push its ideas right to the edge, because that’s where it believes competitive advantage lies. "We have a lot of creative freedom to be close to the line. Sometimes we don’t go close enough and sometimes we go over it, but if you don’t know where the line is, you’re not even going to get near it," says Paul Mallon, head of digital engagement at Paddy Power. "In social advertising there is such a rush to the ‘middle’, to the ‘vanilla’, so there’s a great opportunity for brands like Paddy Power to go to the edges and to appeal to the silent majority on social media such as Twitter."

The idea that creative agencies have ownership of creativity is a notion that now exists only in the fantasy realms of Mad Men. Matt Barwell, chief marketing officer at Britvic, remembers a time when he was told by an agency account manager that he should just worry about selling the product and leave them to do the advertising. "Clearly those days have changed," he says. "Everyone involved in marketing has a creative role to play. We have taken a lot of action to ensure  that we are nurturing creativity internally and with our agencies, and have done things such as bring in creative leadership company Upping Your Elvis.

The issuing of a brief is no longer the signal to ‘be creative now’ either. Progressive marketers work with their agencies continually to explore big questions, in anticipation of homing in on a particular task. "The best ideas have come from teams where we have discussed problems, ambitions and challenges before the brief has been written," says Emma Colthorpe, head of marketing, fashion and beauty at John Lewis.

Nick Jones, head of digital and corporate social responsibility at Visa Europe, adds that briefing an agency is "not about writing a brief and shoving it over the fence and then waiting for the pitch". He continues: "More often it’s the shaping of the problem together that leads to the creative insight; it’s a much more [collaborative] environment."

Nailing a good brief is an art form in itself. It takes huge skill to write one that is open enough to inspire and liberate, yet tight enough to keep to the objective and focus minds. According to some marketing folklore, the crazier, more ‘way out’ the brief, the more creative the work. Falling into this category is the tale of Paddy Power’s legendary two-word brief: "Scare us." Although Mallon doesn’t deny that this particular marketing myth is based on fact – adding that it sounds like something the brand’s ‘mischief’ department would do – he is at pains to point out that the best creative work comes from a detailed, data-laced brief.

"Behind the creative freedom there is a regrettable amount of Excel documentation," says Mallon. "So, while it might look like we are a bunch of kids high on lollipops, the campaigns that work well are immaculately planned for an extraordinary amount of time. The trick is to make them look spontaneous and reactive. The truth is that brilliantly reactive content has been brilliantly planned."

Paddy Power’s stunt during last year’s FIFA World Cup, making it look as if it had cut down trees in the Amazon to carve out the words "C’mon England", is a good example. The campaign took months to plan, with every outcome discussed, down to the "perfect outrage tweet", at which point it would reveal this was actually a hoax intended to raise awareness of deforestation.

The rise of digital is breaking down barriers across businesses, whether between brand-side departments or agencies on a roster. Creativity in the age of social media is stifled by silos. For this reason, ‘collaboration’ is the word on everyone’s lips.

"The digital era demands that we all think and work with unprecedented levels of pace and flexibility," says Dominic Grounsell, global head of digital marketing at currency exchange company Travelex. "Marketers and agencies need to work ever closer together to develop ideas, to test, refine and build. Linear processes that pigeonhole people into specific roles limit our ability to utilise our collective brainpower."

Collaboration is too often being confused with consensus, to the detriment of creativity

However, while it may sound good in a mission statement or on agency credentials, the uncomfortable truth is that collaboration is very difficult and few people are genuinely doing it well. As human beings we are hardwired to fight for our territory, to be driven by fear, to defend our place in the pack and to protect ourselves and our slice of pie.

Collaboration is unsettling because it requires that we open ourselves up to vulnerability (sharing an idea, for instance, puts you ‘out there’ and takes courage, as well as the right environment), play nicely and support, rather than compete.

Patrick Collister, head of design at Google, believes brands need to employ creative directors internally to facilitate collaboration. "At the moment there is pandemonium," he says. "Agencies are supposed to work with each other but they are at each other’s throats to get more budget. Having an internal creative director, with the same authority as the chief marketing officer, is a really good idea. ‘Comms’ covers many channels now, so you find a lot of those channels have multiple agencies with multiple tasks. You really need someone who understands the brand proposition and how that translates into a core idea and they need to be someone who can work with all the agencies."

Collaboration is too often being confused with consensus, to the detriment of creativity. It is not about pleasing everyone, it’s about challenging each other so you arrive at an idea that is greater than the sum of its parts, or any one individual. Chances are, if you’re pleasing everyone, then you probably have quite a bland campaign on your hands.

Of course, the need to respect one another’s opinions is paramount, but great creativity comes from taking risks, rather than watering down an idea so that it becomes a distant, diluted memory of a once bold, transformative thought in one person’s mind. Marketers must resist the temptation to tweak an idea just to put their stamp on it, before they ‘approve’ it or ‘give it sign-off’, part of a lexicon that is already outdated and unhelpful because it jars with our increasingly digital-driven and democratic creative culture.

Click here to discover which odd locations and starnge places marketers said were their most creative spaces.

Agile marketing: the pros and cons to adopting a start-up mentality

From Mad Men to Sad Men: Is the client/agency relationship in crisis?

Google, Microsoft and BBC discuss the 'desert of digital skills'

Will Gompertz: doubt is the fuel that powers the creative mind

Where do Jamie Oliver, Mary Portas and Sir John Hegarty get creative inspiration?

The 'Wurst' approach to Eurovision sponsorship?