Facebook has argued it would “change the internet as we know it - for the worse”.

UK marketers are heavily in favour of Apple’s new data transparency feature in iOS, with 81% supporting the change, a survey has found – despite warnings from Facebook the change could have a severe impact on advertisers’ business.

The feature, App Tracking Transparency (ATT), allows users to control how their data is used for ad-targeting purposes. Announced at a developer conference last June, it includes a requirement for app developers to first gain consent from its users, if the user’s app collects a device code unique to them called an IDFA (ID for advertisers).

This code is randomly assigned by Apple to a device, and developers can use this at their disposal to target the user with specific ads – tracking the performance of ads across the device’s apps.

Apple’s new move would essentially give consumers the opportunity to opt-in to this feature, or deny consent to advertisers collating data to drive targeted ads on their personal device.

Stated to rebuild consumer trust by increasing transparency around data, the feature is one of a number of changes that pose a challenge to conventional ad targeting. Google Chrome, Apple Safari and Mozilla Firefox have all also revealed plans to phase out the use of third-party cookies on their browsers.

The research also found that new strategies from tech giants, such as Apple’s ATT, are a driving force for change – with 57% of marketers saying they had adopted consent-driven personalisation methods, or were planning to in the next year.

Lynne Capozzi, chief marketing officer at Acquia, said: “Initiatives such as ATT and the phasing out of third-party cookies are a valuable first step towards restoring consumer trust.

“Our findings clearly show that consumers and marketers alike welcome the increased emphasis on transparency, despite protestations from Facebook.

“It's great to see marketers recognise that by shifting towards consent-driven strategies, they can take significant steps towards restoring consumer trust.” 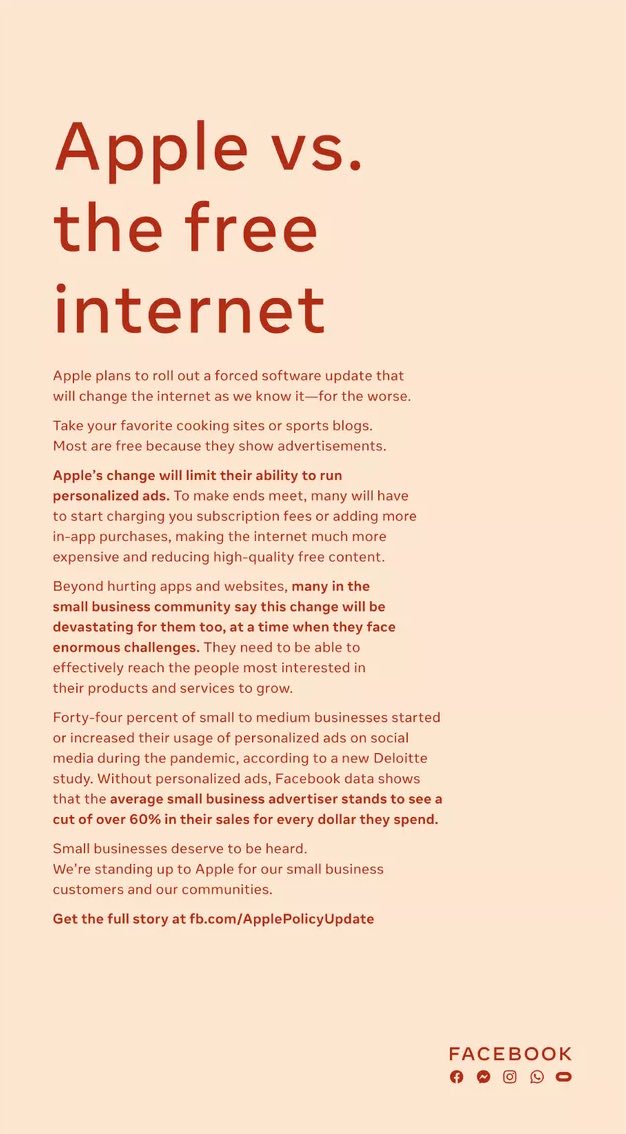 Facebook, which has become one of the world’s most valuable companies on the back of targeted advertising, has been starkly opposed to Apple’s privacy push. It ran a series of ads in December stating the plan would “change the internet as we know it - for the worse” and that it was “standing up to Apple for small businesses everywhere”.

Facebook claims that advertisers should expect a reduction in being able to accurately target consumers, and more difficulty measuring the success of said campaigns.

Despite the high level of enthusiasm for Apple’s changes, a significant number of marketers appear to agree with Facebook that they will hurt their own businesses, with 39% thinking the changes will have a very or somewhat negative impact, compared to 31% who thought the impact would be very or somewhat positive.

Still, with 48% of the 2,000 UK consumers also polled by Acquia stating they would be unlikely to opt-in to tracking, it’s clear that the demand for tightening privacy is significant – with brands needing to find new methods of engaging with potential customers.

Should marketing or CSR own the purpose agenda?