Marmite has launched an app that analyses people's emotions as they eat the spread and determines whether they are born to love or hate it.

AnalogFolk developed a bespoke algorithm to convert those emotions into a sliding scale of love and hate for Marmite. After the taste test, the app gives users a rating between 0% and 100%.

TasteFace encourages users to share the results of their test, with a customisable reaction gif for social media. 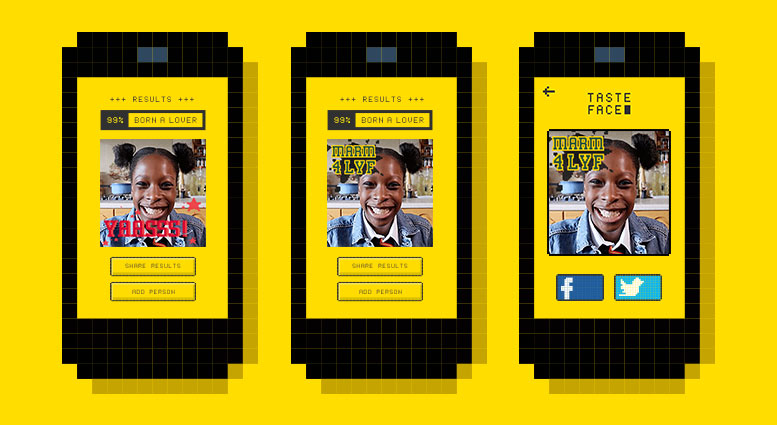 The app is part of a Marmite campaign claiming that people are born genetically more likely to love or hate the product. The Unilever brand commissioned a scientific study that discovered 15 genetic markers linked to people’s preference for the spread.

Adam & Eve/DDB created the campaign, which includes a TV ad that broke on Saturday. People can also order their own Marmite gene testing kits.

Philippa Atkinson, brand manager for Marmite at Unilever, said: "With TasteFace we are encouraging the British public to try Marmite, butter their toast and discover their fate – are they lovers or haters? We know that some people have written off Marmite in the past, so innovations like TasteFace, while fun, also serve a real purpose, by encouraging people to give it a go!"

Is the latest Marmite wheeze to everyone's taste?

Marmite "The summer of love not hate" by Adam & Eve/DDB

Marmite "Love it. Hate it. Just don't forget it" by Adam & Eve/DDB