Earlier this decade, parents were shunning Barbie because they didn't see her as a good role model for girls. That has now changed, according to Barbie's brand chief.

When most people think of Barbie, they think of her as long-limbed, ultra-slim and blonde. They imagine her galloping around a ranch on one of her ponies, flirting with Ken in her dream house or cruising down the Malibu highway in a 4x4. Perhaps they imagine her sifting through her fashion closet or popping out for the day on her helicopter.

But what they perhaps don't think, when it comes to Barbie, is that she is a good role model for girls. 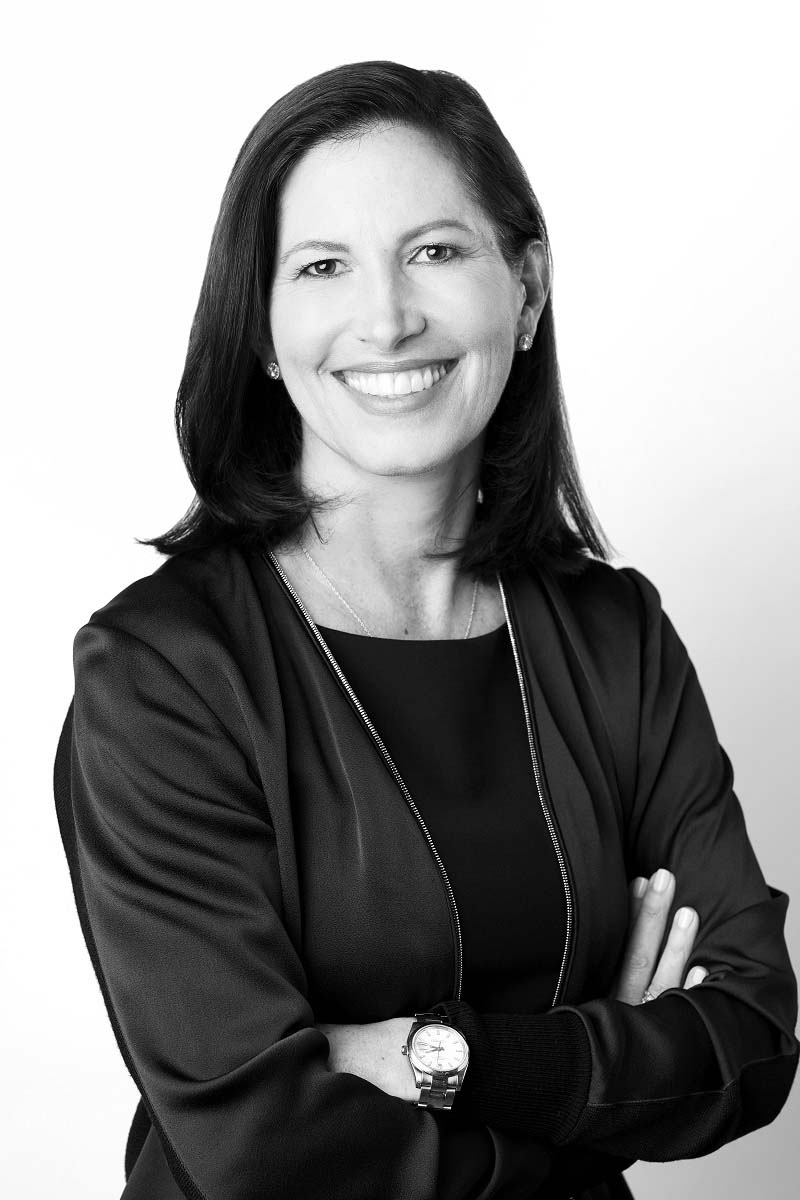 Parents certainly didn't seven years ago, Lisa McKnight (pictured right), senior vice-president and global brand general manager, tells Campaign. When the brand analysed attitudes to Barbie, it found that parents were hesitant to buy it. Parents feared Barbie – little changed since she was first put into production six decades ago – was outdated. The world had changed, McKnight says, "and Barbie wasn't keeping pace".

Barbie has had to take steps to address this. Following a 20% drop in sales between 2012 and 2014, brand owner Mattel overhauled the Barbie collection to focus on a more diverse and aspirational range of dolls. Today, the range includes career dolls – parents can snap up anything from a judge to a news anchor to an astronaut.

It even counts an astrophysicist, builder, beekeeper, political candidate and entomologist among the range, as well as a more physically diverse range of dolls featuring different skin tones, hair fibres, body sizes and body types, including a wheelchair user.

Barbie is being given a 21st-century makeover – even if she is still, for the most part, unattainably beautiful.

Diversifying Barbie looks to be paying off. In the third quarter to 30 September, Mattel reported a 10% increase in sales of Barbie – outpacing its wider doll portfolio, which grew 5%. Nothing about this overhaul has been easy, though. Manufacturing and design had to ensure all new doll shapes could fit within existing Barbie playsets, such as houses and vehicles.

"The brand has never seen a dramatic decline. But when we listened to the social sentiment, we didn't like the playback," McKnight says. "We were hearing from parents, mums in particular who grew up with and played with Barbie were hesitating about buying Barbie for their own daughters. They were questioning Barbie as a positive role model against the backdrop of societal change that was happening."

The brand had been too focused on marketing the latest products, she explains, and needed to overhaul its strategy to focus on Barbie's brand purpose: that girls can imagine their future selves through the doll. Barbie had very high brand awareness, but people just weren't buying into her.

"Parents didn't see a lot of substance behind the doll. We also had content out there that portrayed Barbie in a fun way but without a deeper meaning or message," McKnight continues. "Barbie was viewed as too perfect and unrelatable. We knew we needed to do more and product was the single biggest message we could send to show we were listening and ready to evolve and modernise." 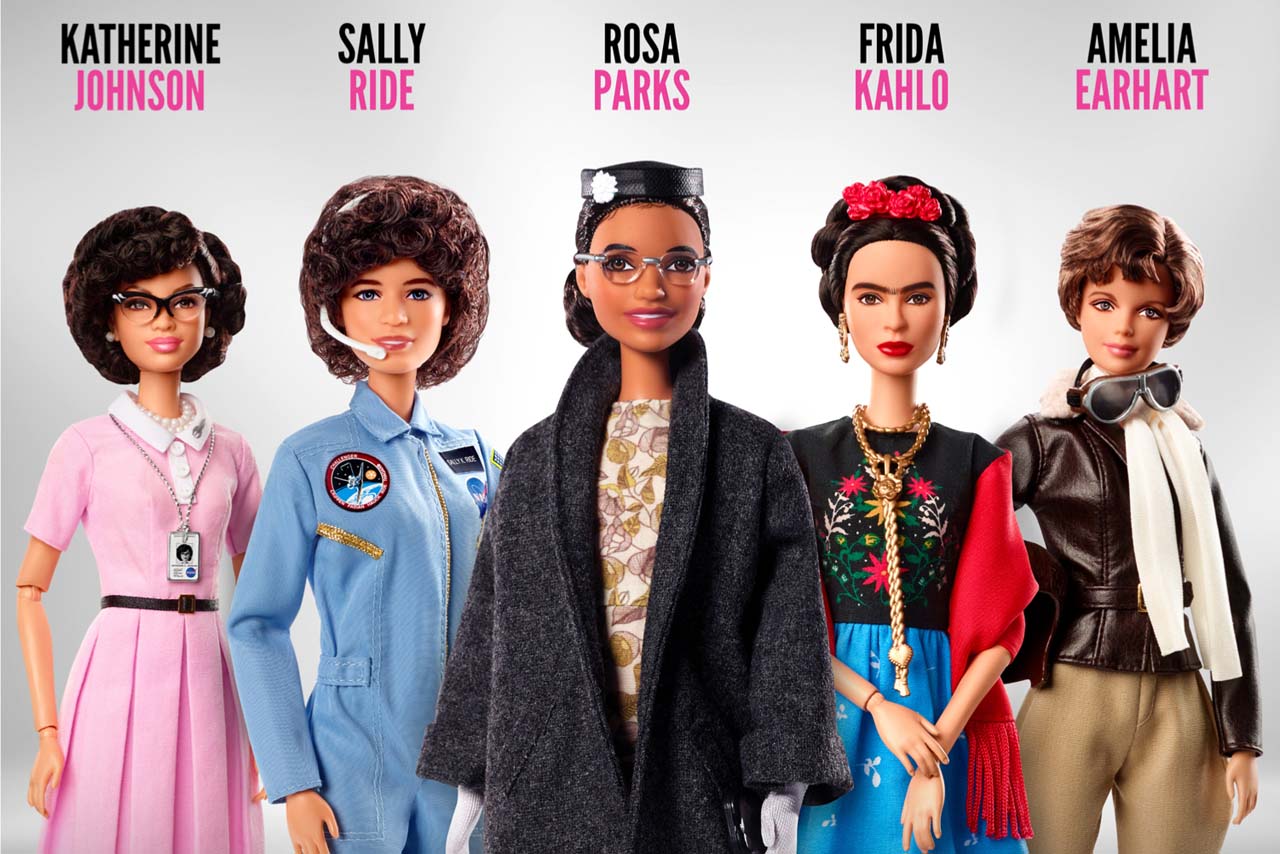 Experiential and digital marketing, much of it developed in-house, has played a key role in positioning the doll as championing "female empowerment" – with a particular focus on pushing Barbie into STEM (science, technology, engineering and mathematics). In the UK in July, Barbie partnered with the European Space Agency to develop a doll in the likeness of female astronaut Samantha Cristoforetti.

It also used its Barbie YouTube channel – which has 7.7 million subscribers (along with more than two million Instagram followers) – to teach children about Samantha Cristoforetti and her achievements. Last month, it partnered Virgin Atlantic to show younger girls the scope of careers at the airline by creating pilot, cabin crew and engineer dolls.

The central insight underpinning this activity is research that shows that, starting at age five, many girls develop self-limiting beliefs and begin to think they're not as smart and capable as boys. It forms part of Barbie's global Dream Gap Project, which aims to leverage Barbie's platform to tackle that.

Mattel has also rolled out a collection of 20 "inspiring women" dolls to celebrate its 60th year and to honour role models who are "breaking boundaries to inspire the next generation of girls" – these include toy versions of Frida Kahlo, Amelia Earhart, Rosa Parks and Katherine Johnson.

Diversifying Barbie looks to be working. Almost 50% of all Barbie brand sales, McKnight tells Campaign, now come from its non-traditional dolls: "Connecting Barbie to culture by reflecting the world today… it's resonating. Diversity and inclusion, it's working."

Looking at the marketing mix, digital is a "huge percentage" of Barbie's marketing investment and McKnight singles out YouTube as the number-one way children today discover new toys. But TV and traditional advertising are still important, alongside trade marketing and merchandising at retail.

She says: "We're trying to make sure everyone is aware of the progress and modernity [of the brand] with as much paid and earned media as we can."

Mattel's internal marketing and communications team, she adds, includes staff hired from agencies on both the creative and account management sides. The company also has its own photography studio, meaning it can create many assets in-house.

"That said, we also highly value our agency partners, so we work in combination with the two," McKnight continues. "As an example, for Barbie, we worked with our agency BBDO on a brand film about five years ago called 'Imagine the possibilities', but all the role model partnerships and associated video assets were evolved and produced in-house."

The Mattel portfolio, which includes Hot Wheels and Fisher-Price among others, has something for everyone, McKnight says – and it has a range that pushes the boundaries far more than Barbie.

It hasn't been well-received everywhere, however. At a recent panel session, McKnight told the audience how Mattel decided to hold off launching in Russia after pushback from areas of the government.

"The government and the church had opinions about the product launch and had concerns we were trying to promote transgender behaviour or convert kids to homosexuality," she says. "That was some of the negativity we got on social media – people thinking we were this crazy, progressive company that was trying to change everyone."

Nonetheless, Mattel sees opportunities in more inclusive toys. "As we've seen kids continue to evolve, we're hearing that they don't want labels on the toys they play with – they want to make up their own rules and have a blank canvas," McKinight says. "Children just want toys to play with – they don't care about the gender."

How Scrabble is keeping a 70-year-old brand relevant