Critics of London Mayor Sadiq Khan are to fly a blimp of him in a yellow bikini in central London on Saturday at an event, called Make London Safe Again, organised as a response to Khan's decision in July to allow protestors to fly a blimp depicting US president Donald Trump as a baby.

The garment is a reference to the early 2015 ad for Protein World that showed a girl in a yellow bikini next to the copy "Are You Beach Body Ready?". The ad triggered a backlash from feminist groups who accused the brand of portraying unrealistic body images, and led to Khan making a pledge in his Mayoral campaign that he would direct the London transport network to reject such ads.

The Khan balloon was conceived by Yanny Bruere, who has been campaigning against the Mayor’s record on crime, as a crowdfunded response to the Trump protest and blimp. Bruere initially mocked up Khan in a nappy for the fundraising, which was positioned as a way of finding out whether Khan would apply the principle of free speech to a protest against himself.

The change to the yellow bikini underlines this aspect of the protest, although it has been misreported that Khan personally banned the Protein World ad. It was actually banned by the Advertising Standards Authority, after 378 complaints, for misleading health and weight loss claims and the ASA later cleared it of causing offence and being socially irresponsible.

After getting elected in 2016 Khan did go on to bring in a ban on ads promoting "unhealthy or unrealistic" body shapes on TfL sites, which include the Underground and bus shelters.

"As the father of two teenage girls, I am extremely concerned about this kind of advertising which can demean people, particularly women, and make them ashamed of their bodies," Khan said at the time. "Nobody should feel pressurised, while they travel on the Tube or bus, into unrealistic expectations surrounding their bodies and I want to send a clear message to the advertising industry about this." 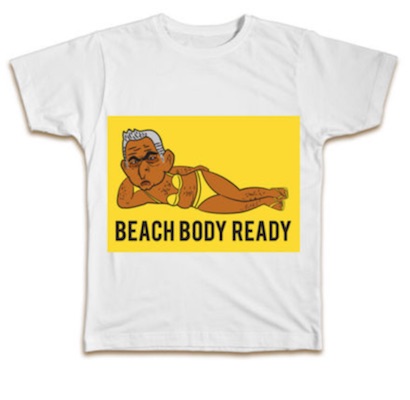 Protein World has so far been silent on what it makes of its campaign being referenced by Bruere and his protest, despite Bruere’s use of the ‘beach body ready’ phrase on t-shirts featuring an image of his Sadiq Khan balloon.

Other T-shirts promoted on Facebook by Bruere’s Make London Safe Again campaign include a cartoon of Khan with blood on his hands. 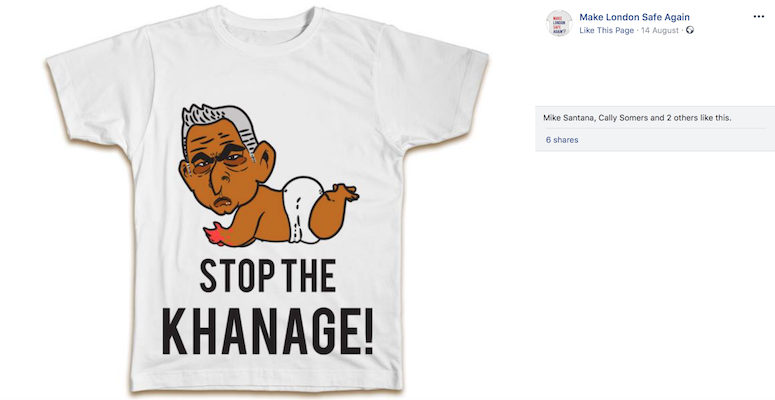 In July Bruere accused Khan of using ‘body shaming’ as a "pretext" for "censoring adverts of healthy women in bikinis in London", adding "We all know the real reason …"

Yesterday he retweeted a compliment by right-wing controversialist columnist Katie Hopkins which included the words "Khan does NOT speak for TRUE Brits".

Bruere is aiming for the Make London Safe Again protest against Khan, which will take place in Parliament Square between 9.30am and 11.30am this Saturday 1 September, to feature guest speakers and a giant screen. He has sought £75,000 in total funding and has so far raised £58,478.