McCoy's is urging men to cast off traditional notions of masculinity, "go bold" and do whatever they feel like, in a new campaign.

Beattie McGuinness Bungay created the campaign, which centres on a film running online and on video-on-demand channels.

The spot opens on a plumber belting out Ella Henderson’s Ghost in his car. When the protagonist gets to a petrol station to buy some McCoy’s, he breaks into song again, adding a few dance moves for good measure.

The film will be backed by print ads with messages that encourage men to eschew masculine stereotypes, for instance: "go bold. Go enjoy that candlelit bath". 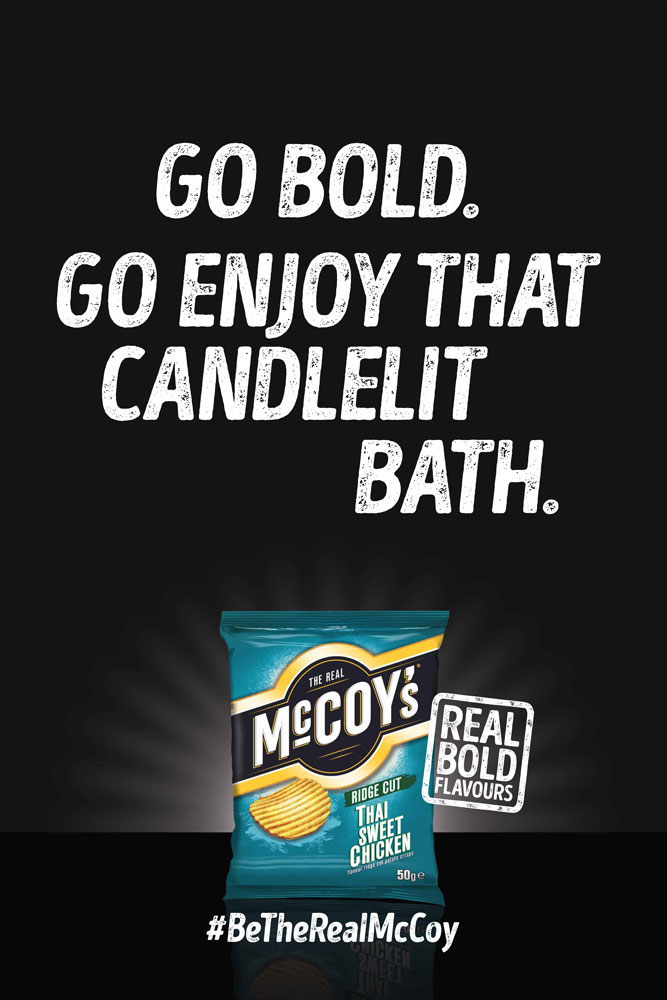 The work was created by Michael Tsim and Rachel Miles, and directed by Rebel through Outsider.

McCoy’s is owned by KP Snacks. BMB handles the parent company’s advertising excluding McCoy’s, but was asked to create the campaign while the crisp brand holds a pitch to find a new creative agency.

Propercorn popcorn: 'We don't look to other FMCG brands for inspiration'