The long-term transformation of McDonald's - aka the McMakeover - continues this week with the fast-food company scooping the coveted Cannes Lions Creative Marketer of the Year award.

The honour is bestowed on brands, who in partnership with agencies, have distinguished themselves by inspiring innovative marketing of their products worldwide across multiple platforms and who embrace and encourage creativity in their marketing.

Our customers can eat at McDonald’s as often as they want. McDonald’s has a role in everyone’s diet.

Matt Biespiel, senior director, global brand strategy for McDonald's, has been central to bringing creativity into the organisation. Marketing caught up with Biespiel to find out the steps he has taken to instil a culture of creativity, his thoughts on the row around the Qatar World Cup and targeting the millennial generation.

How have you gone about building a culture of creativity at McDonald’s?

A number of things. The sessions that we hold here at Cannes are something that are very visible, we started nine years ago with half a dozen people in the room. Last year we had over 60 people.

We hold a creative review board around the world where we bring the agencies and their clients together and we literally evaluate the creative over the last three to six months. We have a scoring system that gives us a shared way of thinking about McDonald’s creative. So we’re clear on what is exceptional, what is mediocre, what is underwhelming. That gives us a common language and belief system about creative.

We’ve been actively training our people so having McDonald’s people elevate our capabilities is really important. Our feeling is that the nature and behaviour of the McDonald’s client is the single most influential factor on the quality of our creative.

What are some of McDonald’s’ recent creative highlights?

I’m a big fan of the work that’s going on in the UK. The work is so insightful. The bar is so high and they keep finding ways to jump over that bar. The husband and pregnant wife, with the husband looking for the gherkins, that story is very believable. That’s the thing that resonates with us, that authentic story. The out of home at Piccadilly is another.

The big winner of last year from Canada ‘Our food, your questions’. It’s a powerful way to talk to our customers and for them to engage with the brand. A similar version of that in Australia was ‘Track with Maccas’ to help people understand where their food is from. This year we won a Cannes Lion gold for effectiveness for ‘McDonald’s becomes Maccas’ [where the brand changed its name to its Australian nickname ‘Maccas’ in a selected number of outlet], it really demonstrates how Australian the brand is.

Which is the most creative McDonald’s market?

The UK has been setting a high standard for a number of years now, so Leo Burnett and the team. McDonald’s in Canada has been hitting a high mark and so has McDonald’s Australia. Not surprisingly they are the markets where the relationships between the clients and the agencies are the strongest.

The relationships that we have with our main agencies - TBWA, Leo Burnett and DDB - is pretty special. Those three agencies have our business all around the world so they compete tooth and nail but they also collaborate and because of the relationship we have over decades with the agencies we get the most senior people to work on the business.

Does the long-running ‘I’m lovin’ it line’ still work?

Hello Twitter! From hash browns to hashtags, it's all here. Follow us for news, promotions and fun stuff. #imlovinit pic.twitter.com/gIPI9I9qxy

People are still loving it. It’s such an aspirational idea. Why we believe that creativity is important is that when you have a line that says ‘I’m lovin’ it’, what comes before it has to be loved. The intent is that this is the reaction from the customer, not us saying ‘you will love it’. As long as people are willing to love things, I think ‘I’m lovin’ it’ will stick around.

What is the thinking behind your socially-driven AR ‘Gol’ campaign?

Do you feel that the World Cup brand is tarnished because of the allegations around Qatar? 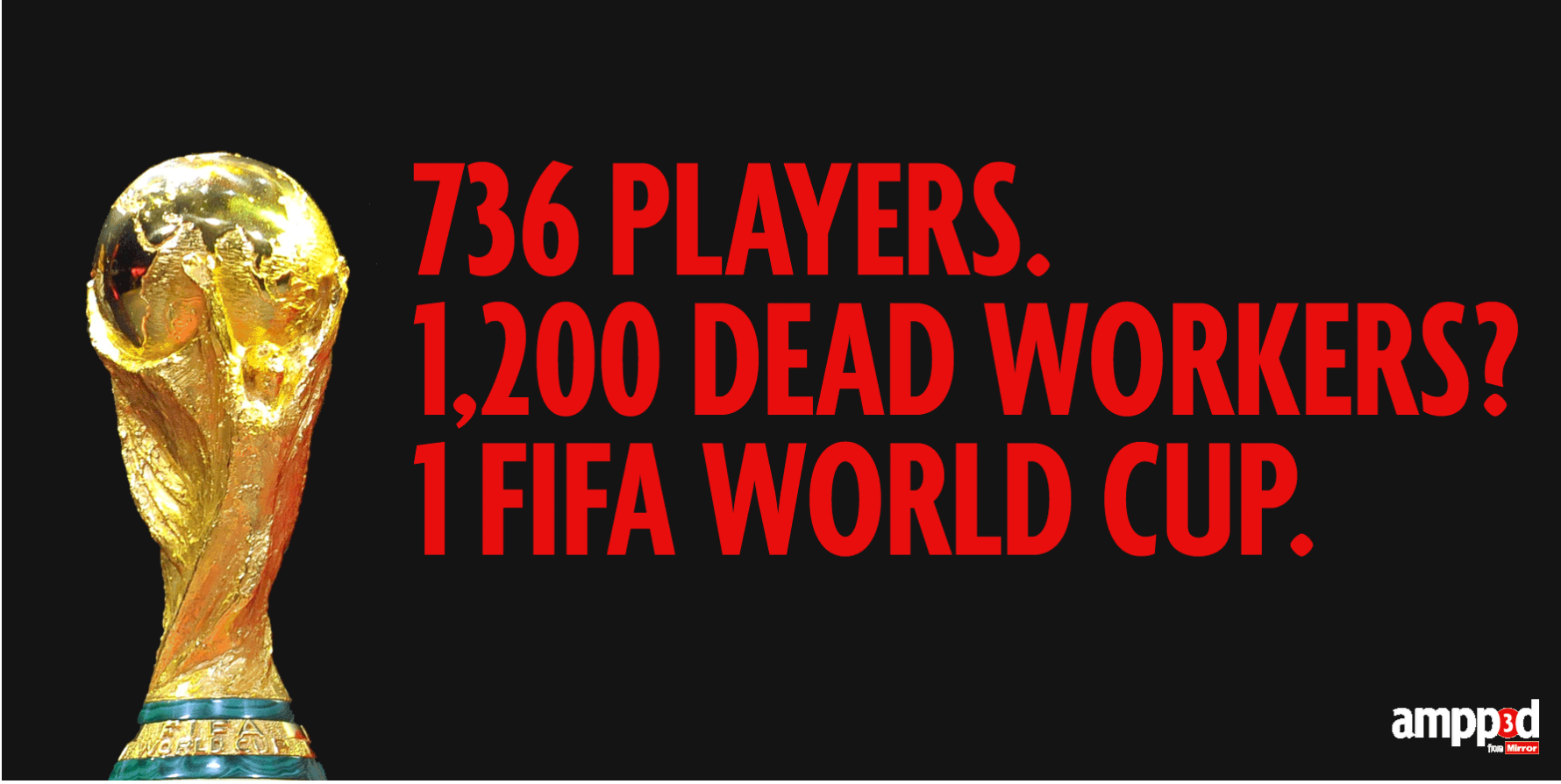 I had the privilege of going to the World Cup in Germany, it was my first World Cup. The passion that the sport enjoys around the world is what we’re buying. We’re buying into that connection that people have the world over for the beautiful game. So I know there’s a lot of chat and there always is around these major properties but what people are paying attention to is what happens on the pitch so we’re trying to just connect to that passion.

You happily admit that you eat at McDonald’s at least five days a week. Would you recommend your customers do that?

Our customers can eat at McDonald’s as often as they want. McDonald’s has a role in everyone’s diet. I eat there five times a week, I take my kids there on the weekends. I’m loving McDonald’s.

Do you feel that McDonald’s is changing public perception of the brand in terms of the obesity debate and food quality?

There are a couple of things going on. People want to know more and more about what they are eating. We’re trying to do things that ensure people know what’s in our food, what our standards are. We started several years ago, in 2006, putting nutritional information on our packaging, no-one told us we had to do that.

A few years ago we put QR codes on our cups and bags so we could directly talk to people. When we give people access to the information and we tell the story about what goes into our food, people get the message.

Last year after ‘Our food, your questions’ in Canada there was a significant improvement of the perception that people had of our food and of the brand among people receiving those messages. It was simply about being transparent, telling people what they want to know in an honest and direct way.

Searching for meaning in a sea of meaningless content