Zak Brown, McLaren's executive director and chairman of Motorsport Network, talks to Kate Magee about the future of Formula 1, why US companies are missing a trick and how the sport needs to regain its entertainment appeal.

Zak Brown is driving a bumpy road. Installed as executive director of McLaren Technology Group at the end of last year, one of Brown’s chief responsibilities is to lure sponsors to an iconic Formula 1 team that is currently underperforming, in a sport widely considered to be in need of an overhaul.

The McLaren team hasn’t won a race since 2012, and after suffering ongoing engine problems with its partner Honda, it doesn’t look like it will any time soon. So much so, that Brown has taken the unusual move of allowing star driver Fernando Alonso to skip the Monaco Grand Prix to compete at the rival – but prestigious – Indianapolis 500 racing competition at the end of May.

Brown certainly has the right pedigree to attract new investment to the team. In 1995, the former professional racing driver founded marketing consultancy Just Marketing International , which became the world’s largest motorsports sponsorship agency. He sold the business to CSM Sport & Entertainment, a division of Chime Communications, in 2013 for £43.8m.

But Brown will need to use all his commercial nous to find a new title sponsor for the company for the 2018 season – something the team has lacked since Vodafone’s contract expired in 2013.

A new era for Formula 1?

Like other teams, McLaren also needs to ensure Formula 1 is still seen as an attractive proposition for sponsors. It’s something that has been a growing problem for the sport. Issues include: the race series being dominated by one or two teams, making it less competitive and less of a drivers’ battle; the threat of historic races dropping off the schedule due to funding issues (tracks have to pay F1 to host a race); the sky-high prices to attend an event; and a migration of broadcasting rights to pay TV, restricting access to a mass audience.

Indeed, the Financial Times reported that in 2015, the top ten Formula 1 teams only raised $750m in sponsorship revenue, down from $950m three years before.

All this may be about to change, however, with new owners, American media giant Liberty Media acquiring the sport in January and announcing its intention to invest and expand Formula 1’s popularity. The new boss Chase Carey has outlined his vision to turn the race weekends into more of a spectacle – "21 Superbowls" with "week-long extravaganzas with entertainment and music that capture a whole city."

Brown believes the new strategic owners will be a good thing for the sport. "We’ve got strong times ahead of us. The previous owners were financial owners with a short time horizon who were not invested in the sport. They weren’t bad guys but after ten years of no investment, it is exciting to have a media and sports expert with a long-range view."

He also rejects the idea that the shift to pay TV is a problem, arguing it could open up new possibilities for digital marketing and social media activity around the races. "Sport now is consumed so many different ways," said Brown, who works with Motorsport TV, a pan-European digital television channel dedicated to motorsport. "As long as the reduction of TV audience is replaced with a good spike in consumption in other media, it’s not a loss of audience, it’s a shift to other forms. We are not losing consumers, just having consumers consume in a different way."

Like other global sports, Liberty Media has identified expansion in the US as a key goal. Brown, himself an American, believes this is an area of untapped sponsorship potential. Currently he thinks US companies overlook the sport because Formula 1 is seen as European and does not have the size or stature in the US as it does in other parts of the world.

"Global companies that are based in North America miss out because they have a bit of a US view, because that’s what’s in front of them. There are a lot more global US-based companies that could probably be in Formula 1, but it doesn’t have enough presence," he says.

There is currently only one US race in the schedule, but there are plans to start a second in either Los Angeles or New York. "What the US needs is a second race. That’s not far around the corner. It’s a geographic strategic priority for Formula 1. I don’t think we’ll see it in 2018, but perhaps in 2019," Brown says.

In particular, he identifies the tech companies as great potential partners for Formula 1 because they are "very compatible" with Formula 1. 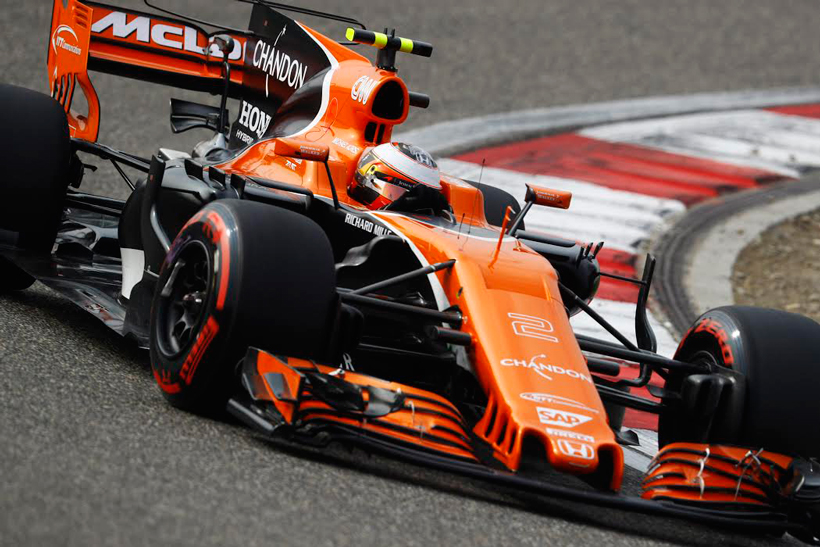 Brown also believes there is more that Formula 1 executives could do to showcase the sport to American firms, and encourages more collaboration between those involved with Nascar and other American sports and those in Formula 1.

"Formula 1 is based in Europe and tends to chase companies in Europe. I think you’d find a lot of the paddock have not attended Nascar races. We can all learn from each other," he says.

One thing he believes that Formula 1 can learn from US sporting events is a greater focus on entertainment and more engagement with the fans, including allowing the media more access to the key players during the event.

This would also make a more alluring proposition for sponsors: "American sport focuses more on the entertainment value of sport. Commercially it embraces sponsors and integrates them more deeply into the game. That’s the biggest difference between say rugby and the NFL, or Formula 1 and Nascar. Sponsors are a bit more woven into the fabric of sports – we can learn from that."

For Brown, success on the track is critical to the overall perception of the McLaren brand, particularly because this helps sell its tech consultancy services to clients. "We’ve won 20 world championships, we are the second most successful team in history of sport. Things ebb and flow in sport. We have a lot to offer to partners beyond on track results," he says.

But the team is in a tricky position. How do you stem damage to the McLaren brand from a poor track performance, without pointing the finger too aggressively at engine partner Honda?

Brown says: "We’re not in an easy situation, but Honda is our partner. Everyone knows our issue is in that area. Blaming isn’t going to fix that situation. People buy into how we do, it’s not a good sales proposition to say ‘we’re great but our partners have not stepped up to the plate’. It’s a complete package. Blame is not productive, working together to fix the problem is."

As for how to keep McLaren staff motivated, despite the frustrations of not being able to fix the problem themselves, he says: "They are a bunch of winners and are used to competition. They are working very hard to win again. Losing in some ways is a big motivation."

Brown will be hoping potential sponsors feel the same.

F1 British Grand Prix: what are the brands up to?