The illustrator's work on the latest Think! campaign was his biggest project to date.

My mum likes to say I was great at drawing from a really young age, but I’ve seen the images and they are not great.

I come from a family of doctors, so illustration was difficult to justify to my dad. He reckoned I should have been doing economics and science or whatever, but I was pretty useless at school – never naughty by any means, but I struggled to engage with anything for more than a few minutes without falling asleep. I found myself just doodling on everything and getting told off. My mum was a careers advisor, so she was much more open to what I wanted to do.

A lot of my influences growing up were famous tattoo artists. Originally, I wanted to become a tattooist because I didn’t really understand how to create a career in illustration. They were the people that inspired me the most and definitely informed the style I drew in, but university encouraged me to find my own voice. I wasn’t exposed to much illustration growing up, but my influences changed a lot once I looked at more commercial artists as opposed to tattooists.

It’s not really necessary to go to university to be an illustrator, but dedicating three years of my life to experimenting and developing my work has really benefited me. I became much more original, and let go of some of the rules I set for my own visual language. 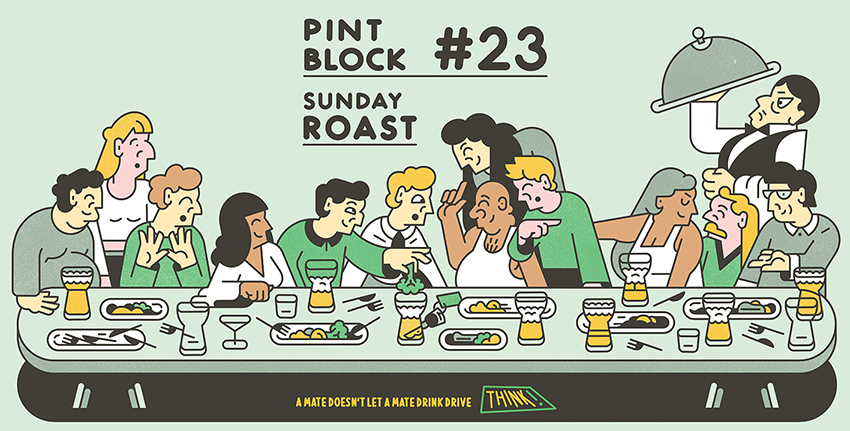 Visual language is the universe your work lives in: everything from characters to animals should be consistent and every time I draw something new I’m trying to figure out how it fits in my universe. I like to think it’s playful. A while ago it was very angular and full of constraints, but now it’s quite simple – though not in a negative sense.

Maybe I’m a bit cynical about my work. I always think my next thing is going to be better than the last, and normally I don’t take the time to be proud of what I’ve done. Not to say that I’m excellent, but sometimes you have to put it all into perspective.

After university, there’s still a long way to go before having a "real career" as an illustrator. The first real commission I got was with a small ethically sourced clothing brand, and that was a big deal for me at the time. I designed their logo and did a bunch of T-shirt designs, but looking back on it now my work has developed and I’m much more content with where I’m at. 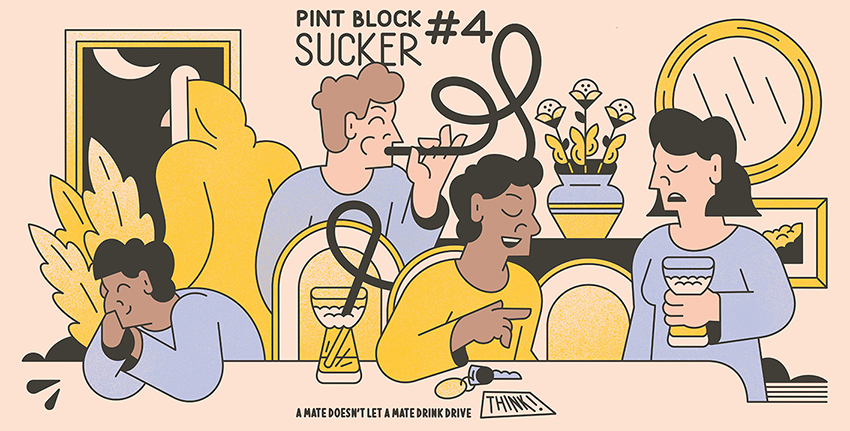 The work I did with Think! is my biggest project to date. I was shocked when I went to the opening event and saw my work printed to the size of a wall at the entry – bigger than I could possibly imagine. That was the first time I’ve seen my work in that sort of environment. Working from home means I haven’t really been able to see how people engage with my illustrations, so it was a bit overwhelming. I brought my mum along, it was nice.

Certain businesses don’t understand how tough the advertising industry is for illustrators, especially for young people who tend to undersell themselves to clients. When businesses undercharge freelancers, it gives them the expectation that we can work for less. I’ve had people argue with me that my fees are too high, when realistically I’m getting paid less than minimum wage for the work. It can be difficult to justify yourself.

I’ve worked as an online shopper – collecting goods and packaging them for delivery – and people trying to steal toilet roll out of trolleys is scary stuff. I like to think that people are inherently good on the whole: when it comes down to it, we support each other. It does give me faith that the industry is looking out for illustrators.

Alasdair Spencer is a freelance illustrator whose work was showcased in Think!’s "Pint block" campaign, which calls for men to discourage their friends from drink-driving through a range of quirky and absurd sketches