If you want authenticity, you need to allow people to be free with their art.

Do you remember growing up and watching football players walk out on to the pitch holding a kid’s hand? To open the FA Cup final this year and not feel what I felt watching these kids was a problem for me. Once upon a time, my dreams would give me goosebumps.

In year nine, I had an English teacher who encouraged me to enter a poetry slam in Stratford Theatre in East London, and from there I was hooked. Poetry became my life, and now I’m really lucky to say that I do poetry as a career. However, it was not an easy journey.

I’ve worked many professions while enabling my poetry career. My first job was selling double-glazing, which I never got paid for. After that, I worked in Sainsbury’s, Primark, Currys PC World, the O2 Arena and Shakespeare’s Globe. I studied for a degree in quantity surveying. It’s fair to say I tried many other things because I never thought this would be a viable career path. 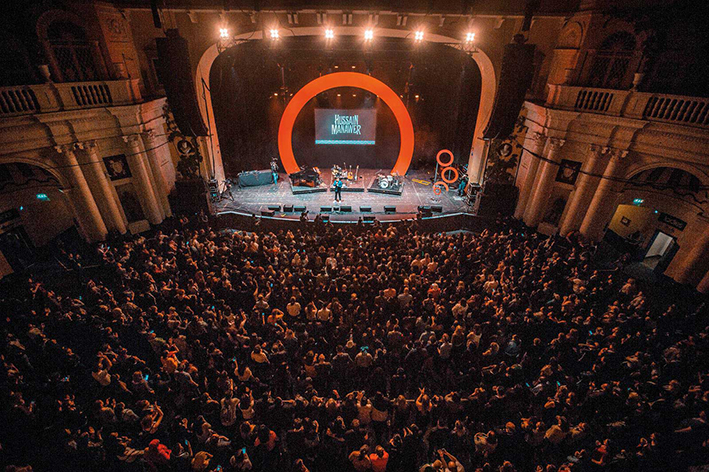 One day when I picked up my pen I realised that, in my life, the pen never left me. Friends do, unfortunately, come and go. People die, you lose people, but one thing that never left me was the ability to write. Creativity is like a child: it’s about how much you’re willing to do to keep that child alive and how much you’re willing to let it grow.

The first thing I ever did that was a poetry job was when the Mayor of London asked me to write a poem about the night Tube. I’m not passionate about trains at all (I don’t think many people are) but the beauty of that project was I was able to find passion in what trains are able to do for people. Being able to reflect and tell stories on behalf of London – the city where I live and grew up – was a real honour, but I don’t really absorb these moments.

Half of the stuff I achieve I forget about because I never want to become complacent. I don’t think I’ve experienced my proudest moment.

Talking about mental health was never a risk, but when I put out work I was consistently surprised by the reactions I was getting and the conversations that were happening around me. It was well received because it was some real shit.

To me, it was always very normal to speak about how I was feeling. My mum created a loving environment for me and that’s something I was privileged to have, which is why when she passed away, I felt like I had to create that environment in the world around me.

I don’t acknowledge and I don’t accept praise because my mum is no longer alive. She was my biggest supporter, biggest champion and believer, and because she didn’t really get to see much of this “success” happen, it upsets me to the point where I don’t want to see it either.

I’m well aware I’m representing a large group of people that are hugely misrepresented. We live in a world where people are denied their human rights on a daily basis, and there is nothing more brutal than that. 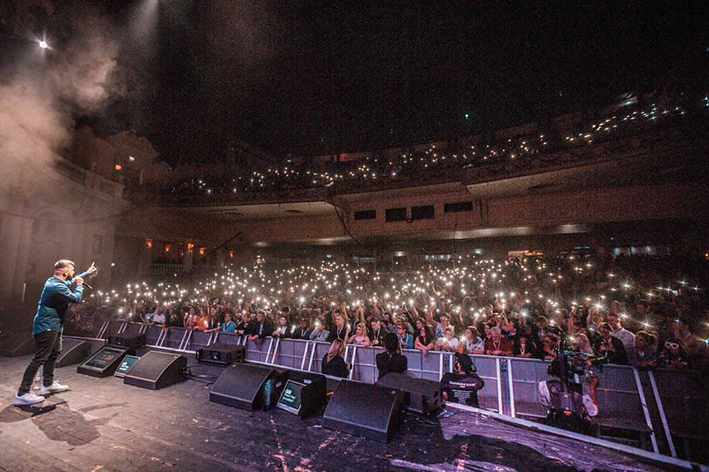 Art allows a safe environment to be built and a connection to happen, and that’s what a lot of brands don’t understand. Brands want to work with storytellers and creators, but they don’t want them to be creatively vulnerable. If you want authenticity, you need to allow people to be free with their art. Art cannot be free through being given a brief on a PDF document.

There are a lot of issues that I want to start talking about now, including marriage pressure, hair loss for men, body image, but the biggest thing I’m working on at the moment is learning to treat myself a little bit kinder. I’m way too hard on myself, and that’s not good.

Hussain Manawer is a British poet and mental-health advocate. His FA-commissioned poem This is England has won plaudits from the Duke and Duchess of Cambridge, as well as footballers Harry Kane and Raheem Sterling. Manawer is responsible for hosting the world’s largest mental-health lesson, in partnership with King’s College London and Hackney Empire; while last month, he opened the FA Cup final with a poem about mental health, titled The Sound of Support. Manawer has also featured in a recent campaign for EE.

As told to Emmet McGonagle

This is me: Alasdair Spencer on creating his own visual language

This is me: Anne Kulonen on breaking out of classical music

This is me: Savanah Leaf's journey from volleyball to filmmaking

This is me: Ben Sumner turned his childhood love of music into a business

This is me: Rosa Dias' otherworldly costumes transcend everyday conformity

This is me: Poet Tom Sharp's quest to raise consciousness