Good old-fashioned ink on paper might not be sexy for some, but has it gone as far as 'printism', Gurjit Degun asks.

It has been a tough year for news and magazine brands, with many suffering double-digit declines in advertising revenue, while Facebook and the other big online platforms continue to innovate in digital display.

It is no surprise, then, that media agencies are switching more money into digital and mobile. But are they ignoring the power of print?

James Wildman, the chief revenue officer at Trinity Mirror, warned in Campaign two weeks ago that media agencies don’t think that the medium is sexy any more. He claimed that the industry is suffering from "printism".

There’s plenty of evidence that the business, with scale and unique engagement, remains strong. As Sue Todd, the chief executive of the magazine trade body Magnetic, says: "UK adults spent over £1.2 billion on print magazine media in the first six months of the year and the time spent is still significant at an average of 50 minutes per issue."

Long-awaited consolidation in both newspapers and magazines is under way, with Trinity Mirror’s £220 million acquisition of the regional group Local World due to be ratified on Friday. And, as The Week Junior prepares to launch, print magazine media is also innovating.

Yes, fewer people are picking up some paid-for titles, but free, ad-funded print media is thriving and the growth of online and social reach means brands are reaching more people than ever.

Print is as relevant as ever too, according to Abby Carvosso, the group managing director, advertising, at Bauer Media, who points out that online in-fluence is "often driven by a central print product". She adds: "These brands produce professionally edited original content that inspires audiences and are the most welcoming, creatively diverse and productive environments for marketing activity – a vital part of the media mix."

The argument from some media buyers is that they don’t need persuading about the power of print and are only following consumers by shifting advertiser money into online as print circulation falls.

David Mulrenan, the head of display at ZenithOptimedia, says that the industry should "singularly talk about audiences and content – regardless of platform".

Charlie Ebdy head of strategy, Vizeum
"The value of print is clear to agencies. In a world of cheap reach and scarce attention, the audience it retains is one willing to spend an uncommonly large amount of time and attention with the content those publications produce."

David Weeks executive director and head of advertising, The Week
"The power of print is underestimated. It provides a unique place for brands to engage with audiences. The real value lies in growing print and digital audiences simultaneously and building a relationship with readers regardless of platform." 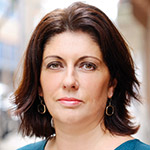 Sue Todd chief executive, Magnetic
"Print is best at driving pleasurable reward, contributing to the increase in well-being felt by readers. This matters for advertisers because it increases receptivity and means that commercial messages in magazines are welcomed."

David Mulrenan head of display, ZenithOptimedia
"It is not a question of re-evaluating print, it is more about understanding the value of content regardless of platform. Although magazines and newspapers have seen a decline in circulation, their content still has massive value."

Time to fight back against the prejudice of 'printism'