There were several strong contenders to be Media Agency of the Decade but MediaCom stood out because of its consistent record of excellence.

The WPP agency had the complete package: top UK and international clients, award-winning work, good new-business performance and retention, admirable succession planning, a powerful culture, geographical spread in offices across the UK and, importantly, a willingness to promote diversity.

MediaCom was Campaign’s media agency of the previous decade and it began this decade in a strong position as Britain’s biggest media shop by billings and headcount.

Annual billings rose from £963m to £1.4bn, according to the most recent Campaign School Report, but that near-50% increase underplays its growth beyond bought media in areas such as digital, content and consulting.

Headcount, which doubled from about 650 to 1,300, is a better indicator of how MediaCom has expanded, particularly outside London through acquisitions such as Leeds-based Brilliant Media in 2011 and Code Computerlove in Manchester in 2016.

The number of clients rose from 191 to about 300. Importantly, many of Britain’s biggest companies, including Sky, Tesco (pictured, above), Lloyds Banking Group and Centrica, chose to award their business to MediaCom.

Winning Tesco, which had been held by a rival for two decades, in 2015 was significant. Britain’s biggest supermarket was in financial turmoil and trusted MediaCom to help with the turnaround. A Media Grand Prix for Tesco’s "Food love stories" at Cannes Lions three years later was vindication of MediaCom’s work.

Retaining Sky, the UK’s top advertiser, in its first competitive review in 13 years, was another key moment, in 2018, with the best part of 20% of MediaCom’s billings at risk.

Despite being the UK’s biggest media agency, MediaCom served many smaller accounts and its North operation won digital disruptor clients such as Missguided.

Indeed, expansion outside London has been substantial, and its offices in Manchester, Leeds, Birmingham and Edinburgh were contributing close to a quarter of its annual billings by the end of the decade.

Strong leadership has been crucial. As Stephen Allan, who started at the agency 37 years ago and has been global chief executive since 2008, told Campaign this year, MediaCom is "unusually different" from most agencies because it has "homegrown" so many of its leaders.

Each of the four UK chief executives of MediaCom who served during the past decade was promoted internally to the job. Jane Ratcliffe was in charge until the end of 2010 when she handed the role on to Karen Blackett. Josh Krichefski took over in 2016, before passing the baton to Kate Rowlinson in September 2019.

Other important members of the top team who served throughout the decade were Claudine Collins, chief client officer, and Sue Unerman, chief transformation officer, who mentored an army of media planners in her previous role as chief strategy officer.

Blackett has been MediaCom UK’s talisman. She rebooted the agency at the start of the decade and stayed loyal, retaining the title of MediaCom chairwoman, even after winning promotion to UK country manager of WPP in 2018.

She and Krichefski built MediaCom UK’s reputation as a progressive employer as 42% of entry-level staff came from a BAME background last year. The agency also developed Mental Health Allies, an acclaimed initiative under which dozens of staff have supported the mental health of colleagues since launching in 2018.

A challenger mentality is at the agency’s heart – what Allan describes as a belief in the need "to evolve and remain contemporary and relevant". It is why MediaCom is Campaign’s Media Agency of the Decade.

Twice a winner of Media Agency of the Year in the Campaign Annual during the past 10 years, much of PHD UK’s greatness rested on its reputation for superb media planning. Its work on Warner Bros’ 2014 "Lego ad break" (above), for which four advertisers recreated their spots using Lego, on ITV, remains one of the stand-out media executions of the decade.

Global wins such as Volkswagen Group and HSBC helped to turbo-charge the UK business under Daren Rubins, chief executive until 2017, and Verica Djurdjevic, who stepped up after he exited. Billings rose 150% to £500m and staff numbers climbed more than 50% to 360, according to PHD’s Campaign School Report.

PHD UK also acted as a springboard for global expansion under Mike Cooper, global chief executive until June 2019, and PHD Worldwide was named Campaign’s Media Network of the Year on multiple occasions.

A tenfold rise in billings and staff numbers speak volumes about the7stars’ impressive record over the decade – not to mention being named agency of the year in the Campaign Annual on two occasions and at the Media Week Awards in 2015.

The7stars became a top 10 UK agency last year and is the biggest independent buyer with about £350m in billings. Headcount has jumped from 23 to 215, according to its most recent Campaign School Report.

Under the leadership of Jenny Biggam, who co-founded the agency in 2005, the7stars took a transparent, line-by-line approach to buying, built an inclusive structure with little hierarchy and virtually no job titles, and gives 5% of annual profits to the 7stars charitable foundation. Toyota’s award-winning "Suzuki Saturdays" (above) showed the agency could produce work for big clients, and its support for Bountiful Cow, an off-shoot which launched in 2016, was another sign of the7stars’ maturity. 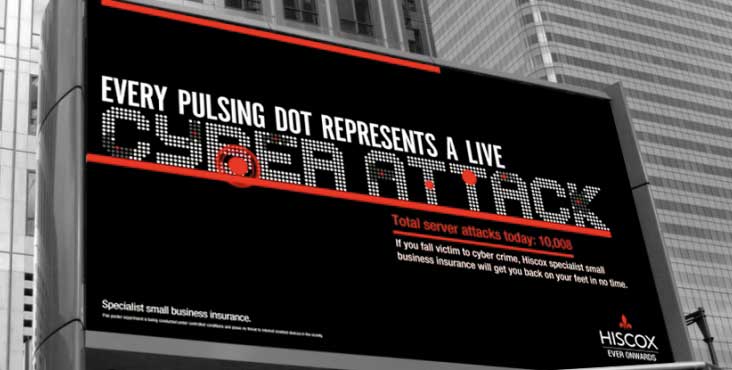 Andrew Stephens and Ben Hayes co-founded Goodstuff as a planning agency in 2004 and transformed it into a full-service buying shop in 2011 – a decision that reaped early results as it was named Media Agency of the Year in the 2012 Annual.

It has been a story of growth and media invention as Goodstuff passed £100m in billings and brought together independent creative agencies and media owners since launching its annual showcase in 2016. Those achievements helped Goodstuff to win the Media Week Awards Agency of the Year in 2017 – the same year the co-founders seized their destiny by buying out minority shareholder Omnicom.

Double Grand Prix awards for Hiscox’s "The honeypot poster network" (above) and Dunelm’s "Inviting home lovers back to mine" capped a memorable 15th anniversary in 2019. 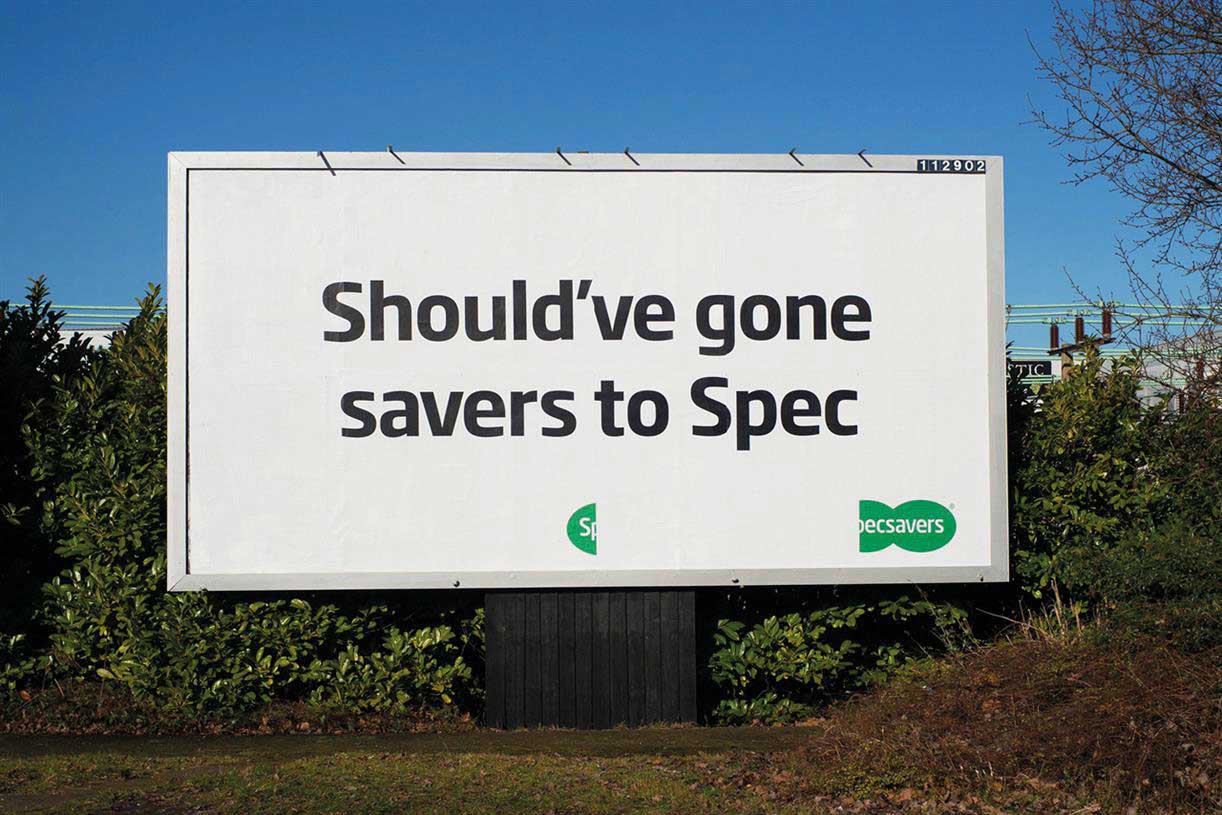 Long-term leadership has been a defining feature of Manning Gottlieb OMD in the past decade, during which it won Media Agency of the Year twice at the Media Week Awards and was the inaugural winner of the same title at Campaign’s UK Agency of the Year Awards this year.

Robert Ffitch, the first employee, stayed 25 years and rose to chief executive before quitting in 2015. Tim Pearson, who took over from Ffitch, and Paul Knight, who looks after the UK government account, have both worked at the agency for over 20 years.

Few agencies can boast such a stellar list of innovative, media-focused clients, which include John Lewis & Partners and Specsavers (above), and Manning Gottlieb OMD has remained distinctively British, too.

It was hard to measure billings, because Omnicom combined the agency’s numbers with those of sister shop OMD UK, but winning the government’s £150m buying account last year was a seminal moment.