Scooping the government's £150m media buying account was the highlight in a "blinder of a year".

"It has had a blinder of a year," the judges said of Manning Gottlieb OMD’s record-breaking 2018 as it won the UK government’s £150m media buying account, defended the £45m Specsavers business and produced innovative work for clients.

This success marked the culmination of years of investment in internal talent and succession planning, as Manning Gottlieb OMD has groomed its management team. Tim Pearson, chief executive, and Paul Knight, chief operating officer, have both been at the agency for two decades and counting.

Manning Gottlieb OMD maintains that it is now Omnicom’s biggest media agency in the UK, ahead of international networks OMD, PHD and Hearts & Science, and it can justly claim to have built a uniquely British culture, with a focus on media creativity and effectiveness.

Landing the UK government’s account, the biggest success in Manning Gottlieb OMD’s history since its foundation in 1990, was an appropriately patriotic win and the undoubted highlight of the year.

The Crown Commercial Service set tough standards on media transparency, and said quality of service, rather than pricing, would be key in this complex, competitive review, which encompassed more than 90 clients across government.

So its victory was a significant endorsement for Manning Gottlieb’s approach. "We far exceeded the guidelines set by the ISBA 2.0 framework and the resultant structures and processes have set a new industry benchmark for all UK agencies and clients to strive for," the agency said. 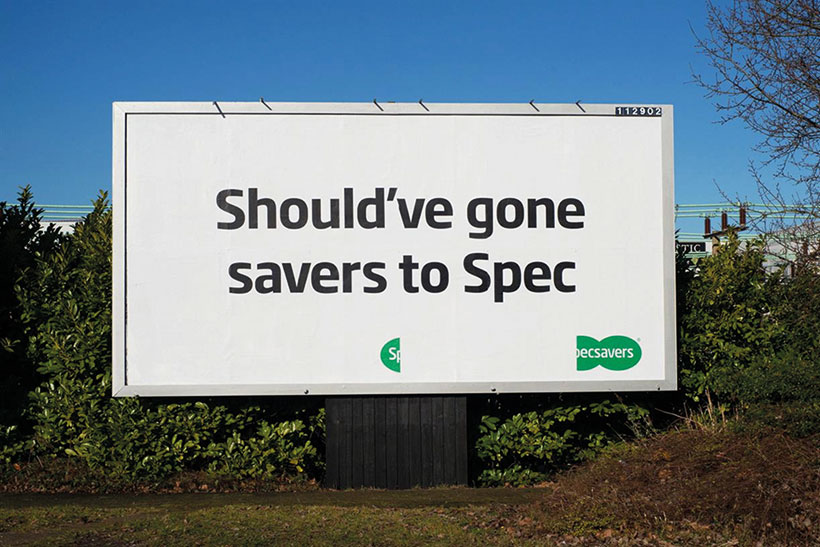 Retaining Specsavers (pictured, above), one of its biggest clients, in a marathon pitch process that involved no fewer than 13 rival agencies, was another important test. Manning Gottlieb OMD was "absolutely exceptional", according to Chris Carter, Specsavers’ commercial trading director.

Manning Gottlieb OMD also produced a wide range of award-winning work, picking up more trophies than any other agency at the Media Week Awards 2018 and being named Warc’s top media agency in Europe for effectiveness.

The integration of the John Lewis & Partners and Waitrose & Partners’ Christmas campaigns brought a new level of media inventiveness, as Manning Gottlieb OMD "mashed up" the two sister brands in a speeded-up ITV ad break.

Pearson and his leadership team, which includes other bright, long-servers such as Natalie Bell, managing director, and Clare Peters, executive director, also raised the bar when it came to investing in people.

Its staff-retention rate was 82%, the gender pay gap was just 4.4% (although that figure, for parent company OMD Group UK, includes sister agency OMD) and the senior leadership was 62% female. The agency has 16% BAME representation.

Manning Gottlieb OMD also proudly claims that 10% of its staff are "boomerangers" – people who have left the business but then returned at a later date.

Developing this distinctive culture has been impressive, considering the agency has had to share Omnicom’s Bankside headquarters in London with a string of other agencies since the end of 2016.

The fact that Colin Gottlieb, co-founder of Manning Gottlieb, is EMEA chief executive of Omnicom Media Group has meant there has been a watchful eye looking out for his old agency. He and former partner Nick Manning should feel proud at how far their creation has come.

At a time when network media agencies are under scrutiny and financial pressure, Manning Gottlieb OMD stands out as a beacon of positive change and decency. 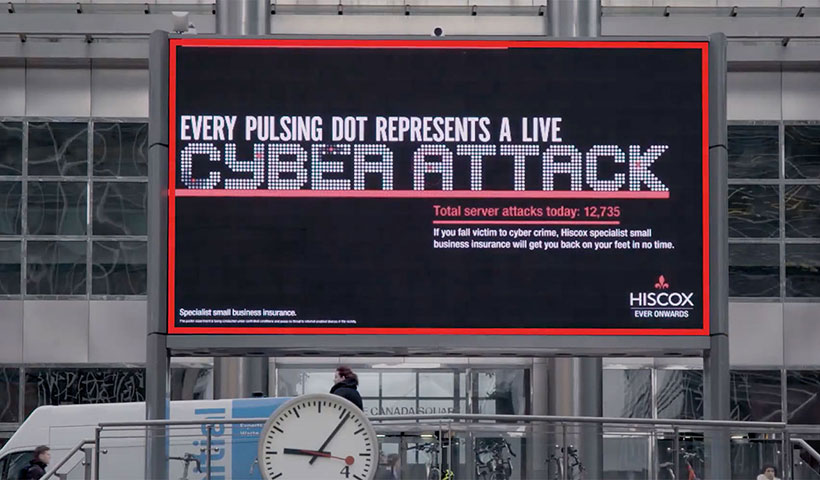 2018 was another good year for Goodstuff. It passed 100 staff and notched up £112m in billings. Wins included Groupon and Subaru but the judges were also struck by how the independent agency turned down a lot of pitches as part of its mantra of "be good, do good". Award-winning work included Hiscox’s "The honeypot network" (pictured, above), an innovative use of data on out-of-home sites to illustrate cyber breaches. Goodstuff’s co-founders, Andrew Stephens and Ben Hayes, kept up its reputation for giving back to the industry by staging its third media showcase for media owners to present ideas to creative agencies and by launching a £1m fund, Startstuff, to support agency start-ups.

Britain’s biggest media agency had an excellent year when it retained Sky, the country’s biggest advertiser, and Coca-Cola, expanded its Mars brief in the UK and helped to win Adidas and defend Shell globally. Revenue was up 5%. MediaCom also produced award-winning work, notably a Grand Prix for Tesco’s "Food love stories" (pictured, above) at Cannes Lions, and it was ranked as the top media agency in the world in the Gunn Media 100 report. The judges were also impressed by UK chief executive Josh Krichefski’s commitment to his staff, through the launch of Mental Health Allies, a team designed to support the health of employees. Employee churn was 17%. The judges described MediaCom’s entry as "very compelling" and "brilliantly written" and it was a very close contender for agency of the year.

"What a comeback" was the judges’ verdict, as the Omnicom agency fought back from a series of largely global account losses. Notable wins included Lidl’s £70m planning business and Betway’s £30m media account. OMD UK’s chief executive, Dan Clays, also secured some valuable client retentions in closed-door renegotiations. OMD UK’s board is 65% female and headcount has risen by a third to 389 – two further reassuring health indicators. Glowing client testimonials from McDonald’s (pictured, above) and NSPCC underline how OMD UK has regained its place as one of the UK’s best media agencies.

Simplicity was a winning formula for PHD in 2018 as it played a leading role in the global HSBC win and delivered for existing clients such as Sainsbury’s (pictured, above). Three-quarters of PHD’s clients have "paid for additional services" in the past year; its dynamic creative production team has enjoyed stellar growth and experiential has expanded strongly. The agency broke new ground by appointing joint heads of planning to look after brand and performance respectively in recognition of clients’ changing needs. The judges praised the agency’s gender pay gap of 2.56% as one of the lowest in the sector. 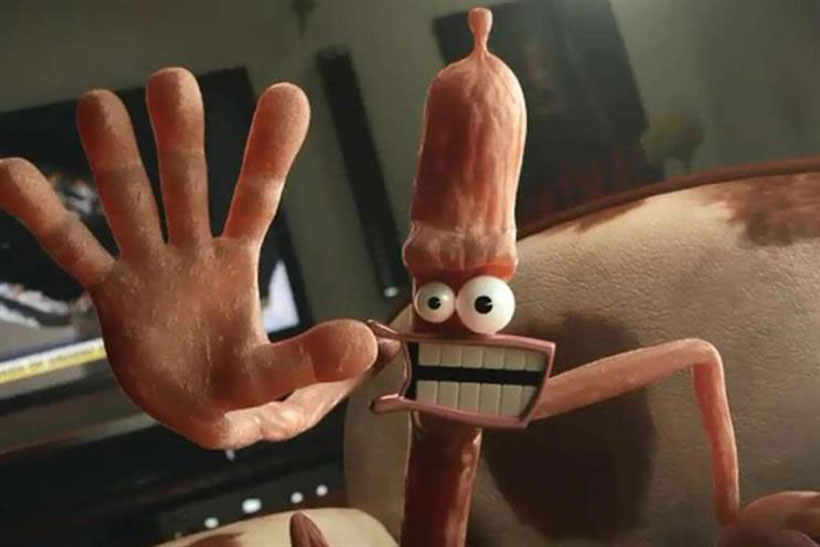 The UK’s biggest independent agency claims it became a top 10 agency by billings last year, winning £85m in new billings from clients such as Associated British Foods and Peperami (pictured, above). It also increased profits by 21%. Client retention, meanwhile, was 95%, and it was the best part of £200m ahead of the next biggest independent by billings. The7stars has put a lot of emphasis on transparency, and it was the only entrant that included its audited financial accounts as part of its submission for these awards.

Campaign to reveal Media Agency of the Decade

Colin Gottlieb to step down as Omnicom's EMEA media chief

Data and automation will transform, not kill, the craft of media planning