This week, Bitch has a day out at the zoo with Arena Media, waits for Clear Channel to whip it all off, and points out a rather irritating problem at The Sunday Times.

It's all happening at the zoo

News has come to this girl that last week no less that five of her little poppets from Arena Media took the £2m win of the Zoological Society London to new heights, learning to be zookeepers for the day at London Zoo.

Let's face it my little cherubs – anyone who has gone through the Christmas trading season is going to be quite used to a zoo-type atmosphere, and that is such a good look for you Jo darling.

Set for a close shave 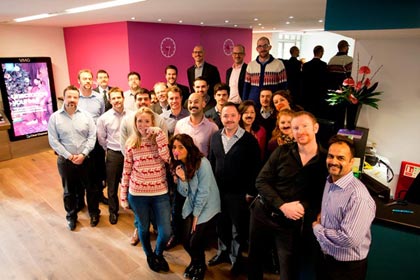 All 13 major depots and offices coordinated activities through official Mo Reps, driving participation and fundraising, with more than £10,000 raised for men's health charities. In fact, Clear Channel employees were the 24th highest-ranking team (in terms of money raised for charity) out of 30,814 in the UK. Well done my little hairy types.

Bitch is a little worried about all the requests she is getting to cover the new Sunday Times driving website that rivals The Guardian’s Autotrader, so she thought she’d point out one little flaw. According to one of her industry sources last week, someone picked up the phone and instead of using The Sunday Times Driving.co.uk, accidentally answered with the acronym STD. 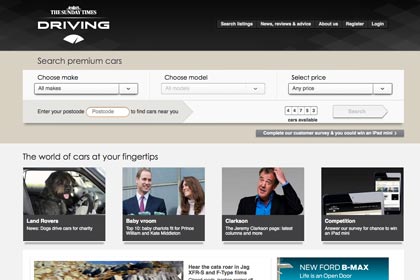 She's sure it was only a slip of the tongue, but let's hope that doesn't happen too often…

Well, the Christmas season starts with a vengeance my little elves and don't be afraid to tell Bitch what Santa has for you in his bulging sack.

RBS digital marketing exec to be general manager of driving.co.uk