The high number of media agencies with new leaders from different backgrounds is emblematic of an industry in flux. Gurjit Degun asks six of them about the challenges they face in this changing climate.

Media agencies are changing. They are pushing the boundaries further, using technology for the better and improving their business models.

Over the past year, many of them have transformed in the same way: by hiring as their leader an executive who has never run a media agency before. Campaign caught up with the new generation to find out why there has been so much change.

Carat chief executive Rick Hirst, who moved over from sister creative agency Mcgarrybowen in July 2016, believes the raft of new leaders shows that media agencies are able to respond to market changes. "It’s symptomatic that we’re about to have another pivot in our business," he explains.

"If the media industry is really good at something, it’s about anticipating change. That’s why there are different people now as leaders from such different backgrounds. What our clients want from us is evolving."

Media agencies are much better at being commercial but, until we genuinely change the model, I think we are making the right choices on behalf of the client

Hirst says that media agencies need to be "brave and radical". He adds: "It’s about us being on the front foot, which is something media businesses are better at than creative agency businesses."

The relationship between creative and media continues to be hotly debated, with an increasing number of clients choosing to house the disciplines under one roof. Carat was on the losing side of one such move three months before Hirst arrived, when Asda moved its £110m media into Publicis Groupe’s Blue 449 at the same time as appointing sister shop Saatchi & Saatchi to the creative account.

Hirst’s move to Carat also highlighted a blurring of the boundaries. He says that his job isn’t to work on the nitty-gritty of a media business but to take a wider look at the operation.

"I need to work out how to [reinvigorate Carat’s] sense of purpose and refocus that business around proper world-class client leadership, which I think are some of the hallmarks of the other side of the businesses that I’ve worked on before," Hirst says.

Creative and media coming together is just one part of the jigsaw. Over the past 12 months, the industry has had to contend with Facebook and Google’s increasing dominance, defend itself against non-transparency claims and adapt to new client needs – not to mention seismic political changes. That’s a lot of disruption to deal with.

"What a leader needs to be now is quite different to what it used to be," Matt Adams, chief executive of Havas Media UK, explains.

He believes the new media leaders gathered at Soho’s Century Club to talk to Campaign are "hybrid" in terms of their backgrounds. "Everyone has a different superhero power that they bring," he says.

This new wave of hybrid leaders with two or three different specialisms are able to take staff on a journey to broaden their experience, Adams says.

But even if the media agency model is under scrutiny, things perhaps could be worse. "I’ve come from a creative business where the financial model is fundamentally broken," Hirst says.

"Media agencies are much better at being commercial but, until we genuinely change the model, I think [there will always be doubts about whether] we are making the right choices on behalf of the client."

With the recent launch of agencies Blackwood Seven and Bountiful Cow, there is yet more competition for media leaders to contend with. But the media agency bosses agree that this can only be a good thing.

"It has to push us faster, to be more agile, work in sprints not cycles, [make better use of] tech and [come up with] better ways of working," Adams explains. "New entrants to the marketplace should make everyone better, and ultimately lift them up and help support and challenge."

Hirst, however, is more sceptical about Blackwood Seven, which claims to use artificial intelligence and automation to deliver media-neutral planning. He questions whether the model is "deliverable when you take into account the governance around certain aspects of offline media".

Independent agencies like to position themselves as better places to work and, with no stakeholders to answer to, can benefit from greater flexibility. But Jem Lloyd-Williams, managing director at Vizeum, believes that holding companies can foster a similar vibe.

"It’s up to the leader of a business in a federal matrix to wriggle and find their own independence from what might be perceived on the outside as a hugely bureaucratic way of doing something," Lloyd-Williams continues.

"If you present a business case to your holding company saying ‘I can deliver X growth by doing this with these tools’ and it’s a properly thought-out business case instead of just ‘we’ve got to win some new business’; if you can be compelling enough, then you get support."

No strategy is complete without a plan to deal with the power of Facebook and Google. Campaign decided not to name Facebook its Medium of the Year at the end of 2016 because, despite the network’s growth as an advertising platform, its lack of transparency, viewing-metric scandals and dissemination of "fake news" could not be ignored.

Despite the challenges they face moving their businesses forward, the new generation of leaders appear ready to embrace them and take their agencies through that transformation

Adams says the lack of third-party-verification for Facebook and Google metrics is "becoming more and more of an issue". Now media agencies are planning across devices with higher addressability and navigating increased fragmentation, it is more important to see entire customer journeys because "that’s where you drive efficiency and effectiveness", he adds.

As last year ended, Google called on agencies and brands to use YouTube as part of their above-the-line strategies at its Brandcast event in a noticeable shift from its more combative tone in previous statements. And agencies appear to be in a conciliatory mood too.

Rachel Forde, chief executive of Mediavest, believes the digital giants have realised that they need to work with agencies. "We are now at a level where everyone realises that we’ve all got the same objective to grow client business," she says.

Elliot Parkus, managing director at Arena Media, adds that it’s the job of an agency to explain which is the right channel for a brand or campaign and so it needs to play "properly with the other people in this space". He says: "We are all here at the behest of clients to grow their business and to do it in the best way. We’ve had to understand it’s not a land grab any more; it’s not about telling clients ‘don’t spend your money with Google’ or ‘move your money into another medium that may or may not work for you but works for us’. It’s doing the best job for the client."

After a conversation dominated by the platforms, Lloyd-Williams says there is too much focus being put on digital players over traditional ones such as ITV and Sky. "The majority of proven growth from communicating comes from parties like Sky, ITV and Channel 4. Clients really want to hear what they want to say because of their cheap vertical experience," he says.

Despite the challenges they face moving their businesses forward, the new generation of leaders appear ready to embrace them and take their agencies through that transformation.

"We’ll be working with our clients to create a new space with them, changing organisation structure, our products and services, our way of working," Amanda Morrissey, UK chief executive of Publicis Media, says. "We’re in proper transformation now, and I think it hurts, is painful, is messy and takes time.

"We have to be engineers and we have to properly face the transformation that our predecessors didn’t have to do."

"We’re inventors as well because our world didn’t exist six months ago. We’re inventing a new world but it has to be designed for clients because, if it’s designed for the media industry, it’ll never survive." 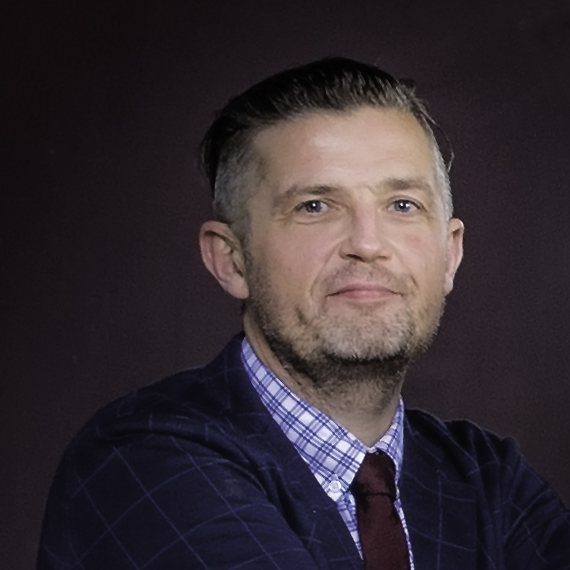 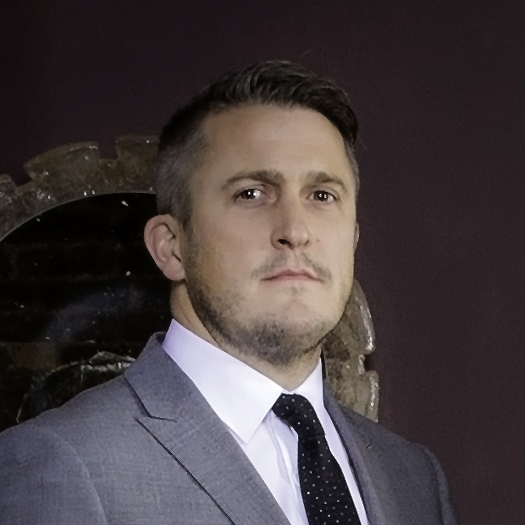 Age 41
Lives Stoke Poges, Buckinghamshire
Family Married to Julie, Dad to Scarlett, Holly and Zach
Hobbies Cycling up mountains with the girls, coaching my son’s football team, being a good dad and husband
Car I’m a Chiltern rail man – no need for a sports car (yet)
Key clients All of them, without exception
Something no-one knows about you I tried to convince my wife I was a trained masseuse on our first date
Favourite media Sonos and Spotify. It’s not really a medium but it’s the lifeblood of our home
Last book read Essentialism by Greg McKeown for me, The Little Prince by Antoine de Saint-Exupéry with the kids
Top three priorities for 2017 Win more business, have more fun, email less
Best thing about your job The people – my client partners and my team. They’re the reason I come back each day
Worst thing about your job When it’s not about what we do for our clients. Oh, and the bullshit bingo lingo we’ve created as an industry 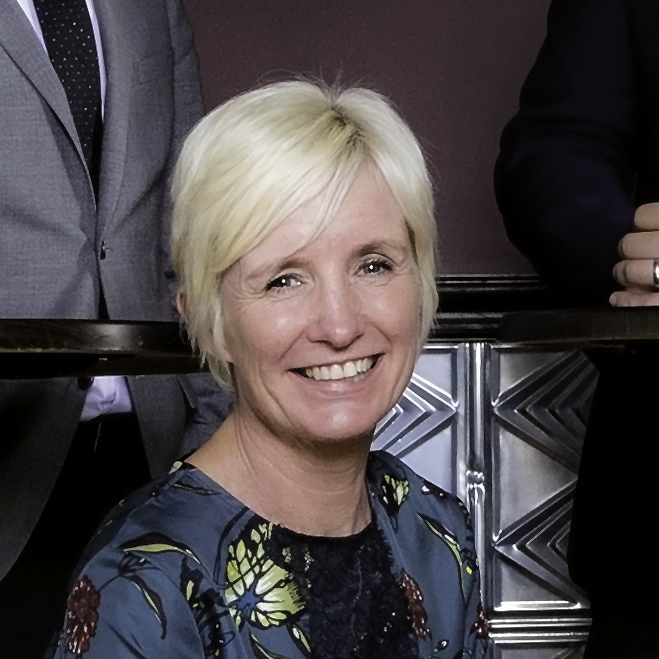 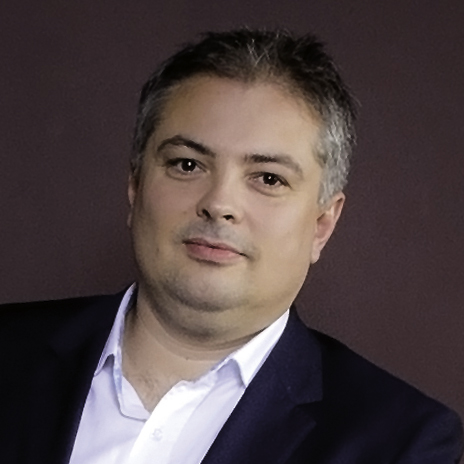 Age 38
Lives Reigate, Surrey
Family Wife, Rachel; son, Miles; and daughter, Lily
Hobbies Cycling and trainee pilot
Car Audi
Key clients BBC, EDF, Hyundai-Kia
Something no-one knows about you I do my own washing – I have a phobia about missing socks
Favourite media Netflix, Amazon Video, Sky Q and, of course, BBC iPlayer with its incredible comedy on BBC Three
Last book read Gorky Park by Martin Cruz Smith – I’m fascinated by the Soviet era and these are incredible stories full of history
Top three priorities for 2017 Number one is growth. There aren’t any others
Best thing about your job Leading such a talented set of folk in an industry that never stays still – that’s a real privilege personally and professionally
Worst thing about your job People who don’t put their mobile number on their email signature – it’s really annoying. 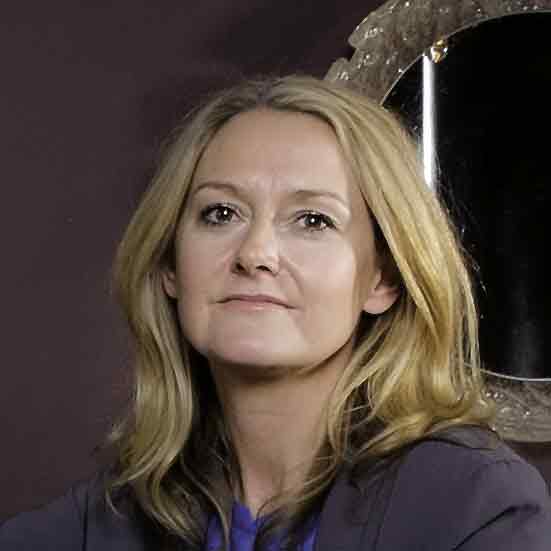 Age Forty-something
Lives On the edge of beautiful Richmond Park in East Sheen
Family Brilliant hubby and two spectacular daughters
Hobbies Boxercise and walking the dog
Car Volvo XC60
Key clients Heineken, Brown-Forman, Royal London, Capital One
Something no-one knows about you I was a cox at college
Favourite media TV
Last book read How Brands Grow Part 2 by Jenni Romaniuk and Byron Sharp. And a lighter read: When Breath Becomes Air by Paul Kalanithi
Top three priorities for 2017 Grow Mediavest clients’ business. Grow Mediavest as a standalone brand within Publicis Media. Grow the talent within Mediavest
Best thing about your job Working in such an exhilarating business with brilliant people, trying to make a difference
Worst thing about your job Spending too many evenings away from my family 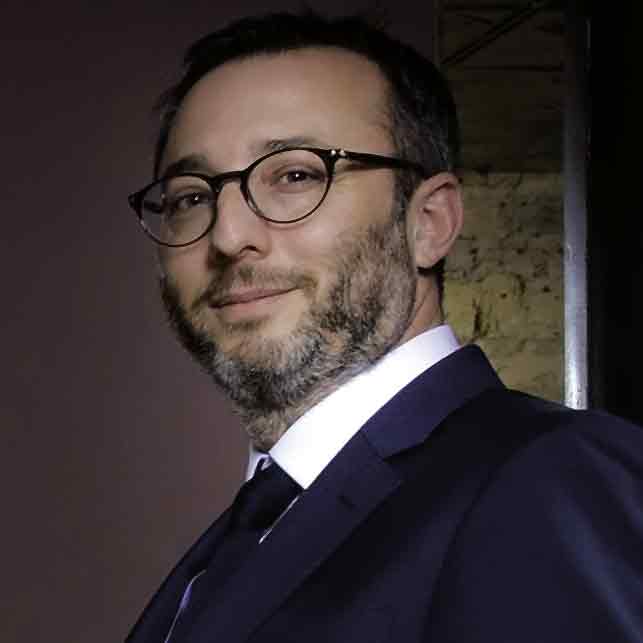 Age 45
Lives Pinner, north-west London
Family Wife, Kim, and three girls: twins Ellie and Mia, nine, and Lexie, seven
Hobbies Season-ticket holder at Tottenham Hotspur and dog-walker of boxer Roxy
Car A beaten-up old Volvo XC90
Key clients Domino’s, Royal Mail, Westfield, Emirates, Universal Music, Savills
Something no-one knows about you I came second in a singing competition when I was five, starring alongside a prop worm called Wiggly Woo
Favourite media Genuinely couldn’t live without Spotify
Last book read Besides some business books I recently read, What’s Left? How the Left Lost its Way by Nick Cohen. Written almost ten years ago but more present than ever given the current state of global politics
Top three priorities for 2017 Simplify, collaborate and have fun
Best thing about your job Getting to work with the talented and passionate people who I am lucky enough to be surrounded by every day
Worst thing about your job Seating plans for the new office

Netflix boss Reed Hastings: 'We will adapt to virtual reality if it takes off'

Jenny Biggam: media agencies will need to get creative in 2017