The death of Prince Philip, announced late this morning (9 April), has triggered a scramble by commercial media owners to suspend advertising and change TV programming as a mark of respect to the Royal Family.

Many media companies have activated longstanding plans that were drawn up in anticipation of the Duke of Edinburgh's passing.

The nation’s most-watched commerical TV channel, ITV, will not show any ads for at least the rest of the day, impacting the launch plans of advertisers including Marks & Spencer and the government’s Department of Health & Social Care.

It has replaced its normal schedule with rolling news and documentaries about Prince Philip, as well as a live programme at 7pm that will celebrate his legacy and be presented by Julie Etchingham and Phillip Schofield.

However, an ITV spokesman said ads remain on its other broadcast channels and that its on-demand service ITV Hub had only suspended ads on its live stream.

The spokeswoman added that ITV's plans for tomorrow (Saturday) would be announced in due course, but that the government’s coronavirus campaign (which is intended to back the rollout of test-at-home kits) would not be running “while we are not running ads”.

Channel 4 is taking a less blanket approach that leaves it free to run some ads on its main channel, according to this statement from the broadcaster:

“We have removed commercial breaks in content specifically covering the death of His Royal Highness, The Duke of Edinburgh and we are reviewing all commercials across all of our and our partners’ content and pausing any ads where we feel it’s appropriate to do so. We will continue to review the situation over the coming days and liaise closely with clients and advertisers.”

It will extend its usual 7pm Channel 4 News bulletin to 90 minutes.

A number of newsbrand website homepages, including The Times and the FT, appeared at times this afternoon to have suspended any ads except in-house promotions, although this situation appears to be fluid.

Radio stations including Classic FM and Absolute Radio have suspended their normal programming and advertising to run just sombre music and news bulletins announcing the Duke of Edinburgh’s death.

Twitter, the platform which is likely to be dominated by discussion about the news, is still showing promoted tweets to UK users.

Four major outdoor media owners with digital screen networks have also suspended advertising for at least 24 hours, according to a media agency source who wished to remain anonymous. They are Clear Channel, JCDecaux, Ocean Outdoor and Global.

Ocean Outdoor has confirmed its screens, including the Piccadilly Lights pictured below, will show a visual tribute to Prince Philip for 24 hours from 2pm on Friday.

"Obituaries, memorials and other content is prepared in-house in advance by the PR and design team. This allows us to switch our screens quickly as a mark of respect in the event of the death of a senior Royal. On such occasions, we also liaise closely with agencies, clients and landlords such as Land Securities for the Piccadilly Lights."

The funeral for Prince Philip, who was 99 years old, will take place on 17 April. 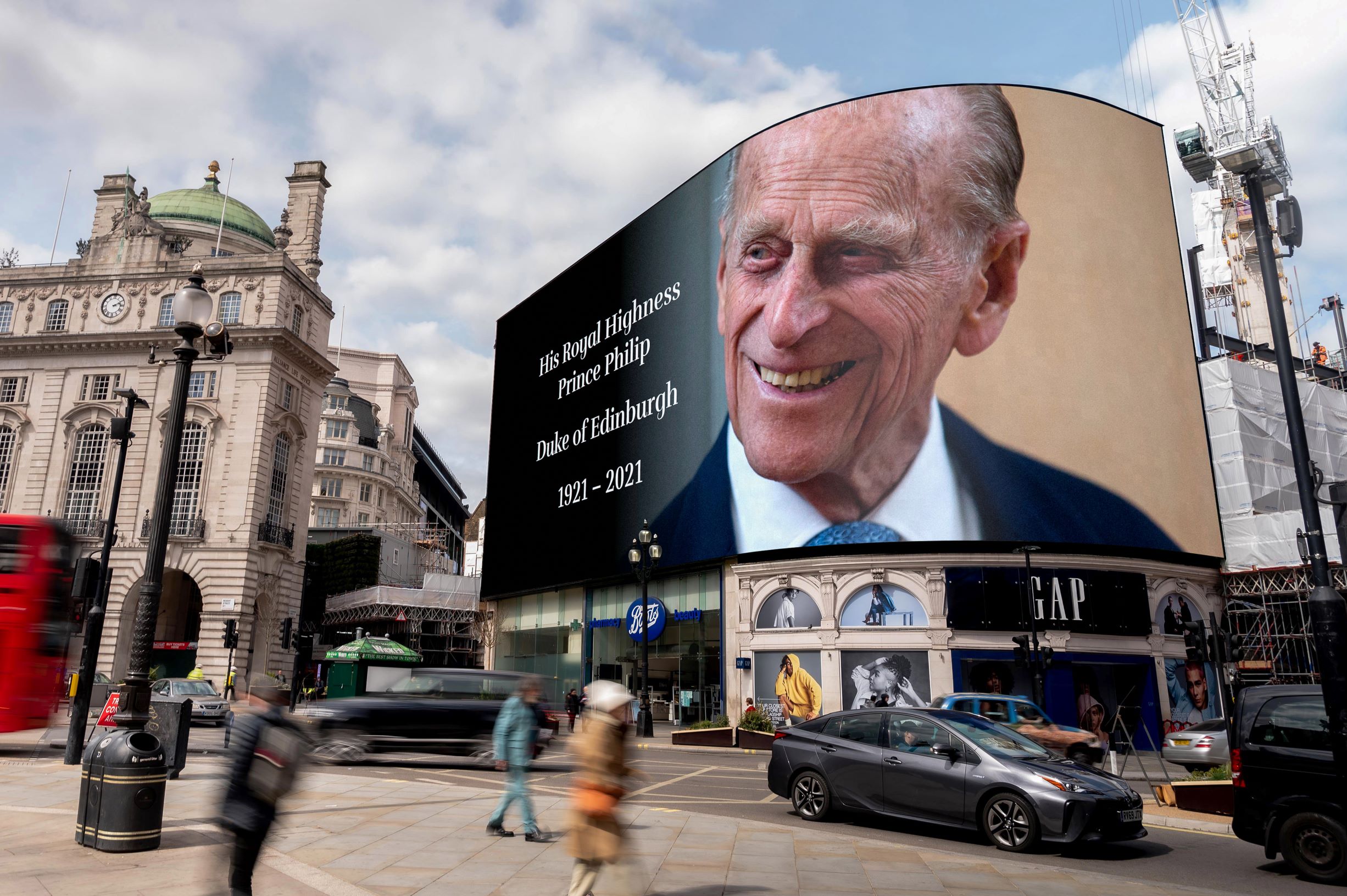