We’ve had to wait a while for Amazon’s Echo to arrive on these shores. But as of Wednesday it’s here and the good news is that Alexa has no problems with the Queen’s English.

At its simplest the Echo is a hands-free, voice-controlled speaker. Ask it to play a song from Spotify or Amazon Prime music and there is a fair chance of that happening. Ask Alexa (Amazon’s AI assistant and the Echo’s trigger word) what’s going on with the weather, or your favourite football team, or what’s happening in the news, and her just-stilted-enough-to-know-she’s-not-really-real voice will deliver.

The Echo can read me a recipe or order me a takeaway or book me an Uber. If my home was smarter, Alexa could help me control it. But because my home is dumb, I’m reduced to asking Alexa to tell me a joke. "Here’s a tip – if you’re scared of lifts, take steps to avoid them". Happily, there’s absolutely no need to feign amusement. Cloud-based AI virtual agents are not famed for their humour. Ask Alexa how many planets there are in the universe and you’ll see what I mean. 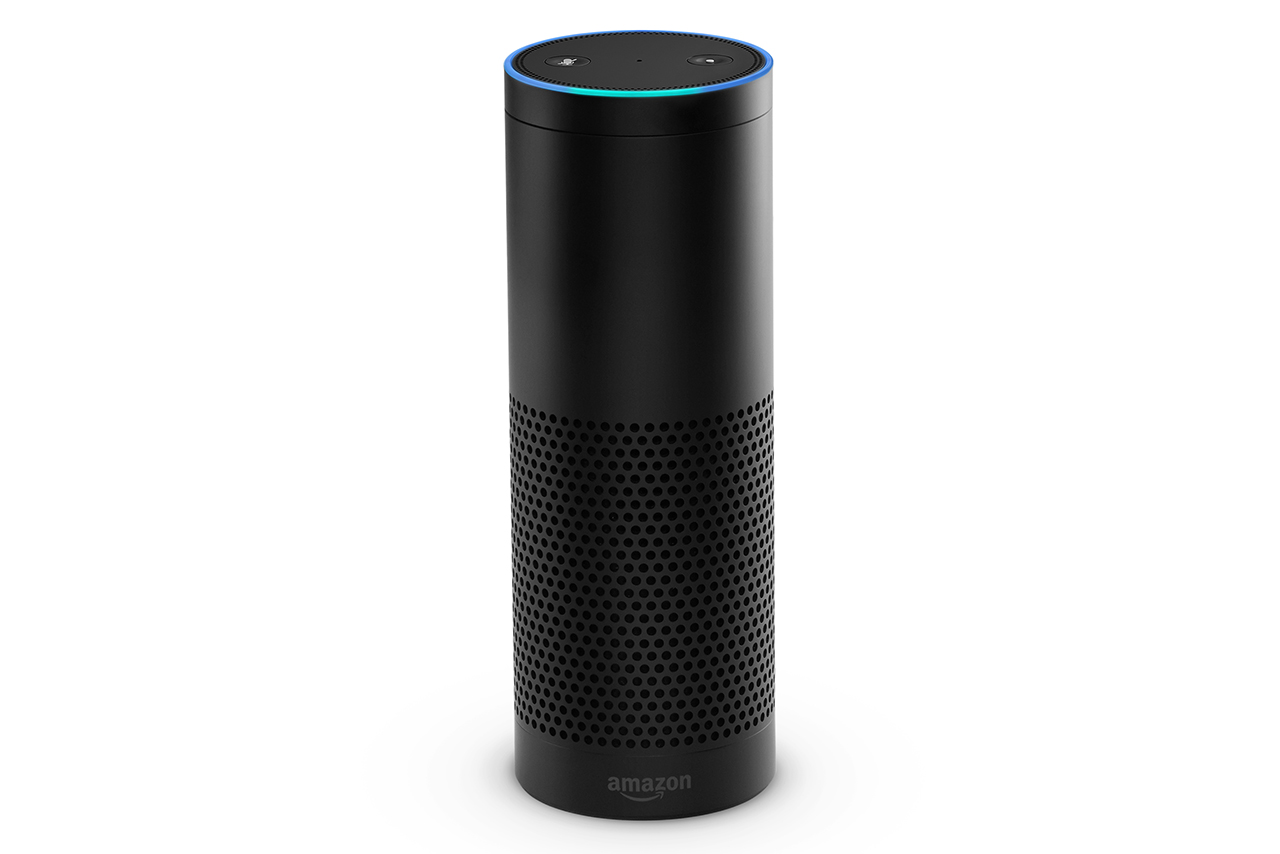 So far, so Siri. But because the Echo is an Amazon product, pretty soon millions of items from Amazon’s inventory will just be a verbal expression of desire away, a simultaneously enticing and terrifying prospect. While mind-reading ecommerce is surely the ultimate frictionless shopping experience, lying on the sofa barking out orders at a passive digital assistant comes pretty close.

Alexa does feel pretty servile – maybe unsurprising when parented by a company that prides itself on relentless servicing of its customers. Maybe I haven’t spent enough time talking to machines instead of writing or poking or swiping at them. It stoked my paternal pride when my daughter finished her requests with a polite "Please, Alexa". I haven’t yet told her that such civility is unnecessary.

Just as when chatting to bots you quickly learn to phrase questions and requests in such a way, a little formal and deliberate, to elicit an answer, so you learn how to talk to Alexa and how to get what you want out of her. Unambiguous clarity is what you are aiming for. Logic is good. Zany wordplay won’t get you far.

But 24 hours in, it has stopped feeling completely weird to be talking to thin air and expecting an actual response of sorts. As the Echo ecosystem grows, more services become enabled and further "skills" developed, there will be more and more that I can demand of Alexa. And as the Echo learns more about me, more about my shopping habits and travel plans and entertainment choices, the more "helpful" it will become, an indispensable partner to my connected consumer.

The novelty of the Echo might be making me hyper-aware of the fact that it – that she, that Amazon – is always listening. And delving into discussions of privacy concerns relating to the Echo (and other prominent virtual assistants) is not reassuring. Alexa does not transmit every single utterance to the cloud for analysis, just "a fraction of a second of audio before the wake word", down from "a few seconds" in 2014.

Of course you can delete all your voice recordings, though you are warned that doing so "may degrade your Alexa experience". Alexa just wants to help you and how can she do that if she doesn’t know what you’re thinking? I’ve already allowed Google to track so much of my life in exchange for relevance. The Echo demands you ask yourself how much you are prepared to give away in exchange for convenience.

The arrival of Alexa into my life has prompted me to spend a little more time with other voice activated assistants and it’s startling how far voice recognition technology has come so quickly and how quickly one can get accustomed to interacting with computers through voice. Richer, smarter folk than me are already making big bets on this. Google are widely expected to announce their Echo competitor on 4 October. And Apple’s Air Buds let Siri whisper into your ears instead of shouting from your phone. What are UI designers going to do in the voice-activated near future?

It doesn’t take much time spent in Alexa’s company to understand why the Echo has been such a success with its early adopters and to appreciate its potential. It’s a fascinating device. And it doesn’t take a weatherman to know which way the wind is blowing – before too long a computer you can’t talk to will seem as antiquated as a screen you can’t touch.

Alexa, make yourself at home.

Jeremy Ettinghausen is the innovation director at BBH Labs

Why the 'New Mac' candle is selling like hotcakes

Watch: how brands can use the Amazon Echo

The one thing I wish my smartphone could do