The founder of live-streaming production company Driift describes the prospect of filming the festival without a crowd as "liberating".

When Glastonbury's organisers cancelled the music festival for the second year running due to complications arising from the coronavirus pandemic, they decided to stage a streamed event for an at-home audience.

"Live At Worthy Farm", billed as a chance to partake in a shared musical experience hosted live from the natural surroundings of its Somerset fields, will be broadcast on 22 May to a global audience.

The show, developed by Driift, will be filmed across the festival's Worthy Farm site at landmarks including the Pyramid Field and the Stone Circle as well as areas not traditionally used as performance spaces in the past. It will make use of the topography of the land, natural light and weather conditions.

Driift was founded during COVID-19 lockdown as a means to meet the demand for live music by Ric Salmon and Brian Message from music management agency ATC. Salmon has found the live-stream format to be liberating as it allows for added creativity. Filming techniques that would previously detract from the experience of an in situ audience can be used to showcase a greater performance down the lens.

Salmon told Campaign: "The beautiful thing about this format is that strangely when you don't have an audience in front of you it is liberating. From a filming perspective, it enables you to film in and around an artist in a very different way. You retain all of the excitement and energy that you get from a live show but you can create proximity between the artist and the viewer in a very different way to what we're used to. You can create a narrative arc and use dynamic lighting shading, in a way that you can't do in the physical normal world."

Instead of having a presenter, the show will employ filming techniques and visual transitions to help the audience imagine they are enjoying a night at Glastonbury "stumbling from performance to performance" with friends. Drone shots will help to link the various performances in different filming locations with spoken word narrative interspersed throughout the show. These moments will build a narrative thread to guide the evening with the themes of hope, spring and rejuvenation.

The five-hour event will see a range of artists including Coldplay, Damon Albarn, Jorja Smith, Kano, Michael Kiwanuka, Wolf Alice and DJ Honey Dijon perform as part of an uninterrupted film production. With a range of headline artists, it was important to ensure each artist had their own space and time to perform in addition to building a narrative arc for the show.

Salmon added: "I think it will be quite a deeply immersive feeling when you're watching it and I think you'll want to go on the journey. But you are able to dip in and out of it. Some performances will be intimate and others pretty expansive. They are all full band, full production. There is a certain magic to Glastonbury for artists. We have the magic of normal Glastonbury coupled with the uniqueness of this event. Every artist wants to deliver something truly magical."

Accessible only to ticket buyers, the online event will be broadcast in full across four separate time zones, with staggered live streams for the UK, Europe, Africa & the Middle East, East Coast North America & Central / South America, West Coast North America, and Australia, New Zealand & Asia. The live nature of the event allows for a collective experience among small group viewing together that cannot be replicated.

Having been forced to cancel the festival for a second consecutive year, Glastonbury's was keen to support its three main charitable partners, Oxfam, Greenpeace and WaterAid. 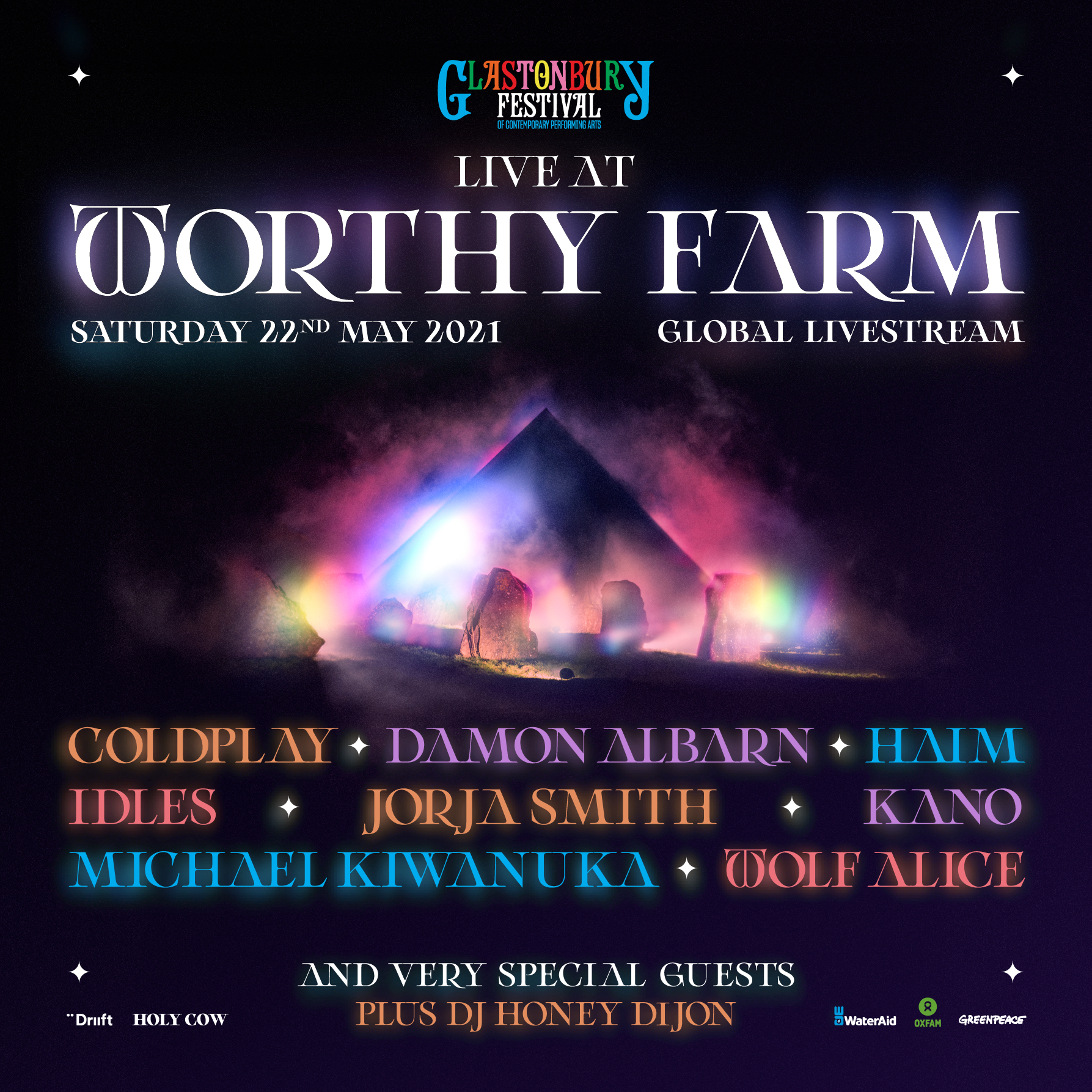 Looking forward, Driift hopes to carve a permanent space for paid-for streaming as a sustainable and complementary experience in the future as it unlocks new creative opportunities and revenue streams.

Salmon said: "We live in this world now where everything is video on demand. And the problem with VOD is that as human beings we still like to come together in collective live experiences where we are all watching something at the same time; of course, boxing is a great example, also the World Cup and the Olympics. You feel like you're part of it. I think that's the essence of what live streaming in music can do."

Closed for summer: the playground of ideas

SOS: How can brands help save our summer?

Glastonbury 2021 is cancelled: what does this mean for summer experiences?