Debenhams is challenging the fashion industry's obsession with youth by adopting an age-agnostic approach to its marketing. The retailer's marketing chief, Richard Cristofoli, talks to Nicola Kemp.

As the creative inspiration for designers, the muse has long been at the heart of the fashion world. Tom Ford has Julianne Moore, Marc Jacobs has Sofia Coppola and Balmain’s Olivier Rousteing has reality-TV star Kendall Jenner.

Richard Cristofoli, marketing director at Debenhams, has his own muse: her name is Claire and she is not defined by her age but her attitudes towards fashion.

Claire is the driving force behind the brand’s strategy of marketing to "women, not girls" in an attempt to ditch the tired assumption that age is a barrier to style. 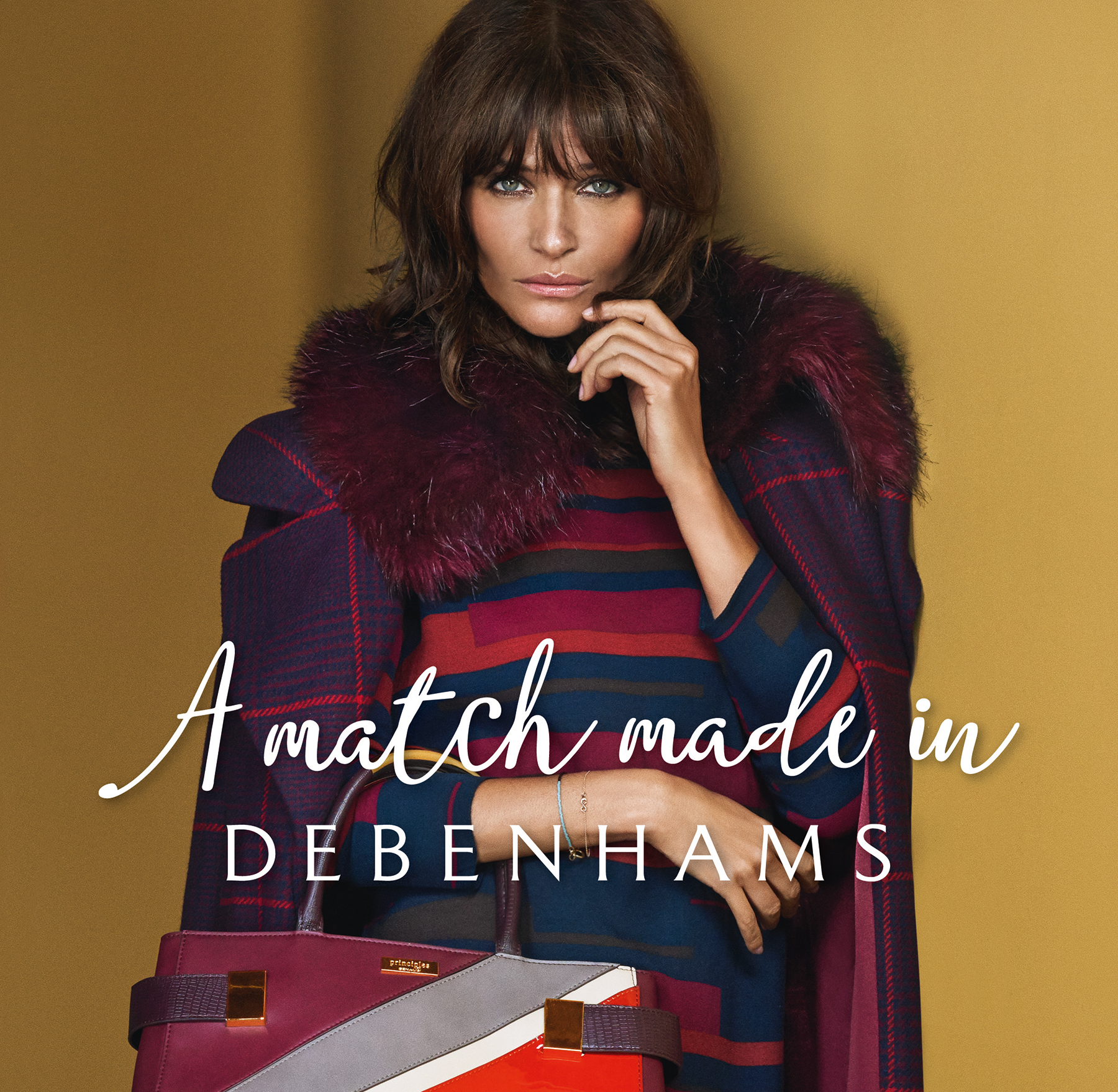 Power of the ‘midult’

Claire is not actually a real person but the internal shorthand used by Debenhams’ marketing team to describe its core audience. As part of an industry that has been historically obsessed with youth, Claire’s ascent is significant: it underlines the growing power of the so-called "midult" market of women who do not allow their age to restrict their purchase power or willingness to experiment with fashion.

According to Cristofoli, this focus is the culmination of 12 months of "deep-dive" research by Debenhams. The high-street stalwart has shifted its focus to the attitudinal mindset of its core consumers in response to the "remarkable change" in both consumer behaviour and attitudes over the past five years. "The democratisation of social media means that information is everywhere and, for our consumers, this means they are no longer saying: ‘I’m no longer of an age where I should be engaging with certain content,’" Cristofoli explains. "In the past, they would pigeonhole themselves – but that is no longer the case."

But while consumer attitudes have shifted, the industry has lagged and continues to rely on marketing to consumers through a youth-focused lens. "Claire has retained her love for fashion despite what life has thrown at her, but she feels the fashion industry is obsessed with youth," Cristofoli says.

Better connecting with Claire through focusing on attitudes rather than age is at the heart of Debenhams’ current autumn/winter campaign by J Walter Thompson London, which features supermodels Helena Christensen, Yasmin Le Bon and Eva Herzigová. According to Cristofoli, it will be supported by Debenhams’ widest mix of digital media channels to date. "We need to stop thinking of social media as ‘youth’ platforms," he says, pointing to research that suggests Claire massively over-indexes on mobile, which will "have a bigger role than ever" in the marketing mix.

More than 60% of Debenhams’ digital marketing spend will be on social media, reflecting the time its audience invests in Pinterest, Instagram and Facebook. The retailer is also set to increase investment in Facebook Live to support its new make-up range by tattoo artist Kat Von D. Cristofoli is mindful that the brand isn’t simply investing in Facebook Live to "tick a box". He explains: "Live is a pull mechanism for us and it is about expanding that personal in-store experience."

While Cristofoli believes there is "absolutely a place" for the "be yourself" feminism underlined by the Dove "Real beauty" campaign, Debenhams is laser-focused on "being aspirational". He continues: "When we talk to our consumers, both about the women they admire and the challenges they face in their own life, it is very much about the challenges around family life and career. But it is not just about aspiration in the business world – they are also aspirational about how they look."

Consumers in this so-called "midult" market have historically remained on the margins of marketing activity. Debenhams has set out to prove that their spending power and attitudes suggest they should in fact be front and centre.

Experts believe that marketers’ obsession with capturing the spending power of millennials is at odds with their declining economic power. Jo Allison, editor of Canvas8, believes the women who make up Generation X (35- to 55-year-olds) have traditionally been ignored by brands. "They represent a huge portion of the population in the UK, they have significantly greater spending power than younger generations but they are still being ignored by brands," she says.

Annabel Rivkin, co-founder of new website The Midult, which speaks to women ignored by the youth-obsessed media, thinks it is time to rebrand middle age: "We’ve been taught to fear ageing when, in fact, what we are seeing is a surge of financial confidence, independence, digital literacy and hyper-connectivity."

Advertisers, Rivkin suggests, need to reframe the narrative: ditch the tired stereotype of the "35-plus busy working mum" and embrace a truly age-agnostic approach. As she explains, when the "midult market" is more interested in sleep than sex, ditching the stereotypes and taking a fresh look at what’s aspirational for this cohort can pay dividends.

Pointing to Spike Jonze’s recent Kenzo fragrance ad [above], which set social media aflame with a wild, dancing woman, Rivkin attributes the campaign’s success to the sheer disruption of the idea of the female protagonist as pretty, rich or sexy. "There is something about her, something savage, an internal wildness, that is quite relatable," she says.

Kenzo’s approach, according to Rivkin, not only created a spectacle but veritable relief in a sea of marketing blandness.

Marketing in the age of sensory deprivation