If marketers can't connect with Millennials within the four walls of their own business, what hope have they of forging meaningful connections with them as consumers, asks Nicola Clark.

There are 2.4bn Millennials - the generation of 'no-collar workers' born between 1980 and 2000 - globally, making it the world's single biggest consumer group. At a time of unprecedented technological change, understanding this key band of consumers has never been more important. Put simply, it presents marketers' biggest opportunity and greatest challenge.

With this in mind, broadcaster MTV has undertaken a Europe-wide quantitative research project, 'Millennials in the Working World', to unravel not only what motivates but also alienates this generation.

Helen Rose, senior director of research and insight at MTV's parent company, Viacom, says there is a big opportunity for brands to maximise the value of Millennials both in the workplace and as consumers.

'This is a generation that was taught at an early age that their opinion matters,' she says. 'They expect both brands and their employers to listen to and respect them.'

Those that fail to adhere to these new rules of engagement risk not only poor sales, but also having their reputations publicly trashed across social-media sites. Brands no longer have any place to hide.

This generation of consumers is accustomed to living in an online world of immediate and constant feedback. It is not surprising, therefore, that the research reveals they feel shortchanged when they don't receive consistent validation in their work.

Chris Hirst, chief executive of Grey London, says Millennials have grown up in a world in which they are constantly asked their opinion, so they expect the same from brands and within the workplace. 'When you can get a real-time response from Cheryl Cole you can't then separate these expectations when you enter the workplace.'

According to Hirst, this is why Millennials can feel ignored, frustrated and jammed into a corner in their working environment.

In fact, the feeling that their wishes are being ignored, both in the workplace and as consumers, is the source of the biggest frustration to Millennials. Henry Mason, head of research and analysis at consumer trends firm Trendwatching, says younger, web-native consumers expect to be able to look beyond any commercial message or brand claim and find out what other consumers think, and what their experience of a brand or product has been. Through this 'transparency triumph', reviews have become one of the most important ways for marketing to connect with Millennials.

This transparency extends into the workplace through TripAdvisor-style company-review sites such as Glassdoor. While many of these sites are yet to reach the tipping point, HR directors and marketers believe they will be a growing force in the employment market.

Have you heard the one about the marketing director who spent the day at his advertising agency so its staff could build his personal Facebook page and teach him how to upload pictures and make 'friends'?

An apocryphal tale or not, one social-media manager at a leading retailer says this lack of awareness is endemic. 'I had a director who refused to admit when she didn't understand a platform and swung from dismissing things in their entirety to embracing fundamentally flawed new platforms.'

While chief executives have been quick to complain in private that Millennials have a misguided 'sense of entitlement' or are too impatient, the reality for this generation is an exceptionally challenging job market. The youth unemployment rate is 21.9%, and the fact remains that, for many digital natives, the notion of creating jobs around themselves, and the freedom that can come with that, is nothing but fantasy.

This is not to say that tensions between different generations in the workplace are a new phenomenon. 'It's a modern manifestation of an age-old problem,' says Hirst. 'The best leaders are those most confident when it comes to asking for advice. "I don't know" is a powerful thing to say,' he adds.

MTV's research also reveals that digital natives feel frustrated when they are ignored in the workplace. Steve Martin (right), chief executive of M&C Saatchi Sports and Entertainment, says the key to avoiding this is recognising where you need new talent.

'You don't need to retire when you don't understand all aspects of technology, but you need to be on the front foot, not only with bringing in new talent, but actually listening to what they have to say,' he adds.

Dan Hagen, head of planning at media agency Carat, argues that brands must have one eye on the past and another on the future. 'You need to keep doing what delivers, but (also) have a huge focus on Millennials and what is changing, from embracing new earned-media platforms to understanding the new ways in which people connect. Change is happening so fast, the focus group of one simply doesn't cut it any more.'

The world's most successful businesses and brands have managed to achieve this delicate balance. Andrew Creighton, chief executive of Vice magazine, says there will always be some form of generational divide, but this need not be insurmountable. 'The rise of Apple is an interesting example, as it is clearly a cross-generational brand, but it is very driven by traditional advertising such as TV and outdoor,' he adds.

Brands are being forced to find new ways to reward consumers both within and outside the workplace. Millennials' aspirations no longer centre on owning the biggest, fastest or shiniest product, according to Mason. 'Flexibility, generosity, experiences and stories are all new forms of social currency that are as attractive, if not more so, for some customers,' he explains.

Pointing to the success of social businesses, Mason concludes that Millennials are looking to buy from, and work with or for, brands that make a difference to society.

'Money is not the only measure of success and, in many ways, this generation is less materialistic than previous ones,' notes Rose. 'Now it is a lot more about finding balance and being happy.'

Not that Millennials find this happiness easy to obtain. 'Young people are stressed out, and it is all about their future concerns, not whether they are wearing the right trainers,' she adds.

However, their values should not be confused with the 'No Logo' anti-capitalist ideals associated with Generation Y. The acquisition and ownership of goods remain ends in their own right. According to the research, 73% of European Millennials say they have the same or more money to spend on 'fun stuff' than they did a year ago.

Hagen says that, while Millennials' values have shifted away from individualism to embrace community and sustainability, this is not a purely philanthropic pursuit.

'These consumers are aware of sustainability,' he adds, 'but it's more about how they can use this to connect with communities of like-minded people and demonstrate their credentials.'

Certainly 'collaborative consumption' is seen as increasingly aspirational among Millennials. Jane Asscher, managing partner and chairman of creative agency 23red, says that this trend has grown 'partly because it's perceived to be an intelligent, self-confident and intelligent thing to do, partly because it fits with the whole sustainability ethos, and partly because it opens up a flexible world of proxy purchases'.

She adds: 'This is the first generation that are CSR natives - (they) take it for granted that companies should deliver not just profits, but also make a contribution to society and act responsibly both in and outside the workplace.'

Certainly, for this generation, sharing and recording their experiences has usurped ownership of products as a status symbol. For Millennials, sharing is key to any experience and connectivity has quickly become the driving force in their lives. In an age of ultra-transparency where reputations can be built up and destroyed in a matter of minutes, truly engaging with this audience - in work as well as the wider world - has never been more vital to business success. 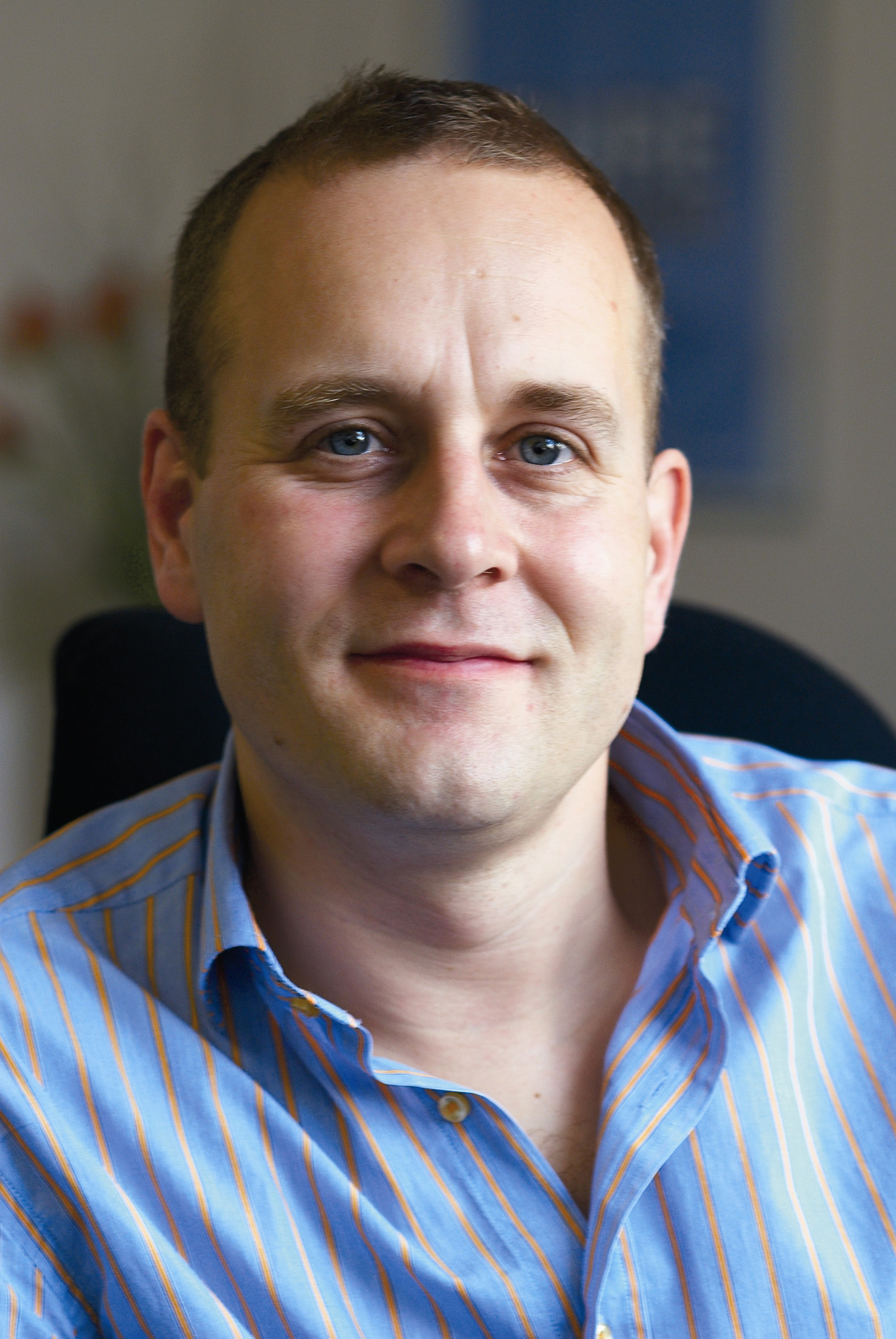 While brands have been quick to shift their business models to embrace new platforms, many have struggled to translate this into new working practices. Agencies are ahead of brands in this transformation. Chris Hirst (right), chief executive of Grey London, explains why and how brands can adapt to embrace the new generation of talent.

'When companies are loath to invest in new people and don't have a graduate intake, it's not only a bad thing for business, but a bad thing for the country as a whole,' says Hirst. He believes that it is not only critical to have fresh talent coming into an organisation, but also that those individuals are empowered to make a difference.

In line with this, the agency has embraced an 'open' positioning designed to break the 'dependent' top-down culture that exists in so many businesses. This involved changing leadership structures, sign-off processes and developing leaders at all levels.

At the heart of empowering the potential of everybody, rather than the few, lies 'reverse mentoring'. 'We recognised that there was a real, tangible benefit from senior people learning very functional things from junior staff. These are the people who can really tell us what it feels like to be them, both in their lives and their experience of the company.'

One of the biggest issues facing businesses is a lack of honesty, whether about perception of a brand, or employee experience within a workplace. As one chief executive confides: 'The issue is when each layer of the business is overestimating its performance and experience of the company by 5% - by the time it reaches the top you have a warped view of the company.' It is those at the bottom of this workplace pyramid, the Millennials, who bear the brunt of this skewed vision.

'You can't run a company like this,' says Hirst. 'If you sit in an organisation where the seventh floor doesn't know what the first floor thinks, you can't build a company culture.' To combat this kind of malaise, Grey London has invested in its culture and given junior executives a place on the board.

Culture is more than a document

'Culture doesn't live in documents; it is about the behaviour of the senior management. The best marketers don't sit in ivory towers, they meet cross-sections of their employees and aren't afraid to say when they don't understand,' argues Hirst.

CROWDSOURCING IN THE WORKPLACE

Embracing the principles of crowdsourcing within the workplace is a key tool to engage with Millennial employees who want to feel they have a voice within the organisations for which they work.

According to McKinsey, pioneering companies are crowdsourcing their strategy and moving past outdated hierarchies to better embrace their workforce. Successful chief executives embrace the underlying principles - transparency, radical inclusion and egalitarianism - and peer review of the web-based social technologies that make it possible to open up corporate strategy.

Olivier Sibony, a director in McKinsey's Paris office, says crowd-based mechanisms are a powerful engine to produce 'groupthink' on a grand scale.

Nonetheless, he warns that some of the most common crowd-based feedback mechanisms - reader comments on online articles and product reviews on ecommerce sites - produce mixed results. Some turn into headed debates, while others result in a consensus.

However, fear of dissenting voices should not deter brands from dipping their toe into the waters of internal crowdsourcing.

Millennials are often frustrated by the belief that their own potential and creative endeavours are being overlooked.

Cover Story: Screw the rules to connect with the no-collar workers