Back in 2016, Malibu became the first drinks brand to incorporate NFC technology into its bottles on a wide scale. This summer, the company did again on a scale six times bigger. But what's it all for?

In London this summer, the humble A-board received a tech upgrade, courtesy of Kahlúa, in certain locations such as Secret Cinema’s outdoor Romeo and Juliet showing. Built-in screens displayed contextual messages promoting the drink of the minute: the espresso martini.

The cocktail's increasing popularity posed an opportunity and a challenge for Kahlúa, one of its main ingredients.

How Kahlúa could take more ownership of the espresso martini and how technology can be used to do that were questions that Johan Radojewski, director communication and channel marketing for Malibu and Kahlúa, says had to be answered.

Malibu and Kahlúa are covered by one marketing team within The Absolut Company, a Pernod Ricard division based in Stockholm.

The team set up the Living Lab, which is not so much a place as a state of mind – or at least a formalised approach to technological innovation that is designed both to support the growth of Malibu and Kahlúa and develop ideas that can be adopted by the wider business. 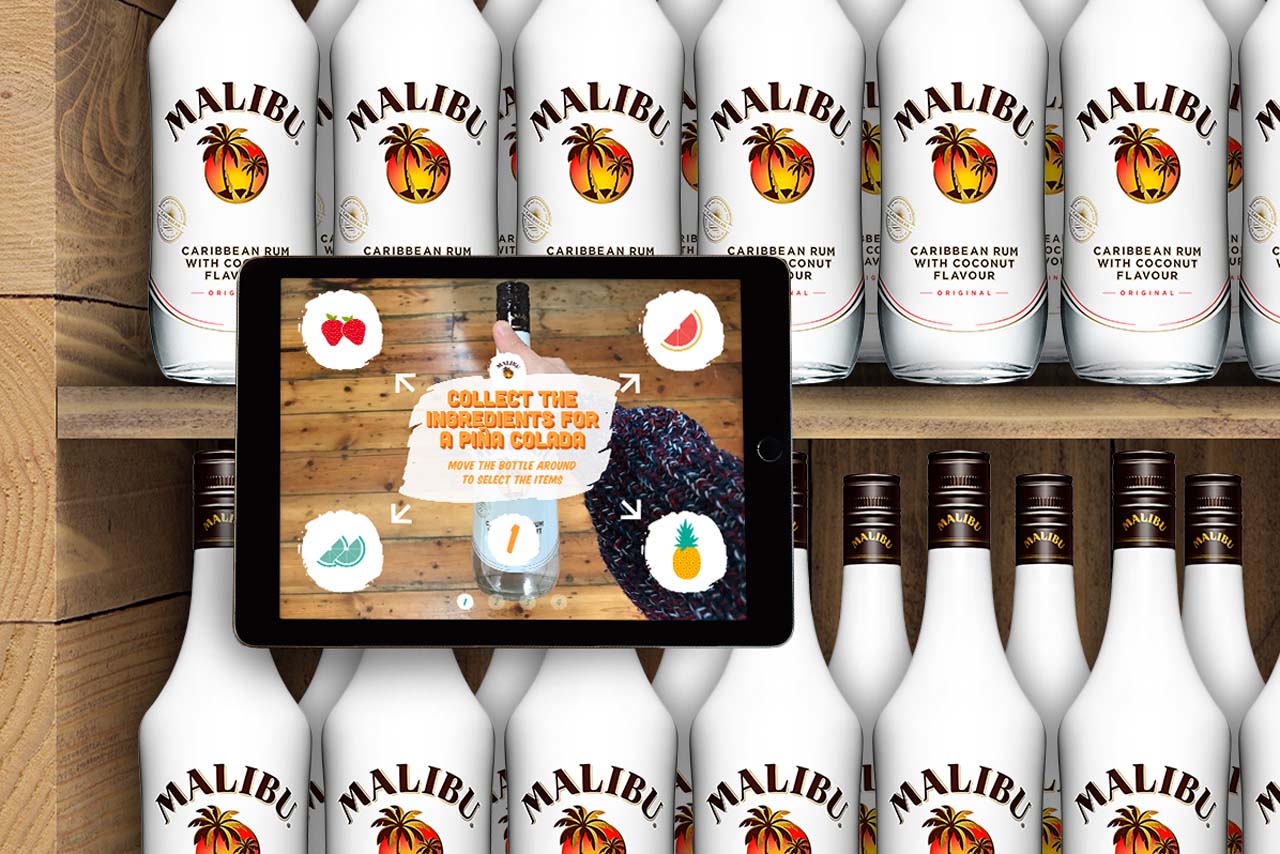 As well the aforementioned "K-boards", the Living Lab – which works closely with Internet of Things agency SharpEnd – is currently working on an augmented-reality tablet game for Malibu, controlled by the bottle, that will be piloted next month in Copenhagen (above). There is also:

Not just a shotgun approach

"Three, four years ago, we weren’t doing that well with both brands," Radojewski explains. "We needed to start carving out our own space. We’re not the biggest brands in the portfolio, so we need to get attention through something else. We don’t have the biggest budget, but we can be the fastest team in Pernod Ricard."

The Living Lab's approach is to prototype a large number of ideas, select a few to pilot with one of Pernod Ricard’s national market teams, then aim to develop one or more to scale per year. 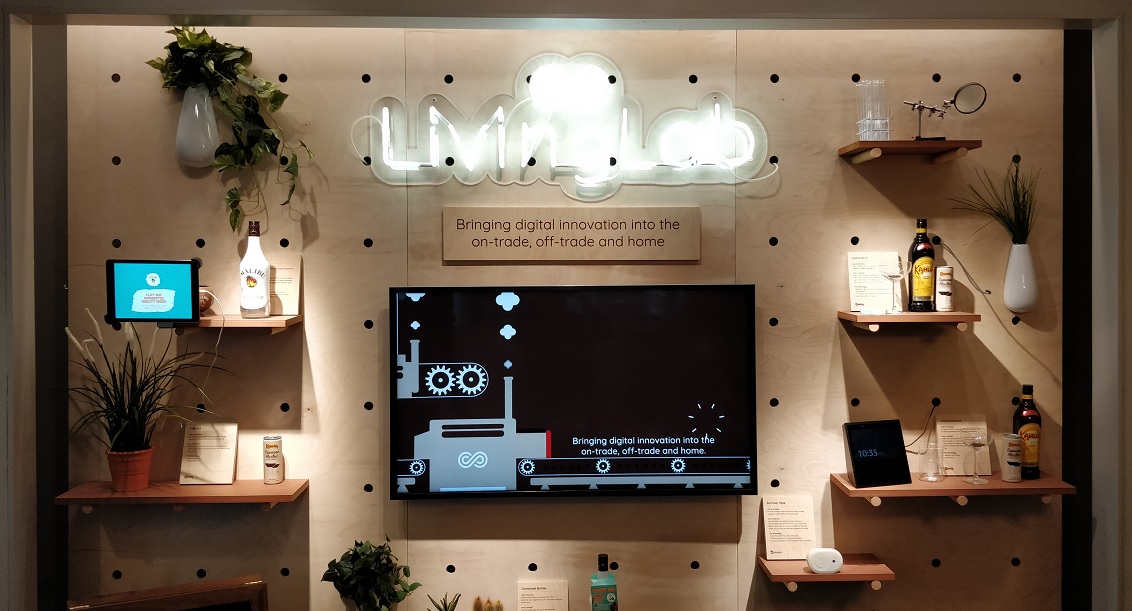 It’s easy to be cynical about things such as connected bottles, which, on the face of it, can sound totally nonsensical. But Radojewski is at pains to stress that everything the Living Lab does is a means to an end.

"Everything has to be rooted in a core business need or a consumer challenge," he explains. "We’re not doing tech innovation for the sake of tech innovation. It always has to start with what we’re trying to solve."

The ideas are prompted by national marketing teams who have a challenge they are trying to overcome or an opportunity they don’t know how to exploit.

Malibu is seen as a guiding light. The same way that Nike validates that we're making the right decision – Malibu validates too

The Malibu AR game that is about to be trialled, for example, started with "a simple insight that came from our shopper marketing team", Radojewski says. "They had research from the US that said if only a person touches the bottle in store, the likelihood of them buying it increases by 60%."

This posed the question of how shoppers might be encouraged to pick up a bottle, and the answer the team came up with was a game in which the player must hold a bottle to a tablet screen to activate play – before using the bottle like a mouse to "pour a drink" in the game.

The game will be tested with tablets placed in just 10 stores initially – so it is some way from being an idea that can be rolled out at scale.

It may end up in a similar position to Coco-nect, a Malibu coconut shell-inspired cocktail cup that features a twistable base that sends a signal to the bar to both order a new drink and give bar staff the user's location.

Although that was piloted in 2016, it has been put on hold due to the regulatory challenges of providing a vessel for serving drinks that contains electronics.

That said, the company's experiments with NFC-tagged bottles also started small, with 45,000 produced in 2016. This summer, 300,000 went on sale in the UK and Germany. When users tap the bottle with their phones, they are taken to a microsite containing games, competitions and cocktail recipes.

According to Cameron Worth, founder of SharpEnd, the technology is rapidly becoming cheaper and easier – recent advances have allowed NFC tags to be made of plastic rather than silicon, reducing the cost per unit from about 10p to 2p. 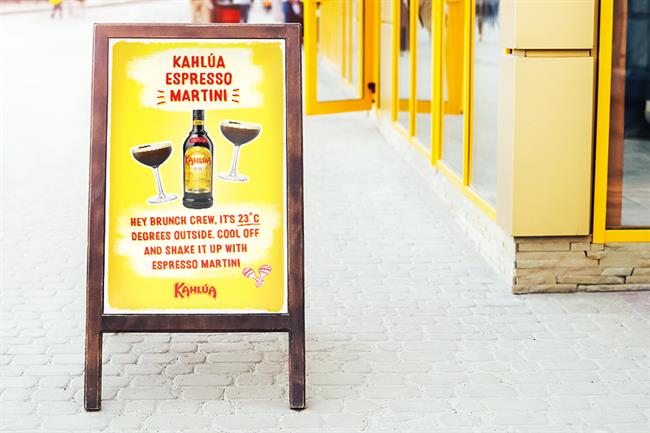 "If you think what that does in terms of access to the market, it moves it from just the Pernod Ricards and Estée Lauders to the likes of PepsiCo and Unilever," Worth says. While connected shampoo bottles are still a couple of years away, he thinks they are certain to happen.

There’s another breakthrough on the horizon for NFC, according to Worth: the ability to deliver a different experience depending on whether a bottle or package has been opened or not.

"That’s going to be a real step change," he argues, and not unreasonably – it moves from being able to target consumers based on their characteristics and preferences to knowing exactly what they have bought and how close they are to potentially buying again.

The Living Lab isn’t about reinventing the wheel, Colin Kavanagh, vice-president of global marketing Malibu and Kahlúa, says: "My view is the fundamentals [of marketing] haven’t changed, but the 'how' is changing very rapidly.

"Technology is having a massive impact, and on culture I would say even more so. We want to be more at the forefront of that change and the only way we’re going to do that is by trying things, by experimenting."

The decision to give the project a name and a physical presence came from a desire to "positively contaminate" the team with the right mindset, Kavanagh explains, because "one of the biggest challenges big companies have is a fear of failure".

While he says there will always be a need for creativity around how messages are delivered, the Living Lab offers the skeleton of a technological solution to which creative ideas can be applied: "But it’s also how you define creativity – we talk an awful lot about it, but there are lots of ways to be creative.

"And everything we do still has to fit within the brand strategy. Malibu is all about the summer, for example – releasing the ‘summer you’."

Both Kavanagh and Worth mention Nike, the brand that recently set the internet alight when it unveiled Colin Kaepernick as the face of its new campaign. For Kavanagh, Nike is an inspiration: it boldly goes where other brands fear to tread.

Worth, meanwhile, makes a comparison that illustrates the team's significant ambition.

"Malibu is seen as a guiding light," he says, when discussing its groundbreaking use of NFC tags. "The same way that Nike validates that we [marketers] are making the right decision – Malibu validates too."

How Schweppes, Absolut and Patrón are appealing to cocktail lovers at London Cocktail Week

What brands should know as NFC technology comes of age