Wrestling with how to bring purpose into selling product is many modern marketers' grand challenge. But are you thinking about it in the right way? Is it always really necessary? A gathering of leading marketers unpicked the delicate balance...

Authenticity and longevity are the non-negotiables of creating sustainable purpose-driven campaigns.

By contrast, short-termism and causes that were no more than ‘bolt-ons’ to brands’ commercial remit were anathema and would not create meaningful results that actually meant something to consumers.

"The purpose shouldn’t be a message – it’s very easy for a brand to make a grandiose statement," said Dede Laurentino, CCO of Ogilvy UK. "It has to be a gesture that has an effect on life itself." 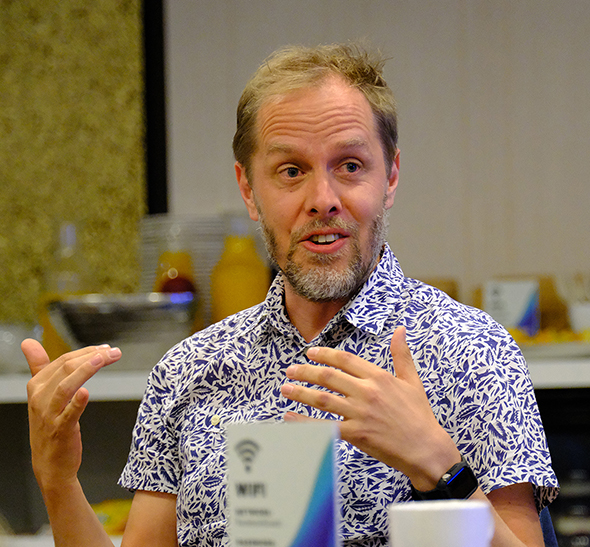 Speaking at the Campaign-Facebook hosted roundtable during the Cannes week, Iain Tait (pictured), ECD of Weiden + Kennedy, London, cited outdoor clothing company REI’s #OptOutside campaign in 2015 – when it shut all its 150-plus stores on Black Friday urging people to connect with the outdoors – as a shining example. "It was simple and clear and it cost them something – it was authentic," he said.

"If purpose-driven work is not done with authenticity, it’s going to end up being a cynical execution," said Nadja Lossgott (main image), creative partner at AMV BBDO. "Everyone has a bullshit meter and you’re going to be called out."

Johnson & Johnson’s film 5B about the first AIDS ward in San Francisco – the first brand film to be shown at the Cannes Film Festival – drew praise from Richard Brim, CCO of adam&eve DDB, as "an absolute beacon of light". He added: "They are known for the cute little baby ads but they have been championing nurses forever. It [5B] sounds heavy but it just goes from being very heavy to then being incredibly light and funny and human." This is serious and meaningful subject matter highlighted by a major global brand.

Should every brand have a purpose?
On the face of it, it is considerably easier for a brand like Johnson & Johnson to show purpose or align with a cause than, for example, McDonald’s, explained Shula Sinclair, global head of strategy at Spark Foundry. "It’s harder for brands that don’t naturally sit in a space of cause or exist for a cause," she said. "But the McDonald’s campaign in India was a little nudge to voters to remember to vote and them not getting the order they asked for if they didn’t vote." 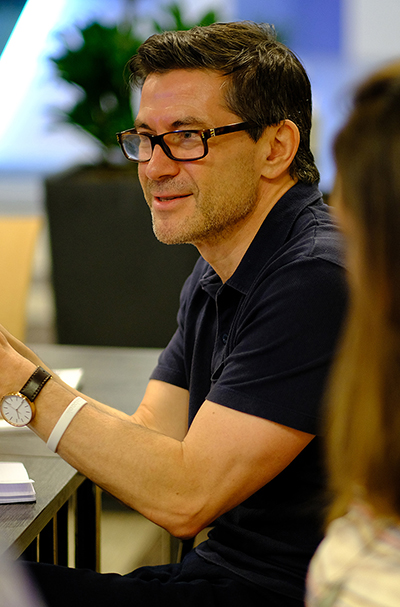 Clothing brand American Eagle are clear about who and what they represent, said Alex Goat, CEO of Livity, the youth-led creative network. "American Eagle represent liberal and inclusive politics – they’re very clear about it and it runs through everything they do," she said. "Yes, it’s about selling more denim but it’s not campaign driven, they make sure they give their audience a voice."

But there was dispute about the difference between a brand’s purpose and a cause. The panel explored the vision of Paul Polman, the former Unilever CEO, that every one of his company’s brands should have a purpose.

Consumer attitudes will shape the future
But Doubal believes that changing consumer attitudes are influencing commercial decisions. "The biggest consumer base is actually pretty concerned with the effect of bigger companies on the world," he said. "There is much more consciousness about purchasing decisions and big brands have become aware of this."

In terms of defining what a brand’s purpose is, he added: "A meaningful role is an interesting way of looking at it – having a role in people’s lives. If it’s believable you can extend that to a cause. But I do find it hard when companies say their purpose is to do good when fundamentally they are a business." 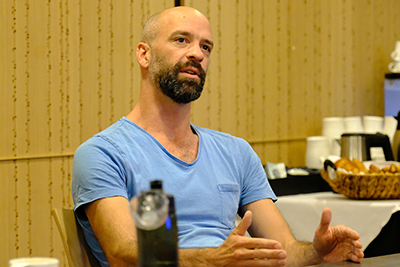 Nicolas Roope, creative chair of Publicis.Poke, showed that business and purpose can co-exist in surprising places: "I love the Greggs sausage roll. They have been reinventing their low-class market image. This cause and mega-vegan trend comes along and they pop up with this amazing gesture. It was managed beautifully. They’ve dipped into this trend but also maintained their image."

Doubal used the example of outdoor clothing brand, Patagonia, as a "rare example" of purpose and cause essentially being one. "Patagonia was an original dream where the purpose was to safeguard areas of the planet," he said.

Create a lasting legacy
Tait raised the issue of longevity, saying: "Your purpose is something deep inside that is unwavering and sticks around a really long time, like Nike’s belief in empowerment and ‘if you have a body you’re an athlete’. That’s been around for 30 years. Purpose comes from within, causes often feel like bolt-ons. 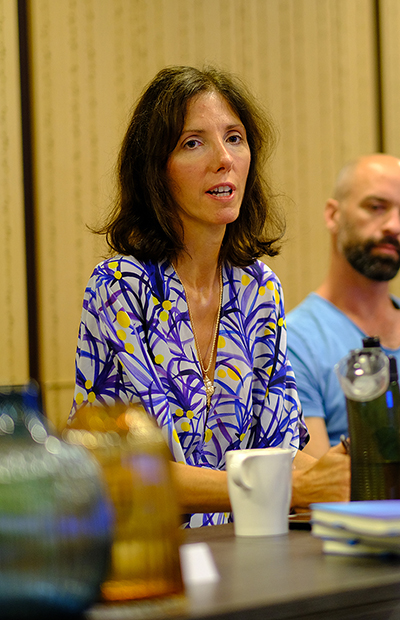 "What I like is when brands really go after something and double down on something.
The stuff that really matters is when as creative people and brands we figure out how to change what they’re about for the long term."

For KJ Weir, head of creative agency partnerships at Facebook UK, it is not all about the grand gesture. "I also love the smaller things that show representation," she said. "The Cheerios ad that shows a bi-racial couple with a baby enjoying their breakfast. Those small things can make progress in the world."

Brim added: "Representation is our responsibility."

Laurentino queried further the definition of a brand’s purpose, saying: "I am not sure the purpose of every brand is to sell. Selling is to a brand what breathing is to a human. But you can’t say that a human’s purpose is to breathe."

He added his own take on the Nike story: "Their purpose is selling shoes but he [Nike co-founder Phil Knight] believed in that. He said people were not buying his shoes, they were buying his belief and belief is irresistible."

Russ Schaller, ECD of Cheil UK, praised Tesco’s long-standing ‘Every little helps’ campaign for helping to shape a company’s entire value system. "Tesco sky-rocketed with ‘Every little helps’," he said, "because everything at the company was built around it. They remoulded the company around the advertising. It seeped through the veins of the company. It would now be easy to attach an ethical behaviour to it because ethical behaviour is more part of the agenda." 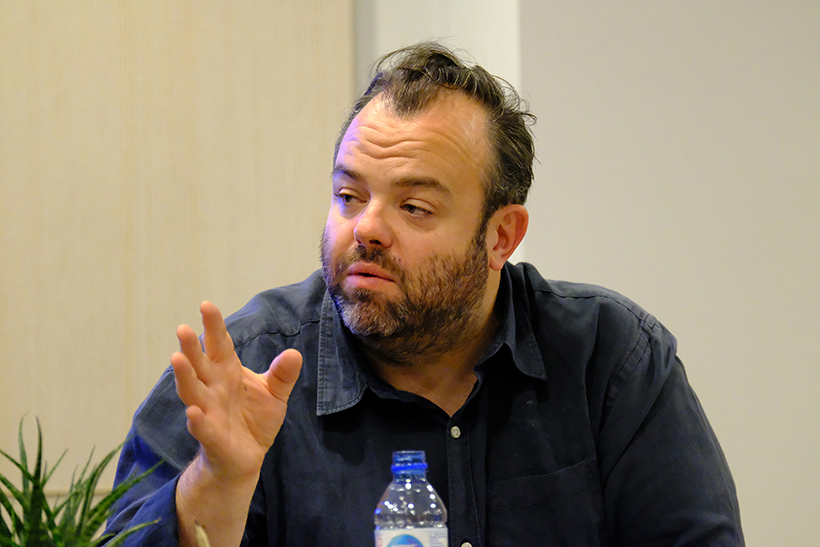 Make me smile
There is a danger, though, of assuming that purpose has to be worthy and serious. "Ice creams can be your purpose, just to make life a little bit more fun," added Laurentino. "Coca Cola the same – it was the world’s first energy drink."

But inevitably the global crisis of climate change and our greater awareness of ethical behaviour are the key influences of a brand’s future purpose. "It’s almost a case of how we redefine capitalism," said Tait.

"It’s about changing the mindset for agencies and brands – think about the next ten years," added Laura Visco, deputy ECD and co-founder of 72andSunny Amsterdam. "Create something that’s going to out-live you," said Steve Hatch VP Northern Europe at Facebook, while Roope said: "Those who resolve their standing in this world and focus on ethics will last in the future."

Sinclair concluded: "I actually want to flip purpose to legacy – what is your legacy?"

Rob Doubal, co-president and CCO at McCann UK: "A meaningful role is an interesting way of looking at it – having a role in people’s lives."

Alex Goat, CEO of Livity, the youth-led creative network. "American Eagle represent liberal and inclusive politics – they’re very clear about it and it runs through everything they do."

Dede Laurentino, CCO, Ogilvy UK: "Selling is to a brand what breathing is to a human. But you can’t say that a human’s purpose is to breathe."

Nadja Lossgott, creative partner, AMV BBDO: "Purpose-driven work that is not done with authenticity is going to land up in a cynical execution."

Richard Brim, chief creative officer, adam&eveDDB: "We have a massive responsibility to be honest. People retro-fitting purpose is not authentic and people see through it"

Nicolas Roope, creative chair, Publicis.Poke: "Those who resolve their standing in this world and focus on ethics will last in the future."

Russ Schaller, ECD of Cheil UK: "Tesco skyrocketed with ‘Every little helps’ because everything at the company was built around it."

Shula Sinclair, global head of strategy at Spark Foundry: "It’s harder for brands that don’t naturally sit in a space of cause or exist for a cause."

Iain Tait, ECD of Weiden + Kennedy, London: "Your purpose is something deep inside that is unwavering and sticks around a really long time."

Laura Visco, deputy ECD and co-founder of 72andSunny Amsterdam: "It’s about changing the mindset for agencies and brands – think about the next ten years."

KJ Weir, group head of creative agency partnerships at Facebook UK: "I love the smaller things that just show representation – those small things can make progress in the world." 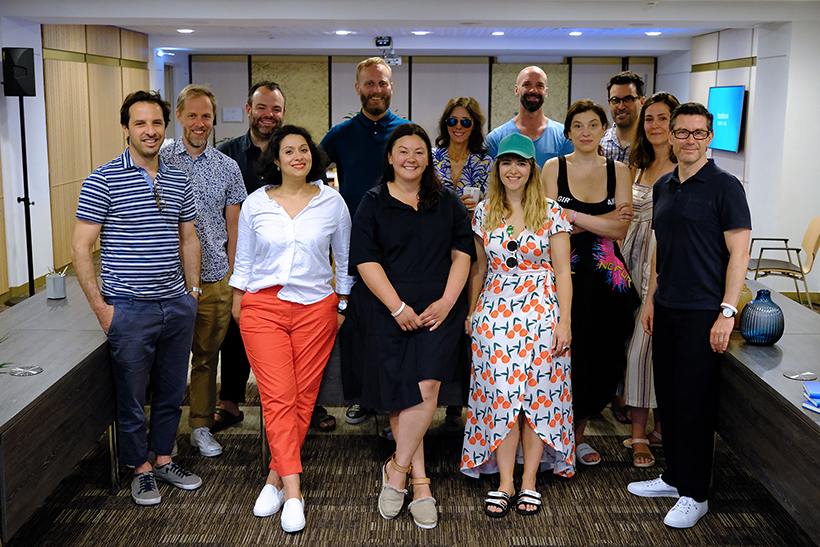 Gary Vaynerchuk: 'We're about to award people for work that no human has seen'